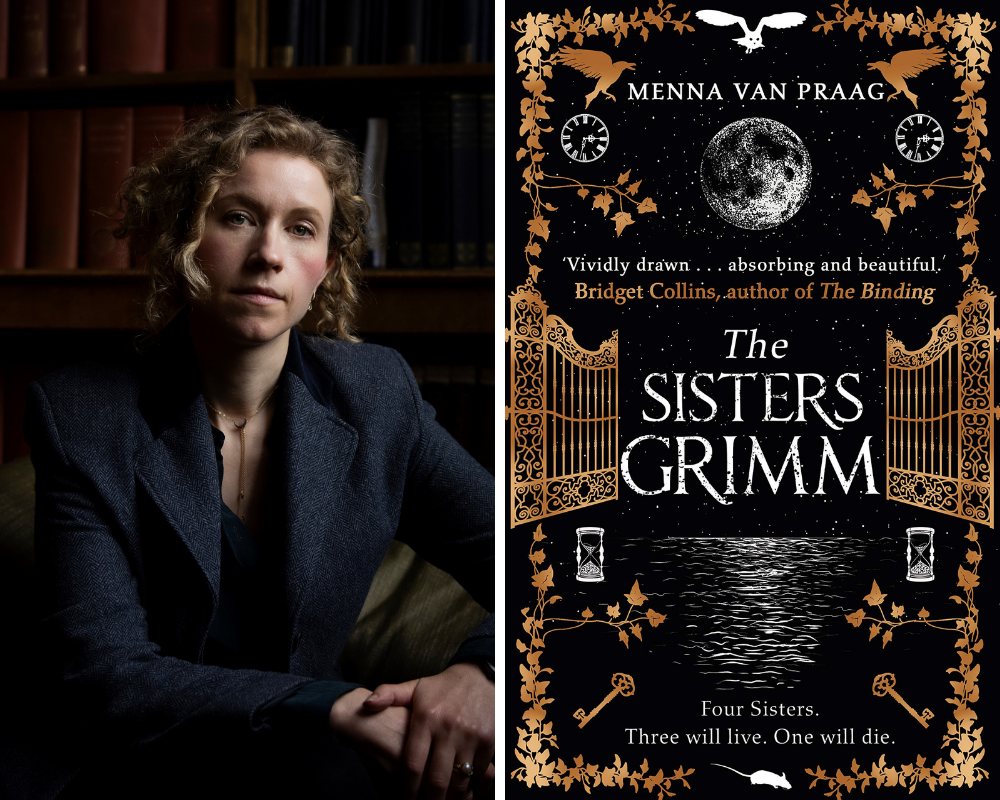 The Sisters Grimm was born with my daughter. I’d never directly approached writing or re-writing fairy tales before, but they’d always seeped unbidden into my work anyway. Like most readers, I’d already learnt the tales by heart as a child, they were the foundations of my storytelling lexicon. It was natural then that when Raffy wasn’t sleeping I began telling her my own versions of the fairy tales I’d learned as a little girl. I whispered the stories of Cinderella, Red Riding Hood, Snow White, Beauty & the Beast… But, wanting even my daughter’s earliest sensibilities to be fortifying, I changed the protagonists into more empowered versions of the ones I knew and their stories into ones that ended with self-actualisation rather than marriage.

Soon, I started to write them down. And, to my surprise, I found something different about story-telling at night. Enchanting. Elemental. Surreal. The darkness, the stillness, gave a different quality to my words. I’d only ever kept respectable hours daytime hours while writing novels and perhaps this was why I always stuck to the safe realms of magical realism before, never venturing into fantasy. Now it didn’t seem such an incredible step from one dream world into another.

Sometimes at night, while imagining stories in my mind I’d be walking my daughter around the garden – it was full of trees and ivy, like an enchanted forest. It was autumn and the leaves were falling and the air was chill. And being in this mental state of childhood and delirious and hallucinogenic with lack of sleep I started thinking of the characters in these stories – Cinderella, Red, Snow and Belle – as my fictional daughters, and as each other’s sisters. Thus the Sisters Grimm were born.

Now my daughter is nearly four and I read her sanitised versions of these fairy tales. She’s enthralled by them and, I’m sure, will be for the rest of her life. I think we’re so enchanted by fairy tales for several reasons. Firstly, because they’re so simple and the characters so two-dimensional (breaking a major rule of storytelling telling us that we must write complex and contradictory characters) that we can easily put ourselves in their place. This is especially useful because fairy tales are so short and ripe for our own personal embellishment.

Thus virtually every girl (and a good many women) dreams of living Cinderella’s story, for example. Secondly, the imagery is so vividly simple. We don’t get purple prose here. Snow White has black hair and red lips, Red Riding Hood has a red cloak, Rapunzel has golden hair, while Cinderella’s features aren’t described at all. We’re only told, as with so many of the fairy tale heroines, that she is “beautiful”. And so, we can picture them each as we wish and, all the more easily, put ourselves in their place. I believe this is why they lend themselves so well to both childhood games and adult fantasies.

It is unsurprising then that so many writers employ fairy tales in their writing, either explicitly or implicitly. Writers are first of all readers and these fairy tales are, from the very first, in our literary blood.