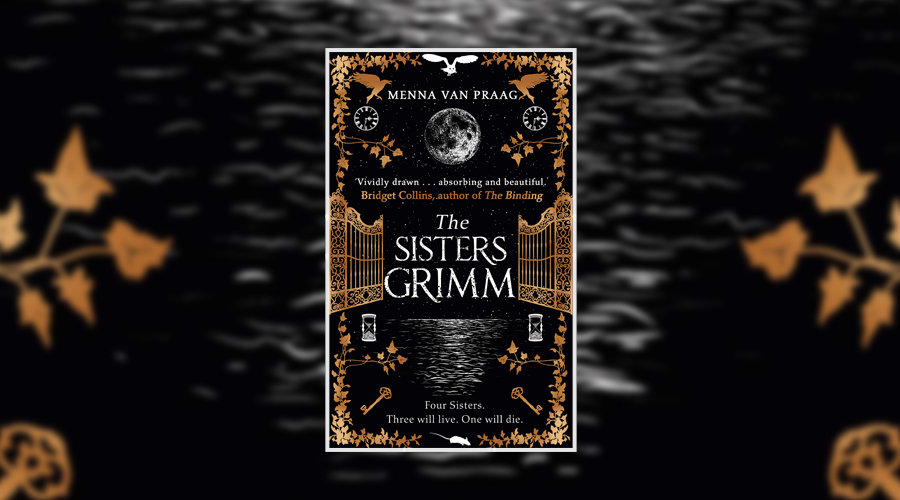 If we’re judging books by their covers, then Menna van Praag’s The Sisters Grimm is certainly one of the most beautiful books you’ll set eyes on in 2020. Thankfully, the story held within its pages – inspired by classic fairytales and their fictional heroines – is equally bewitching. Set between contemporary Cambridge and an eerie otherworld called Everwhere, this is a coming-of-age tale about four sisters born to different mothers on the same day and the destiny that entwines them.

As the prologue tells us: “There are hundreds, possibly thousands, of Sisters Grimm on Earth and in Everwhere.” Yet our guides into this enchanting world are Goldie, Bea, Scarlet and Liyana, who found each other when they were eight, only to be separated at thirteen and forget each other’s existence. Now, at almost eighteen, the girls are beginning to remember. In thirty-three days, the four sisters will meet their father in Everwhere, a place where they are more than just four ordinary girls with ordinary abilities. It’s here that they will fight for the people they love, and be forced to make a choice between good and bad.

“The Sisters Grimm are daughters of air, born of dreams and prayer, faith and imagination, bright-white wishing and black-edged desire.”

The Sisters Grimm begins on the day we meet the four girls and counts down to the first day of November when the clock stops ticking and the revelations begin. Switching constantly between Goldie, Bea, Scarlet and Liyana’s perspectives, we learn about what they love and what they fear losing. Sweet-natured Goldie works at a hotel and has to steal from guests to provide for her younger brother. Cynical Bea is studying at university and sleeping with a married professor but she’s plagued by her ‘crazy’ mother who tells her she’s destined to be bad. Scarlet is trying to save her family’s failing café whilst looking after her ailing Grandmother. Meanwhile, Liyana is on the cusp of fulfilling her dream of going to art school when her Aunt drops a financial bombshell.

The four girls have plenty weighing on their respective shoulders but it pales in comparison to the battle between life and death, light and darkness, that awaits them when the countdown is over. There’s also the added obstacle of a boy called Leo, a ruthless soldier in the impending battle who very quickly captures Goldie’s heart and has his own choice to make: one between love and self-preservation. It’s this combination of relatable real world struggles, complete with financial hardships and familial obligations, and the imaginative realm of Everwhere that makes The Sisters Grimm such a magical yet sinister read.

To create her characters, Menna van Praag thought of four fairytale characters and imagined them as sisters, giving the story a classic feel with a contemporary slant. Everwhere itself is an intricate dream world that envelops you in its mysterious fable-like charm. When the girls visit it in flashbacks, where they nurture their elemental powers, it feels as if anything is possible. Yet there’s also a genuine sense of darkness that pervades this peculiar nightscape and its enchanted forest, perpetuated by the ubiquitous presence of the half-sisters’ demonic father. The wider setting of Cambridge also provides the perfect historic city backdrop for such a many-sided tale.

The Sisters Grimm is a darkly beguiling delight that’s perfect for fans of rich and imaginative fantasy books akin to Erin Morgenstern and Neil Gaiman. Menna van Praag invites us to step into another world and completely forget about reality – and what, dear readers, could be better than that?