Jungle are not a band. They’re a machine, an entity, a force. They wear monochrome outfits and eschew spotlights, backlit onstage by their golden logo. Their album sleeves don’t list their names, and their social media presence is minimal. They work hard to preserve the magic that bands used to have in the age before the internet. They’re a mystery wrapped in an enigma, and they play some seriously funky tunes.

All of that adds up to a fizzing sense of occasion as we wait on the barrier for this intimate hometown gig to start. The crowd is already dancing to the house music, and when the lights go down the roar is massive. They walk on to a thundering soundtrack of rumbling bass, bathed from behind in the warm glow of their lighting rig. The distinctive lettering of their logo appears out of the darkness, and with all the poise that three years on the road brings, Jungle launch out into the set, a tasty barrage of syncopated grooves and organic samples. 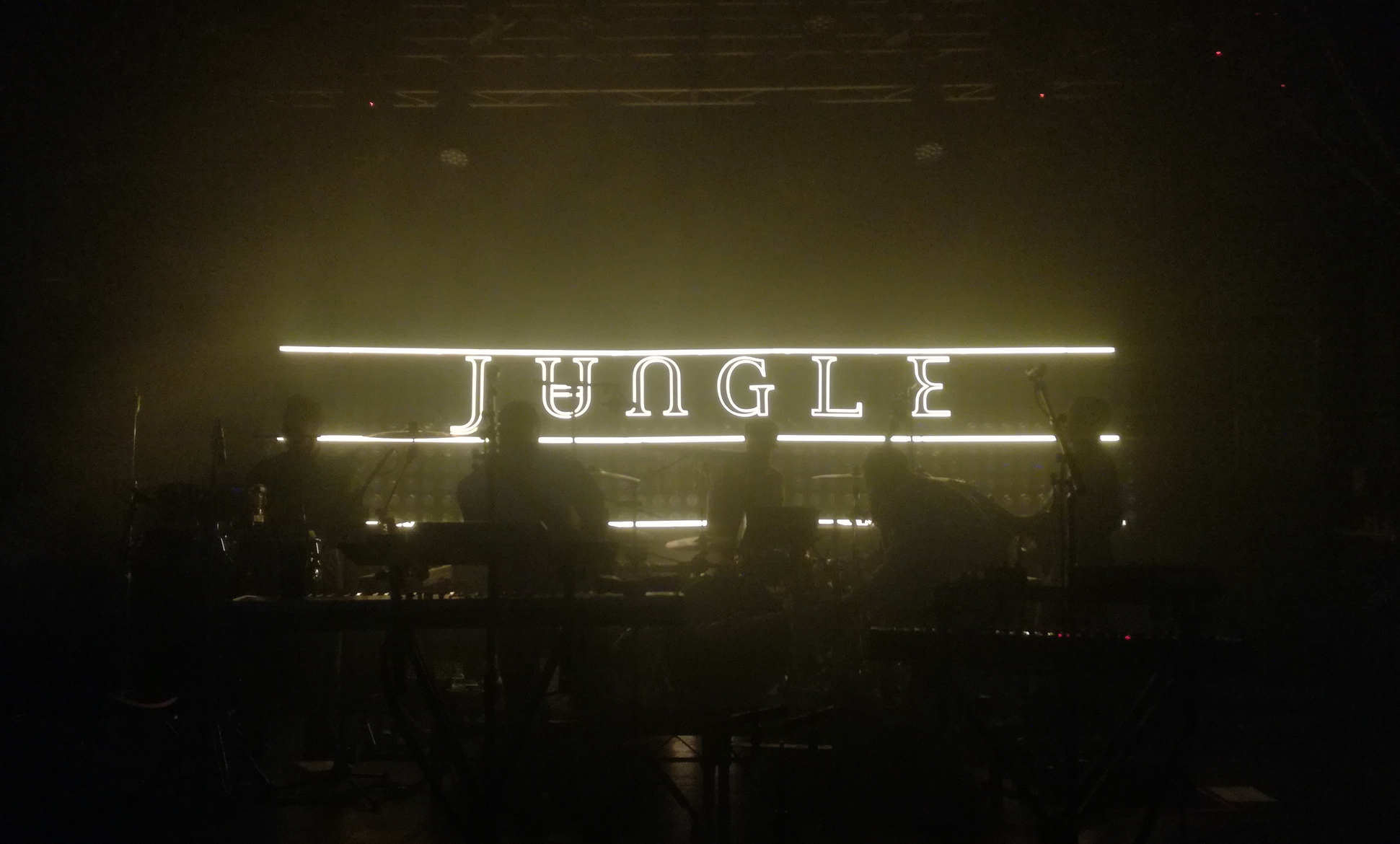 Jungle have a fearsome live reputation, and it’s not hard to see why. They manage to nail the electric funk-soul sounds of their debut album exactly on stage, every beat and synth tone placed just so, all underpinned by irresistible rhythms.

The album sounds very produced, very computer-heavy, so it’s the best kind of surprise to see the seven-piece band making those unearthly noises with guitar, percussion and drums, the keyboards played live, the thudding basslines coaxed out of wood and wire rather than silicon chips.

Also noteworthy is the perfection with which the falsetto vocals are delivered – it’s dangerously easy to let notes slip when you’re doing your best balls-in-the-door voice, but frontmen Josh Lloyd-Watson and Tom McFarland never miss. 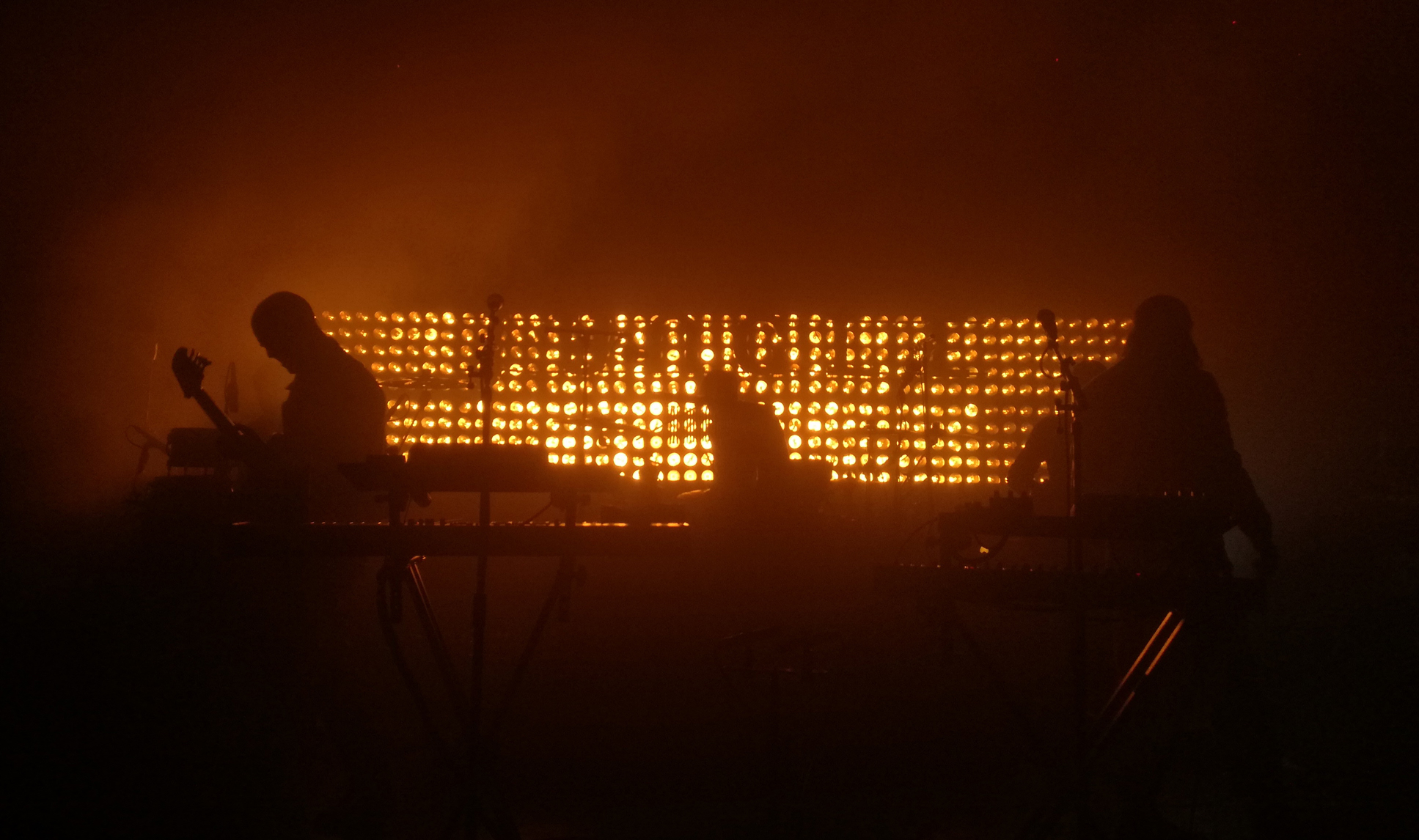 But let’s put such high-minded musical assessments aside for a moment and bask in the glory of the way it all looks. Jungle simply ooze cool, operating on some higher plane of sartorial excellence, the backing singers dancing with loose precision, the guitars all in line with the colour palette, the shattering strobes driving home the beat.

It’s not all about the stage set, though – this gig is partly about new music. The follow-up to 2014’s debut is finally on the cards, and tonight we’re treated to previews of the fresh material. It has to stand up next to Jungle’s golden oldies, to which the crowd knows every single word, which is no small ask – and we all know the dangers of Difficult Second Album Syndrome. 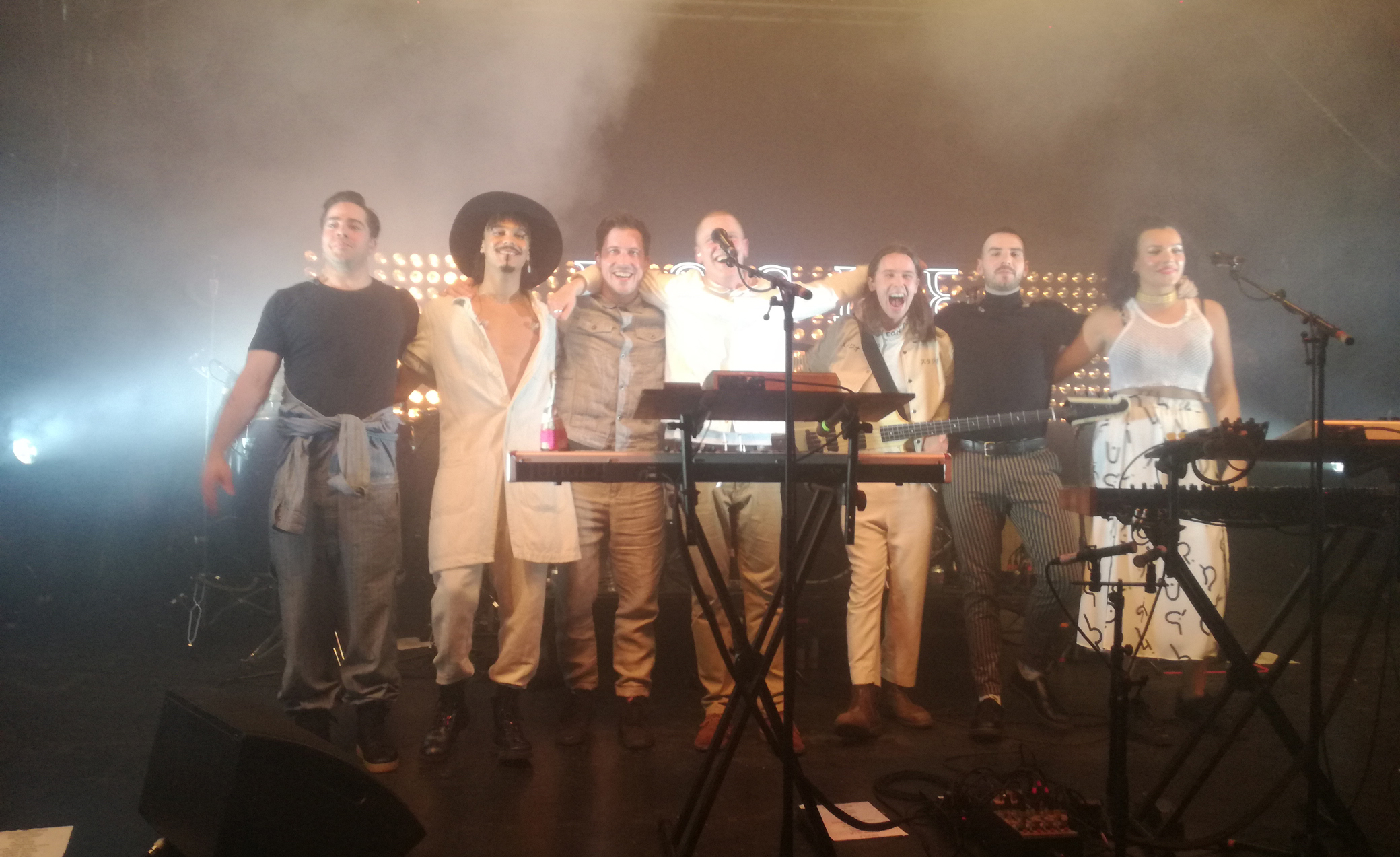 Happily, I can report that the new tunes are strong, still in the musical niche the band have created for themselves, adding perhaps a little more hip-hop to the mix but retaining that Bee Gees-meets-neo soul vibe. We may not know the songs but we’re soon dancing our rear ends off.

This gig wasn’t just fun. It was a deep experience, man – a truly original band at the height of their powers getting up close and sweaty with a cavern full of die-hards. This was The Smiths in Manchester in ’84, Nirvana in Seattle in ’91. Jungle are not a band: they’re superheroes.