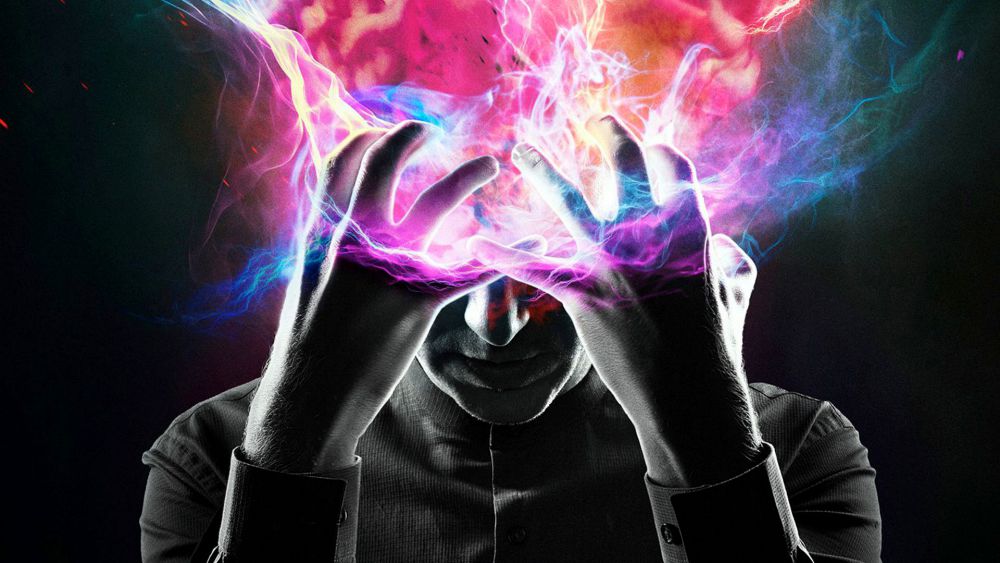 Legion finally gives us a superpowered hero on the small screen with an array of psychic powers and a more X-Men story than we’ve seen in a long time. Part suspense horror, with a Pink Floyd influenced psychedelic adventure, Legion creates an intense story, with funny lines, that manages to avoid a lengthy, boring origin story. Instead we’re thrust into a mystery that’s well written and begs the questions: who is real and who is just in David Haller’s head?

David has to be one of the most interesting characters in the X-Men roster. In fact, he’s one of the most unique, often lingering of the fringes of the main X-stories. But David has an integral role, beyond being the son of Charles Xavier (played in the films by Patrick Stewart and James McAvoy). He’s one of the most powerful mutants in the Marvel Universe, with telekinesis, telepathy and reality warping powers at his foundation.

To go into more detail about Legion and his history, for those that are unfamiliar, might give too much of the series away (assuming the creators are going where I think they are). Instead, the focus should be kept on what we’re shown in the series premiere and how the (little over an hour long) episode stayed so captivating from start to climactic finish.

Created by Fargo‘s Noah Hawley, Legion is only an eight episode, or chapter, season, meaning they are going to be cramming a lot of story into the eight or so hours. In this first outing, we’re introduced to David and how he got to the mental institution, Clockworks Psychiatric Hospital.

The soundtrack to Legion is one of the best parts, perfectly matching the different scenes and moments. The opening track, The Who’s ‘Happy Jack’, has that classic rock sound that sets the 60s scene when David grows up and into his powers. We see how this pleasant, happy child turns into the wild, untameable teen who’s quickly overwhelmed by his abilities. The voices in his head combine with his mutant awakening, leading to being institutionalised and convinced, over time, that his powers are only manifestations of his mental state. 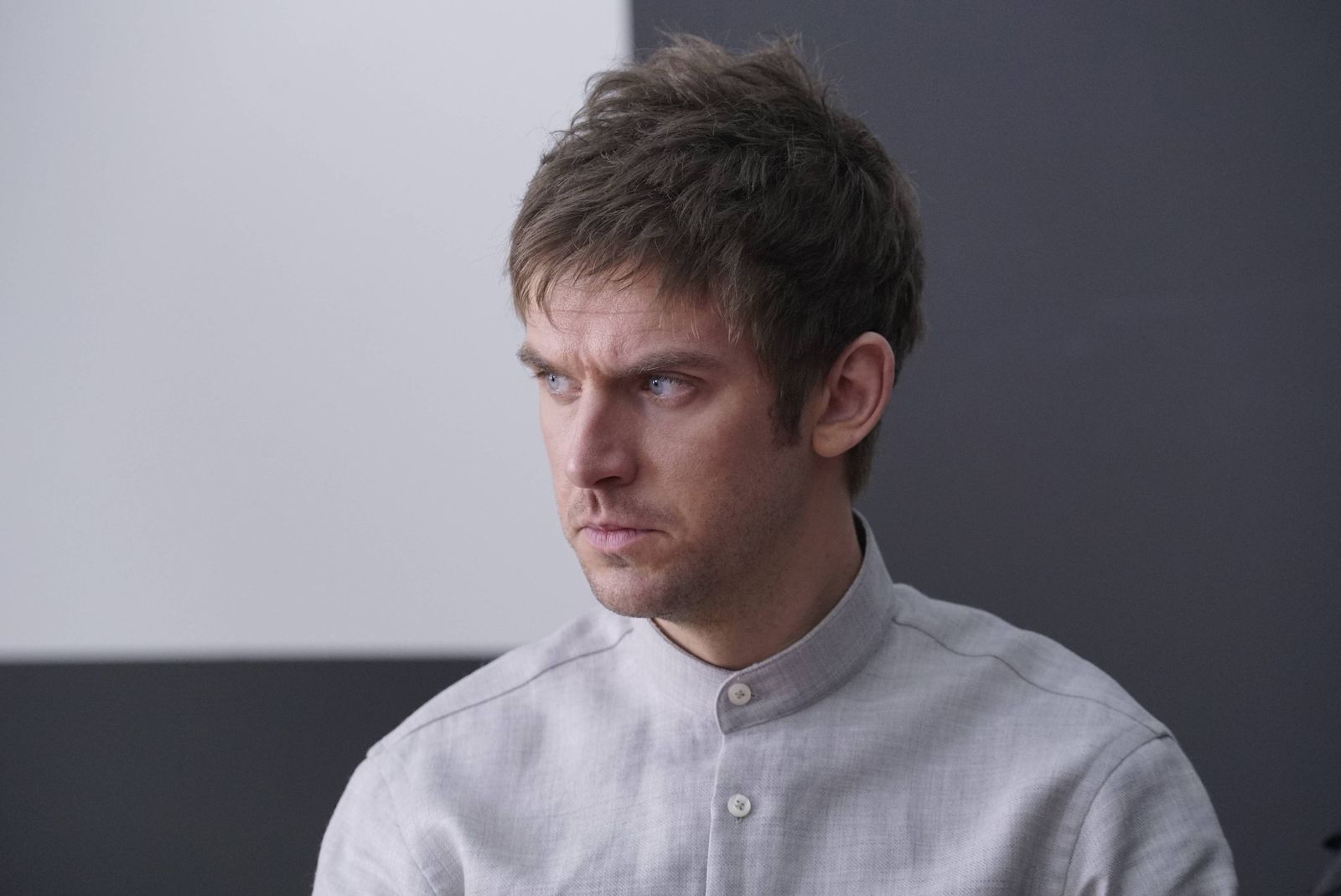 In the present day(ish), adult David has all but resigned himself to his life in Clockworks. His sister visits him to celebrate his birthday – though I did assume it was his mother for some reason, perhaps as she acts so motherly to him – and asks if he gets to celebrate. He sarcastically suggests that they have a big party and hire a DJ, before clarifying that birthdays are never marked and that it’s simply another Thursday. This humour is key to Legion’s likeability.

While Dan Stevens, who portrays David Haller, might lack the character’s signature big hair, he embodies so much of the Legion character of the X-Men: Legacy comics. He has an ease with humour; he’s quirky and often confused by his own surroundings because of all the other personalities in his head. He can also switch from vulnerable to strong within a moment, often flitting between the two.

Lenny “Cornflakes” Busker (Aubrey Plaza) is the second main character that we meet, though in perhaps a different incarnation to who she’ll be in the series. A fellow patient with her own brand of madness, Plaza has conjured a character who in the wrong hands would be irritating or stereotypically over-the-top ‘crazy’. Instead, she delivers great one-liners such as: “we here at CNN think she shows great promise” and describes Syd as having “moxie”. It might not be surprising then, considering these turns of phrase, that Lenny was initially planned to be played by an older man and that dialogue wasn’t adjusted even after the character changed.

Shortly after we meet Lenny, David comes face to face with Sydney “Syd” Barrett (Rachel Keller), seemingly a new arrival at Clockworks. David is instantly drawn to her, attracted, but not sure how to approach her. She refuses to be touched, always in long sleeves to expose as little skin as possible. Her outgoing nature, her strength, is shown in what she says, despite her reserved physicality. She says to David during one scene that he’s there because someone decided he wasn’t normal, questioning what normality is and should be. On second viewing it becomes clearer that Syd’s role seems to be that of leading David to his future. She doesn’t appear to be seeking him out but everything she says is a piece of the puzzle that gets David to where he is at the end of the first episode. 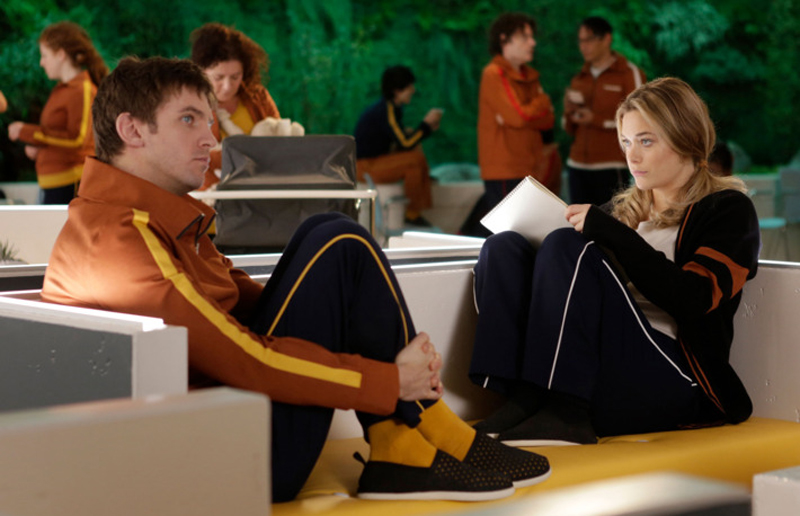 Syd becomes David’s girlfriend and we see a montage of their relationship before she announces that she’s being released. In one particularly moving scene, David and Syd are looking out at the city from a large window, their reflections clear in the glass. Syd gets David to see his reflection outside, imagining he’s free. In turn, David gets her to stand at a certain angle, not touching her, so that their reflections can appear to kiss; a moment of tenderness that is snatched away as we find David in the future with his interrogator.

The Interrogator (Hamish Linklater) is now interviewing David after an unnamed incident. The scattered nature of the storytelling conveys David as an unreliable narrator, giving teases of the important parts of the story. On reflection, I can place the fragments neatly together but they are presented in less cohesive slices of David’s timeline.

It’s at this point that the story switches from the softer tone of the romance to the dark mystery that surrounds it. We learn that David is being intentionally kept off his meds to test his mutant powers. It’s also at this point that we hear the word: mutant. For a huge X-Men fan, like me, this is a significant woo-hoo moment (Agents of S.H.I.E.L.D. can’t use it as they don’t own the rights, hence they have inhumans).

Through flashbacks we learn that on the day of Syd’s release David took it upon himself to kiss her goodbye. Then through a haze of moments we learn that Syd and David have switched bodies. A doctor hurries David, in Syd’s body, out of Clockworks, as Syd in David’s body screams with fear and desperation. David escapes, confused, and Syd unwittingly taps into his reality warping powers, trapping everyone in the hospital in rooms without doors. 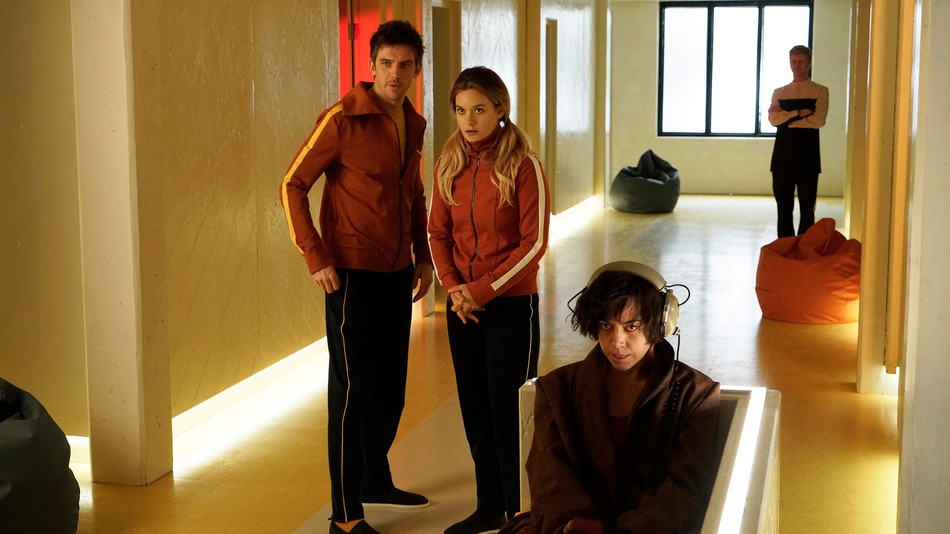 In the final act, David returns to his own body and is captured by The Interrogator, leading to the questioning scene where David tries to escape and is gassed after stabbing The Interrogator telekinetically with a pen in the face. He is then submerged in a pool with electrical cables attached, to ensure his co-operation. Here we get a great scene with plenty of superpowers and action as bullets fly and walls are telekinetically smashed around. Eventually David comes face to face with a woman called Ms Melanie Bird who asks him to take her hand.

Who knows where Legion will go next, but one aspect that is sure to be explored is David’s personalities, at least one of which appears to be his personal saboteur. This personality is referred to as the man with yellow eyes during David’s talks with his therapist and appears grinning from the shadows on the beach as he contemplates Ms Bird and his rescuers. Dramatic, suspenseful and damn cool, this is Legion.