“Some people build fences to keep people out, and other people build fences to keep people in.” It may have been written in the early 80s, but the significance of August Wilson’s Pulitzer Prize-winning play still resonates today. As the title denotes, Fences is a story about barriers; the ones designed to divide us; the ones built to break our social unity. And when considered against both the geo-political landscape and our planet’s current racial climate, it’s also a story that’s ripe for retelling.

In a literal sense, the title refers to a panel fence being erected around the home of African-American Troy Maxson, at the request of his wife, Rose (Denzel Washington and Viola Davis, both reprising their roles from the play’s 2010 Broadway revival) – the year is 1957, and the setting is the industrial city of Pittsburgh. Troy was once destined to be a big hitter in the world of Major League Baseball, but failed to make the draft; perhaps because of his colour, but more likely due to his advanced age. And though he appears content with his life now spent working as a refuse collector, his choleric demeanour suggests he is still consumed by this brutal blow to his professional past. 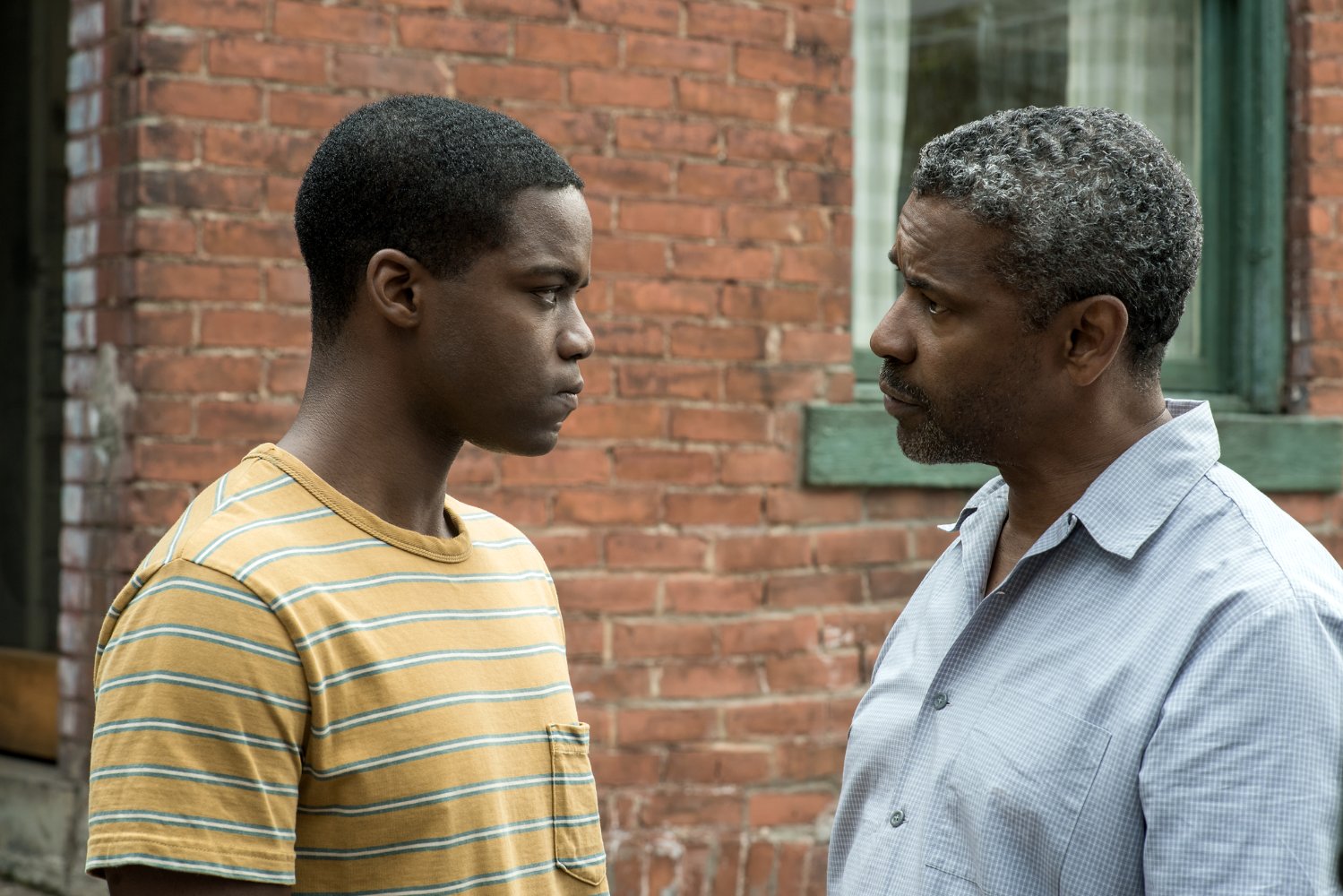 Thematically mirroring Barry Jenkins’ Moonlight and, to a lesser extent, Kenneth Lonergan’s Manchester By The Sea – two of its most distinguished Awards Season rivals – Fences dominantly deconstructs the damaging psychological effects that can be born out of an environment of aggressive hypermasculinity: Troy’s determination to give his son Cory (Jovan Adepo) a frank and focused upbringing blinding him to the fact that, in doing so, he is repeating the mistakes made by his own father – a conflict that Denzel Washington explores here, as both an actor and a director, with a pointed, dramatic ferocity.

Overcoming the trappings many directors fail to curtail when visually translating a script from the stage to the screen, Washington utilizes his camera well, transiently contrasting the wide-angle, static shots regularly held by DP Charlotte Bruus Christensen, with close-ups that allow for a heightened emotional severity. Throughout, he’s supported by a number of stellar performances from the ensemble cast: Viola Davis in particular, commanding our gaze with a supressed, defeated sadness that continues to reverberate even when the scene is silent.

Rendered directly from Wilson’s prose, the script’s stagier elements would certainly have benefitted from a polishing – the theatrically heavy second-half being noticeably at odds with the cinematic structure – but its reflections on race relations, both cultural and familial, strike with the force of a fastpitch ball launched at speed. Set in the decade before the Civil Rights Movement swept the States, Fences captures, with affecting melancholy, a period in time when America was still trapped by the troubles of its past; something that, when considered within the context of today’s socio-political surroundings – Trump, Brexit, Bannon, and the resurgence of the Far Right – remains devastatingly relevant.