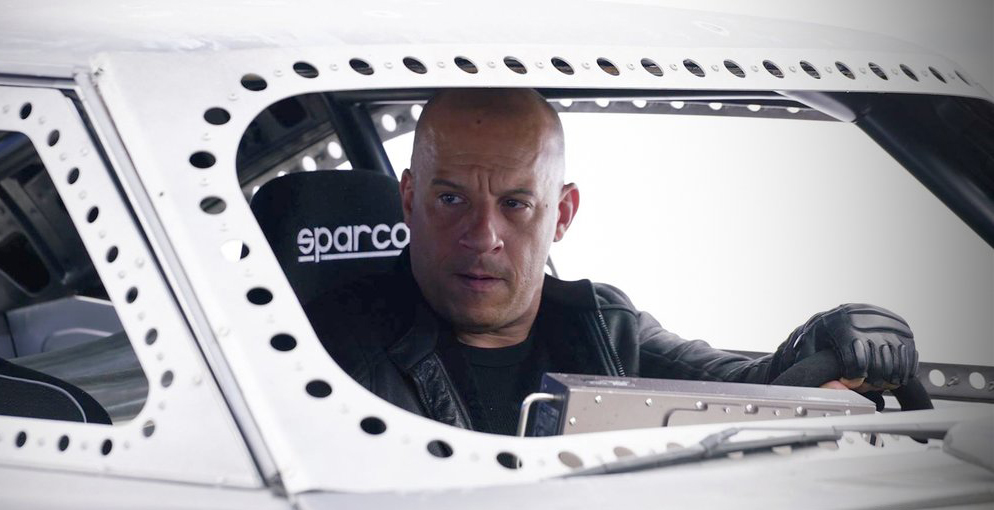 When looking back on The Fast & Furious franchise, it’s strange how a middling Point Break rip off about illegal street racers who rob big rigs in souped-up Hondas would evolve from such B-movie origins to become one of the most outlandish and lucrative film series of the 21st century. Yes, the heroes of The Fast & Furious series have come a long way since their initial inception. From the streets of LA to the drifts of Tokyo, to dragging bank vaults across the streets of Brazil to skydiving cars out of airplanes, our heroes have gone from street racers to mastermind thieves to globetrotting black ops super spies, taking on hackers, warlords, criminal masterminds and the like, leaping from one skyscraper to the next in ever more ridiculously destructive automotive scenarios.

Eight films in now, and you pretty much know what you’re getting: cars that go Vroom, things that go Boom, Vin Diesel lamenting on the importance of family, Dwayne Johnson engaging in some sweaty homoerotic banter with another follically challenged individual, and Tyrese Gibson yelling whilst said things go Boom and Vroom. Plot doesn’t really factor into these films. I mean, if you like deep storytelling, then what the hell are you doing here? Of course, the plot of Fast & Furious 8 is much the same; it’s loaded with nonsense McGuffins and moronic excuses to thrust our heroes into ever more elaborate action set pieces for…reasons. But, seeing as this is a review, I’ll do my best to lay down a brief plot synopsis for you:

Fast & Furious 8 (or The Fate of the Furious to give the film its proper moniker) begins with Dom and Letty enjoying a well-deserved honeymoon in Havana, Cuba. Whilst there, Dom is approached by the mysterious hacker known as Cipher (a stoic, dreadlocked Charlize Theron) who shows him something on her phone that persuades Dom to betray his team and go work for her instead. Cue a lot of driving, a lot of globetrotting and lots of automotive destruction as Dom’s former gang – led by Hobbs (Johnson) who’s now teamed up with former adversary Deckard Shaw (Statham) – must do everything they can to take down their previous leader, whilst uncovering Cipher’s master plan which includes something to do with an EMP, a Russian nuclear submarine and holding world leaders “accountable”. That’s about all you really need to know as far as ‘the plot’ goes. 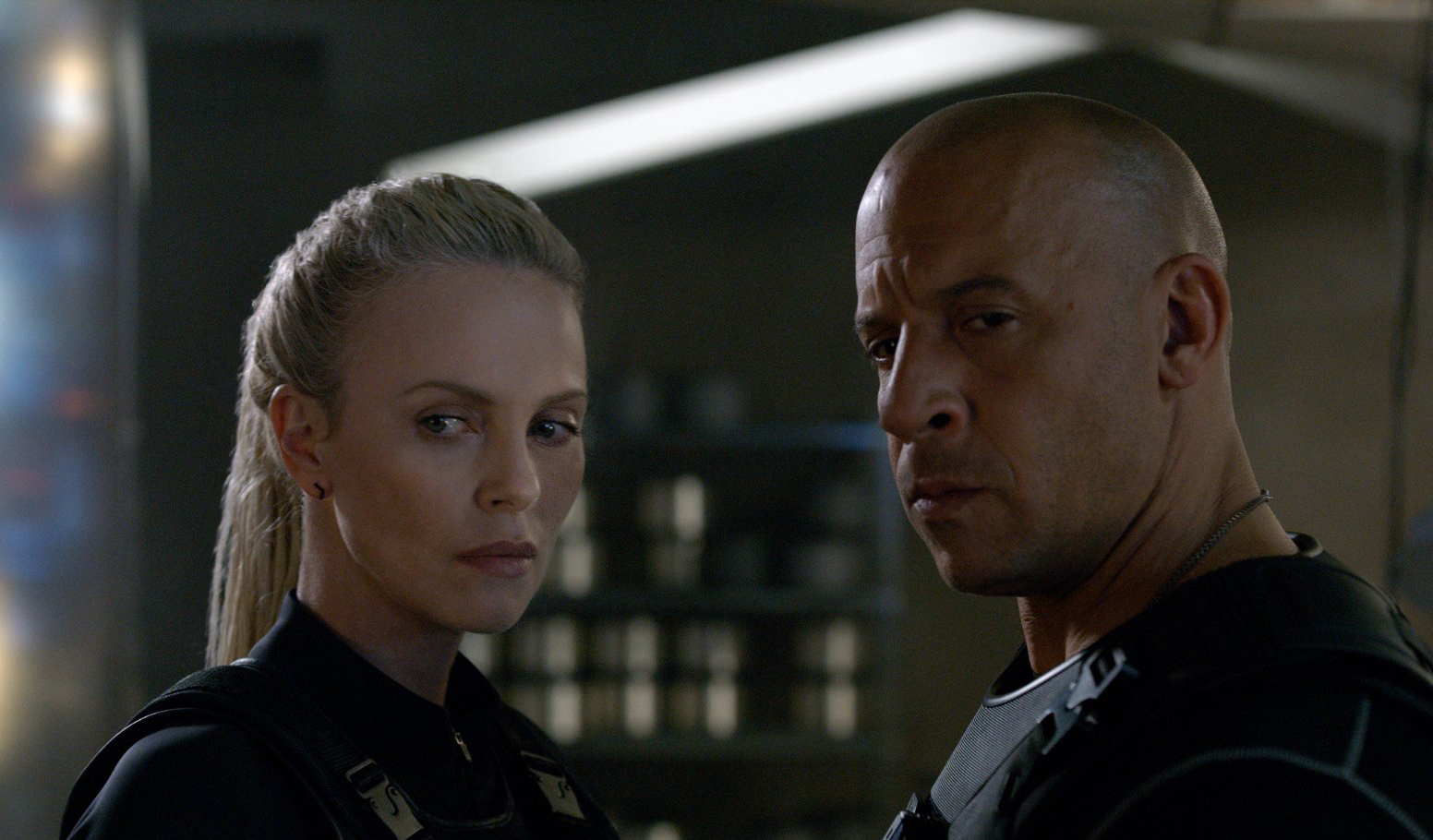 Cohesive logic? Forget about it. Gaping plots holes and general gibberish tech nonsense? You betcha! A random prison break scene involving Johnson and Statham that serves no narrative purpose beyond seeing these two muscular behemoths engage in some fisticuffs with some faceless thugs? Why the hell not? Also, it’s a little confusing as to why the crew would even team up with Statham’s Shaw in the first place, considering he tried to murder them all throughout the entirety of the last film and actually succeeded in killing Han at the epilogue of part six, which was actually the midpoint of part three and….

And well, who cares, really? You don’t watch Fast & Furious 8 for cohesive narrative logic – you watch it for revving engines, tires screeching, feet pounding on pedals, thumbs pushing buttons to ignite NOS, scantily clad ladies bending over engines and good looking people in large groups dancing to some sick beats. Thankfully, in regards to the majority of these things, Fast & Furious 8 delivers by the bucket load. Director F. Gary Gray, stepping into the franchise for the first time, ably handles the action with aplomb. A set piece in New York involving Theron’s character turning the streets of Manhattan into her own personal destruction derby is a particular highlight, as is the bravura final extended sequence so frequented in the trailers, set on an icy Russian tundra involving multiple vehicles and a nuclear submarine firing torpedoes. Statham meanwhile gets bonus points for a thrilling fight aboard a plane, which to give any more away, would venture into spoiler territory.

Charlize Theron, meanwhile, continues her ascent to action heroine icon status following her stint in Mad Max: Fury Road and her upcoming brawl-athon Atomic Blonde. Although here, she’s actually a little wasted, reduced to spending the majority of her time orchestrating events from on board a plane ten thousand feet in the air. As for the rest of the cast, they do their usual thing quite admirably: Vin Diesel gruffs, Johnson is as charismatic as ever, and so on and so forth. The film could’ve done with a little less Tyrese though – his incessant screeching every time a car gets bumped and his attempts at some cringe-worthy one liners can become quite grating by the time the finale rolls around.

Fast & Furious 8 is a worthy addition to the franchise that’s sure to satisfy fans, doubtful to convert many new ones. But seriously, eight films in, you should know what you’re getting into by now.