‘The Pyramid at the End of the World’

Yet the ending was… odd. The episode built well – from the sudden arrival of the Pyramid as intertwined with the bio-lab issues, through to the unilateral military surrender as things truly went wrong at the lab – towards a juicy setup for the Doctor and Bill. He, blind and trapped behind a mechanically locked airlock with a bomb to sterilize the outbreak. She, the only remaining ‘power’ left in the Pyramid to give ‘consent’ to the Monks to restore the Doctor’s sight and take control, after the deaths of the three military chiefs from the US, China and Russia (oh, and the UN Secretary General who totally wasn’t meant to be a riff on Ban Ki-moon).

In a nutshell, there were two outcomes: the Doctor dies in the blast and the planet resists the Monks, or Bill consents ‘with love’ and the planet is given to the Monks. Perhaps it’s naïve to think the former would ever be allowed to occur, and perhaps it did make sense for Bill to act as she did from her character’s perspective. Even then… will there be a more perfect setup for an early regeneration, or a regeneration in general in the near future of the show? Such is the constant rule bending, death-defying nature of Who, it’s hard to make a logically necessary regeneration take place. Russell T Davies and David Tennant did it brilliantly at the end of ‘The End of Time: Part Two’ to end the Tenth Doctor’s era. And here we had something similar; the Doctor knew that if he lived, the planet surrendered. His death had actual, emotional and narrative value in the context of the episode. And can you imagine the stakes with the new, Thirteenth Doctor thrown immediately into a world that doesn’t even want to be saved? 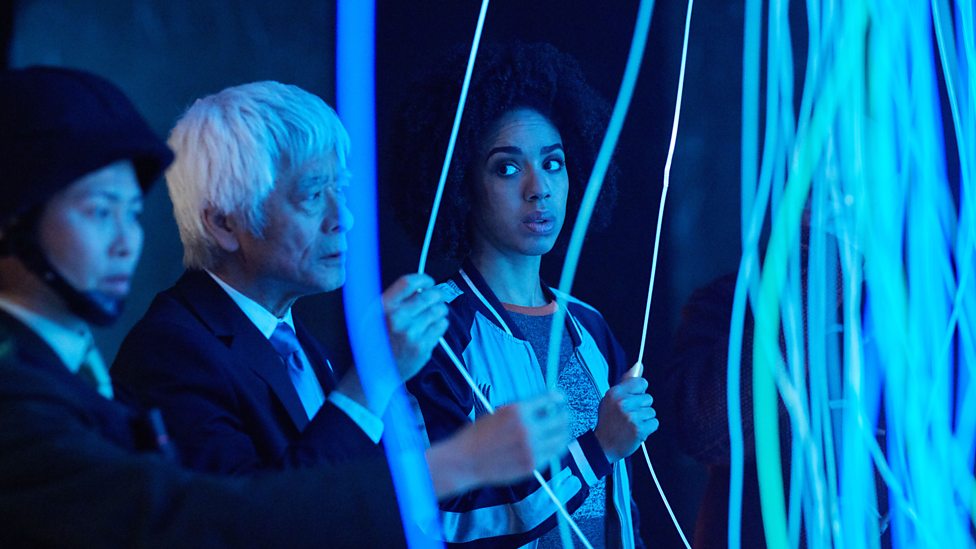 As I said, perhaps it’s naïve to think the show would go for such a shock move, especially given the New Who precedent of a farewell tour before a reset, as opposed to mid-series regenerations. But if there was never a chance of a regeneration happening, then the ending seems, if not anticlimactic, then a bit dulled. Bill might have been acting to save the Doctor, but it becomes harder to take when you factor in the fates of those who tried to consent before her. If she’s consenting out of fear that someone she loves will die, isn’t that still fear rather than love. Technically, that’s the same reasoning behind the surrender of the militaries – they fear that their loved ones and the planet will die in the foreseen dystopia – and we saw how that turned out. It ended up feeling a bit like the episode had to end with consent given to the Monks to setup the third part, and it was just a matter of engineering a situation to make that happen. Which would be fine, if they had actually made it so that consent was narratively logical. But it relied on the Doctor choosing to reveal the secret of his blindness to Bill, but not the ‘secret’ that death isn’t really death for him, and then for her, in the knowledge of what the Monks have done and can do, to choose the Doctor over freedom. It makes sense, but only from the narrow point-of-view of Bill loving the Doctor. Anything else gets factored in, and it rather spoils the episode.

The episode, however, as mentioned at the start, was otherwise strong. After the successful frenzy of last week, with locations and concepts aplenty, this week was more focused. There was the Pyramid, there was the lab, and there were the Monks. It allowed for (slightly) slower pacing, and a bit more character work than last week. Bill’s development towards the end I’ve already mentioned, but really that character time actually went outside the central three. Erica and Douglas in the lab were given extended time to setup the outbreak, albeit to drive home his incompetence and hangover as foreshadowing (though the fact he was played by Tony Gardner was perhaps enough of a hint that he’d be the tragic fool of the episode). The three military heads, meanwhile, spent enough time on screen to believably go from coordinated attack to coordinated surrender.

So it’s hard to know how to judge the episode. It was strong… until it wasn’t. Complicating matters is the tease for next week, which seems to be an alternative-universe type thing where the Monks have always been in charge, statues and all. Which sounds weirdly amazing, and so makes my opposition to how we got there wane slightly. But that’s for next week!