Into the Unknown: A Journey through Science Fiction review

Are we sure that was an episode from the Moffat era, and written by the man himself? I feign confusion, not because of an issue of quality – I loved ‘World Enough and Time’ more than I’ve possibly loved any Moffat era episode (recency bias, perhaps) – but because it was an episode that was very Russell T Davies in design.

Since Moffat’s soft-revamp of the show beginning with the Eleventh Doctor and series 5 in 2011, structure has gone out the window. Season-to-season, some have almost exclusively consisted of two-parters, some have entirely consisted of single episodes, and some seasons have been split in two, the middle being marked with an Americanised ‘mid-season finale’ (remember when ‘Who takes America’ was a thing back around season 6?). And the episodes themselves have been fairly flexible, too; the ‘three-part’ Monks Trilogy ended up being three distinct episodes with the Monks as a disparate running thread.

Traditionally, though, you’d know what you were getting with a RTD two-parter: one episode of build-up, and one episode of payoff. A single episode has to cram both parts into one 45-minute slot, which usually means the sacrifice of concerted build-up in favour of the carnage it brings; the RTD two-parter format meant we got due diligence on the build-up and the payoff. The mid-season two-parters had a good track record, but the first episode was particularly effective for the season finales; there is value to a debate about how ‘good’ some of the finales are as an overall product, but those extra 45 minutes meant a big finale had time to be big. Think about the reveal of the ‘ghosts’ being Cybermen and the Void ship opening to reveal the Daleks in ‘Army of Ghosts’, or the invasion of the Toclafane at the Master’s command in ‘The Sound of Drums’. 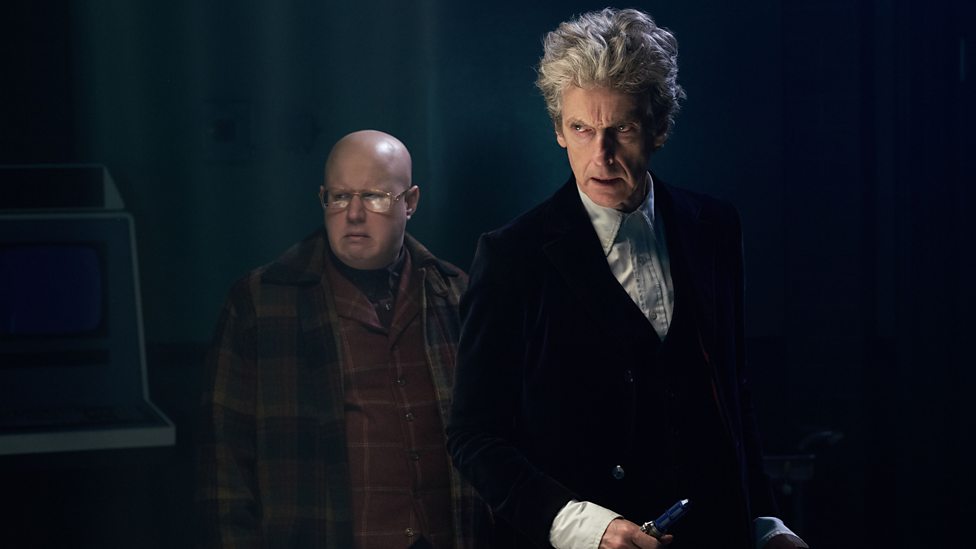 Whether we do get a second part that also mirrors the RTD style remains to be seen; the next time trailers suggested a far more expansive plot than simply a loyal continuation of the one we’ve already got. But ‘World Enough and Time’ took the superb structure of an RTD first-part, and did something brilliant with it.

For me, this was nothing to do with ‘reveals’ or twists. Given the media frenzy that surrounds the show – and more importantly, is actively fuelled by the show itself, through those myriad next time trailers immediately following the episode, all over YouTube, Twitter and so on, and through copious strategic leaks to Radio Times among other publications – there were none, not really. John Simm’s return of the Master has been teased to the point where it’s more open flirtation with the audience, and Bill Potts’ finite lifespan on the show has been public knowledge for some time too.

Some of the audience wouldn’t have known either element, and so for them this was an episode made even better by the surprise factor. For the initiated, the closest to surprise came in how those elements came to pass. The Master was hiding in plain-sight – though not in quite the same way as back in series 3 – while Bill died off-screen, in the first-part of the finale. Given the timey-wimey difficulties of bringing Master and Missy together, one might’ve expected a grander, more explosive entrance, and perhaps the biggest shock over Bill was that her initial ‘death’ wasn’t a fake-out, as it seemed to be. She survived for years afterwards, thanks to the black hole, but that was the catalyst that directly lead to her ‘upgrade’.

Given the readiness of shows and films to give up their own spoilers as marketing and promotion in the present era, one could argue that it’s a clear sign of quality where the shock factor is removed, but the enjoyment, tension and emotion remains. That, for me at least, was the case here. Perhaps Moffat has a knack for Cybermen, as this joins ‘Dark Water’ on my list of favourite Moffat episodes. Then again, ‘Nightmare in Silver’ balances the scales alone given how bad it was. 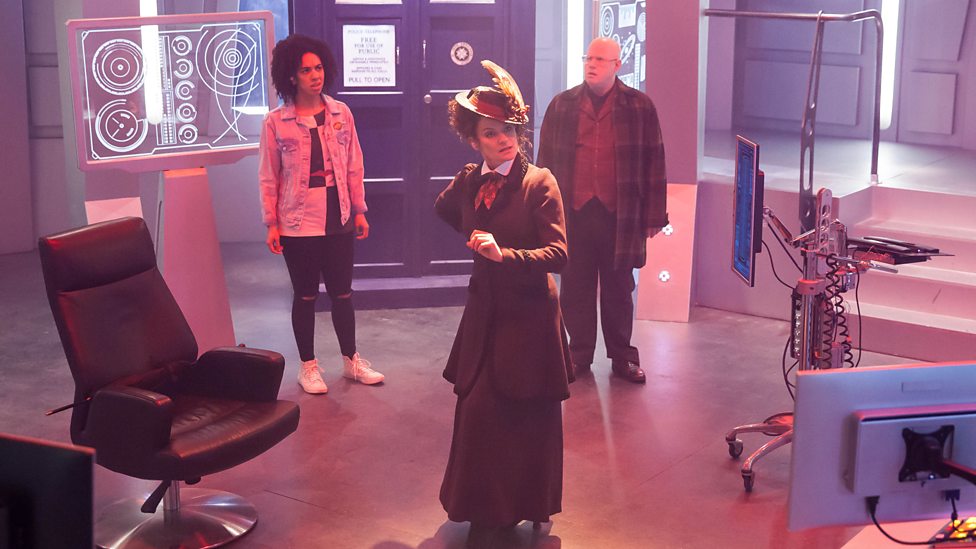 But there was just so much to like about ‘World Enough and Time’. Yes, the reasoning for ‘testing’ Missy continues to be contentious (Can she be good? Possibly, probably. Does that actually explain why the Doctor is certain she can be good, and believes she’s changed enough to be trusted in the outside world despite zero on-screen evidence of this? Not really.), but the execution of the test itself made for a great ‘start’ to the episode. I say start in inverted commas because of course, it was preceded by a non-linear cold open, but we’ll come to that later.

Putting Missy in the Doctor’s shoes allowed the writing to flesh out just how different they were. There were the obvious differences – Bill and Nardole are variously companions, disposables etc. but never friends – but more interesting were the basic differences of approach. Missy carried her trademark energy and flamboyancy, but, unlike the Doctor, she didn’t bother asking rhetorical questions to get an answer she knew. We didn’t get more of her before things started going wrong, but even a ‘good’ Missy isn’t a patient Missy. Nothing can probably change that.

And so we came to the slow-burn development of the Mondasian Cyberman. Like the 2006, re-introduction, this was palpably dystopian, but in a different way. Where the 2006 version was cyberpunk factories, vicious instruments and loud screams (as well as Tight Fit’s ‘The Lion Sleeps Tonight’…), this time, the approach was eerily sparse. A hospital, patients going into ‘conversion’ and out the other side, cloth-faced. And in 2017, no can hear you scream; there’s a volume switch. It remains to be seen how this fits into the established Mondas canon – whether this is the origin of the Mondasian Cybermen, or a variation – but there were roughly the same ideas in place.

Thematically, it was similar – a dying race needs to become stronger – and the same creepy looks and voices, too. The 2006 version were hulking, imposing enemies, effective in their own way, but the original 1966 Cybermen worked so well, even when rewatching episodes long after the cheap costumes and effects had gone out of date, because they were visibly human. They were changed, upgraded, but still human; they had hands. It’s a credit to the episode – and perhaps to the influence of Capaldi as the catalyst for bringing them back – that all that’s been done is add slight touches to bring them into the 21st century, because they work just fine as characters even now.

Which brings us, in a roundabout way, to Bill. It isn’t the first time we’ve seen a lead character be upgraded, but come on, this was clearly superior to the whole Danny Pink thing. She waited for the Doctor, as he subconsciously implored her to do, but her fate was sealed, more or less. She couldn’t leave the hospital or she’d die, and by staying in the hospital, she died. It was an unwinnable situation, and for her to be able to win it, even temporarily, would’ve been disappointing (*cough* ‘Pyramid at the End of the World’ *cough*). In a way, it was a fairly understated departure, tricked by the Master to the operating chamber, and that was it. But had it been grander, had she died with the Doctor watching (*cough* Clara in ‘Face the Raven’ *cough*), then it would’ve become a case of ‘why didn’t he stop it happening’. She died in the way that so many of the others in that hospital had died – in spirit, but not in body. 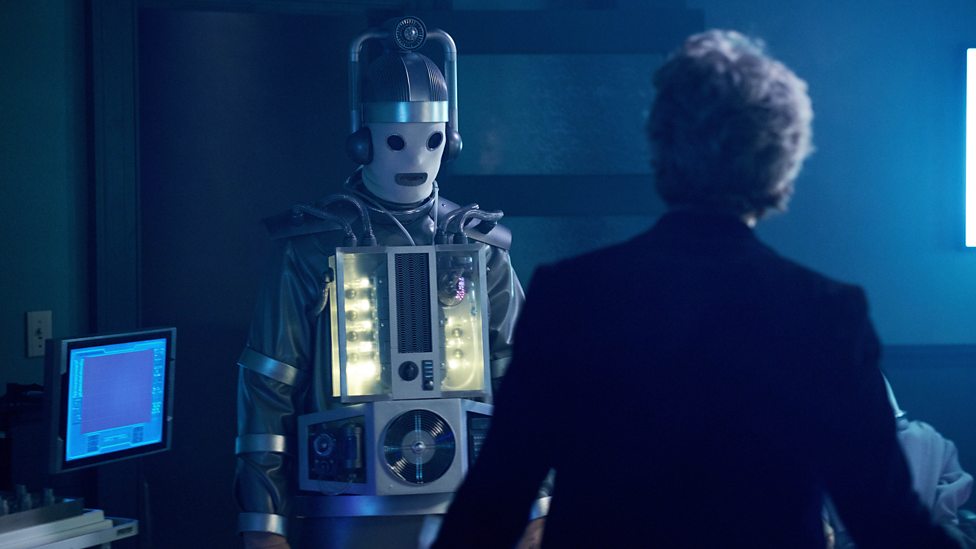 You’ll notice I am definitely saying ‘died’, past tense, definitive. That’s because I bloody well hope she is actually dead, and actually is a fully-converted Cyberman. For a start, the basic logic – she had clearly been converted, and it was made clear that it was her, too, thanks to the zoom on her eye. Added to which, Moffat implied on the after-show that ‘this was it’ for Bill (he could be lying), and the aforementioned departure of the character from the show (which could be false, or could have been changed following the positive reception of the character since then). I’ve grown to like Bill, despite not expecting to, but can someone actually, really, die this time? Never mind the irritation of another fake-out, we’ve already had this exact brand of trickery with the aforementioned Danny Pink as the ‘good Cyberman’. For the good of the character, let her stay dead.

As for the tear coming from Bill’s eye, I hope that’s a nod to the teardrop design of later Cyber-variants (as well as recognition that her pain may have just been ‘turned down’ rather than abolished), and not a sign that she may somehow make a full return to the show. In terms of full returns to the show, as said above, we still don’t know how or why we’ve got the Master back, but already I’m excited. The shot of him and Missy standing either side of ‘Cyberbill’ at the end was pure menace, and the combination of the two next week should be superb.

So finally, I’ll touch on that cold open, which has only one thing to say: The Doctor’s regenerating. Given that’s it, the rest is pure speculation along two lines: where and when the regeneration is taking place, and why we’re seeing it at the start of this episode. In the latter case, who knows – even with the RTD-style episode, Moffat loves his non-linearity, and Moffat loves his teases. This fits both criteria perfectly. In the former case, you’d still have to assume it’s a scene from the Christmas Special. The single point of interesting speculation is that while it’s expected that Capaldi will regenerate at Christmas, there’s no word on when in that episode it’ll happen. You’d assume it’s at the end, leading to an epilogue of the kind that introduced Tennant, Smith and Capaldi himself, but that little scene in the snow seems to directly allude to Snowcap base from ‘The Tenth Planet’.

Follow that rabbit hole far enough, and perhaps the Doctor only just survives the events of next week, to regenerate into the Thirteenth early on in the Special. A Thirteenth who, if rumours are correct, would be joined by David Bradley playing William Hartnell’s First Doctor. Who himself regenerated at the end of the 4th serial of ‘The Tenth Planet’. Maybe it all links up. Or maybe it’s meant to look that way to generate hype (*cough* The Lie of the Land *cough*), and it basically means nothing whatsoever. We’ll soon find out.

Into the Unknown: A Journey through Science Fiction review