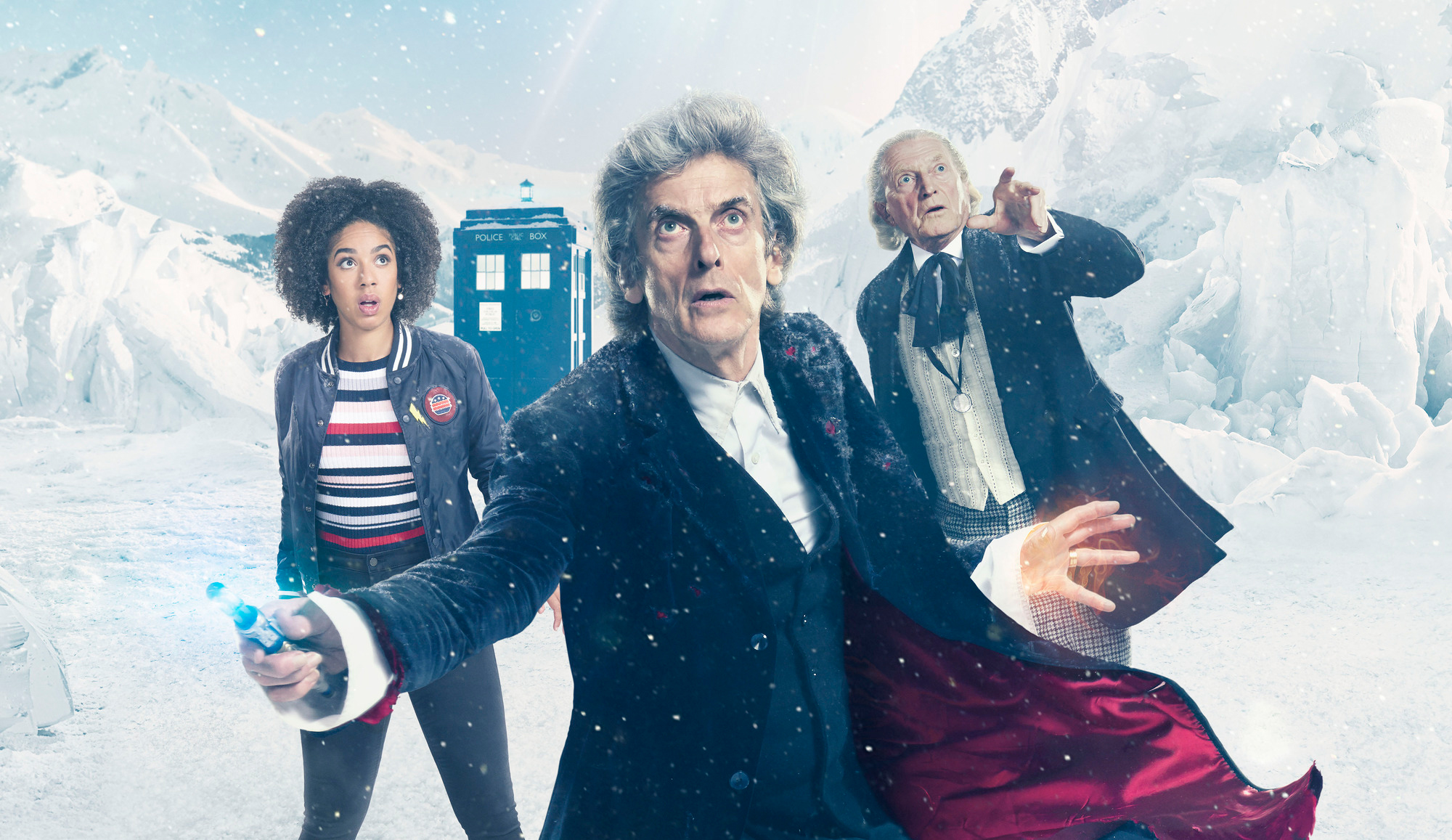 How is it that, after 12 previous Doctor Who Christmas Specials – that makes me feel old, thinking back to ‘The Christmas Invasion’ – this is the first time the focus has been on the Christmas Truce of 1914? Alright, technically, it’s not the first Who usage overall, with semi-canon prose and comics having visited the moment, but it’s the first on-screen. Really, it provides a kind of answer to another persistent question at this time of year: how many more Christmas Special ideas can there really be for the show?

There are only so many ideas for a show at any time of year, so narrowing that down to snow, festivity and so on only makes it more difficult. There have been famous moments of the past and of fiction, alien invasions, alien planets, and significant episodes in the canon with more at stake than just ‘the meaning of Christmas’. What’s immediately impressive about the 13th such special, this year’s ‘Twice Upon a Time’, is that it manages to weave together almost all of the above, to relative success. The Christmas Truce in Ypres sits alongside the final moments of the First Doctor’s life in ‘The Tenth Planet’, the appearance of a new, enigmatic alien interference, and the return of Bill Potts among other cameos. We’ll get to all those elements in due course, but in the end, this was an episode that was unavoidably about the end, as one Doctor bowed out, and another entered the fray.

Peter Capaldi’s best moments on the show have played upon his Thespian qualities, and his capacity as an actor to monologue like the best. The famous speech in ‘The Zygon Inversion’ has undoubtedly come to define the Twelfth Doctor in outlook and demeanour, and while his final words here didn’t have quite such a substantial context to draw from, they were elevated by Capaldi’s sincere delivery. It was, as he noted , ‘basic stuff’ – “Never be cruel, never be cowardly” – but it managed to accomplish the same fourth-wall-breaking send-off as previous exists in a less disconnected way than, say, Matt Smith ever did. With Smith’s departure, it felt a bit like the Eleventh Doctor had already gone and this was quite literally just Smith saying goodbye: “I will not forget one line of this, not one day, I swear. I will always remember when the Doctor was me”. Here, Capaldi and Twelve were blended together far better, culminating in a powerfully calm inversion of the Tenth Doctor’s classic “I don’t want to go”, as Capaldi/Twelve declared: “Doctor, I let you go”.

Whittaker’s introduction also bucked the established trend of frenzied blabbering that has usually, and memorably, accompanied the new Doctor. There were no comments about hair colour, teeth, age, or anything. Instead, all those emotions and observations, and all their insight into the newcomer, were coalesced into one simple line, delivered with a perfect sense of enjoyment by Whittaker: “Oh, brilliant!”. A bit of a hint of the Yorkshire accent, a far more visible smile, and that was it. Leave the discovery of the Thirteenth’s personality and character until next year. 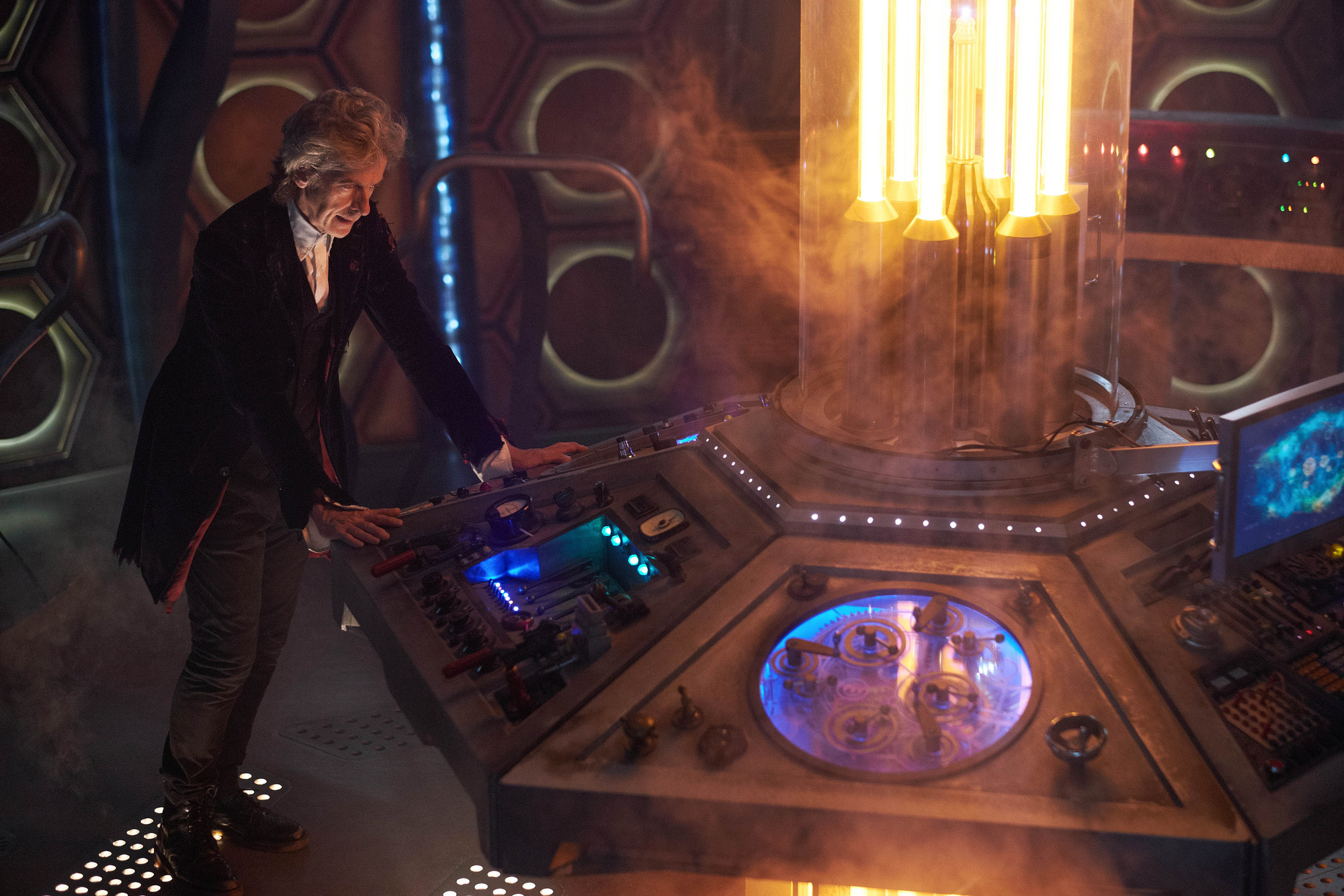 The remainder of the introduction, and the episode, seemed slightly contrived. Obviously, the TARDIS had to die so that the interior decorators could get to work and really make it Whittaker’s TARDIS. But, did it have to be done in a way that seemed to make it so that Thirteen directly caused the destruction? Everything had gone slightly quiet, and then she presses the single button, and that is what causes the further chaos? It’s a small thing – the TARDIS, as I said, was going to die regardless of how – but it was rather unnecessary ammunition for the anti-female Doctor bigots, given this was the same exact situation as that which greeted the ‘new’ Eleventh Doctor; the regeneration causes the destruction, and the new Doctor is thrust into the mayhem. Here, for whatever reason, the editing created a clear chain of causation that didn’t really need to be there. Still, it’s not quite the same situation; at least Eleven still had their TARDIS. Thirteen will obviously get hers back in due course, but for now, she’ll have to do without, which could make for an interesting first episode next year.

Working backwards slightly, there were, as is also now customary, returning cameos for old companions. I don’t think I’ll ever enjoy those moments; they take you out of the action in the same way as the aforementioned ‘actor’s speech’, but more significantly, they tend to overwrite previous, better endings for these characters. Still, as far as they go, the reappearance here of Bill, Nardole and Clara wasn’t so bad. Bill played a large role in the episode, and further, that role was directly to the reality that she was dead. And at least this time the focus was on the latest companions, with Clara’s brief appearance giving way to a sincere hug between the Doctor, Bill and Nardole, which was fittingly facilitated by the Testimony programme. It did mean, however, that Clara had been caught on the wrong end both times, having been overshadowed awkwardly by visions of Amy during Matt Smith’s departure, and again, here, ceding the floor to Bill and Nardole.

As for the rest of the episode Testimony made for an interesting, if not exactly innovative, concept; picking people up just before their moment of death, recording their ‘testimony’, and then placing them back into the timeline accordingly. It almost felt like something that could or should fit into a larger, more substantial arc during a main series episode or two. Indeed, perhaps it will be, given its placement during the transition from the Moffat era to the Chris Chibnall era. Then again, it was slightly close to the initial illusion of the Missy arc, and perhaps we had the best use and resolution to the idea in this episode; something that seemed naturally to be a threat, only to be revealed as ultimately benign. That is was a threat that wasn’t a threat at all seemed to make the Doctor slightly sad, as if the absence of danger had lifted a weight off his shoulders, but that the resultant resolution meant the last chance to be ‘himself’, and to need to save the day, had gone. 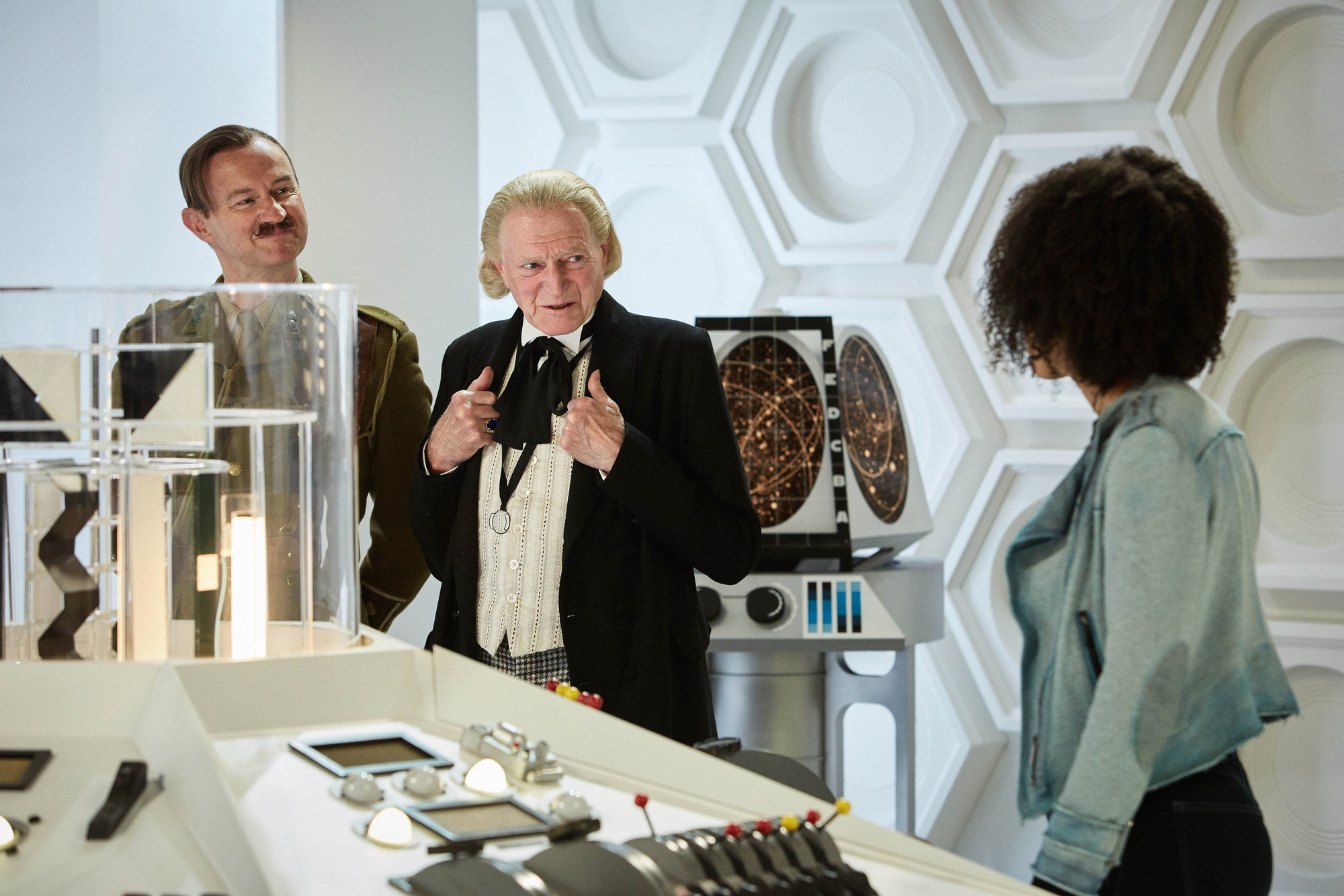 Mark Gatiss’ character, ‘the Captain’ – or, as was revealed, Captain Lethbridge Stewart, grandfather, and great-grandfather of the two familiar members of that family, because of course he has a connection to the life of the Doctor – had made peace with the idea of death, even if he had lost the feeling for it through the ‘timeline error’. The Doctor, though, wanted to fight until the last breath, because for most of the episode, he planned for his last breath to be The Doctor’s last breath. He wanted to rest, but felt that he could rest when he was dead. Being the Doctor on, y’know, Doctor Who, that changed – and had to change – by the end, so that he had accepted that his death wasn’t the Doctor’s death, and that the universe needed him.

There was of course, another Doctor in this episode, ‘the original’, as he assertively noted to Twelve. David Bradley, stepping in again for the long-deceased William Hartnell following his previous appearance as Hartnell and the First Doctor in An Adventure in Space and Time, did a fantastic job. It’s hard to properly celebrate his performance, because Bradley is known enough in his own right for other roles that he could never just sink completely into being someone else. And equally it’s not an exact rendition of Hartnell, because how could it be? But it is close enough, and faithful enough, that the best praise one can give him is to not mention his performance much at all. There was never any point of thinking ‘he’s not really Hartnell’, and instead it was easy enough to just see the First Doctor alongside the Twelfth. As far as Bradley goes, that, surely, is all that matters.

So, that was the Christmas Special that was. A solid episode to close the year on, but also, a far above average episode with which to say goodbye to both Capaldi and Steven Moffat. The former will be dearly missed, though I’m not sure I can say much of the same about Moffat. He’s had good episodes, good moments, and good casting, but too often that’s come unstuck through shoddy plotting or tacky scripting. What can we expect from Chris Chibnall, then? His Doctor Who pedigree isn’t especially promising, but hopefully more inspiration is drawn from Broadchurch than anywhere else. It’ll be a while to wait, regardless, with series 11 not expected, apparently, until Autumn 2018. Until then!