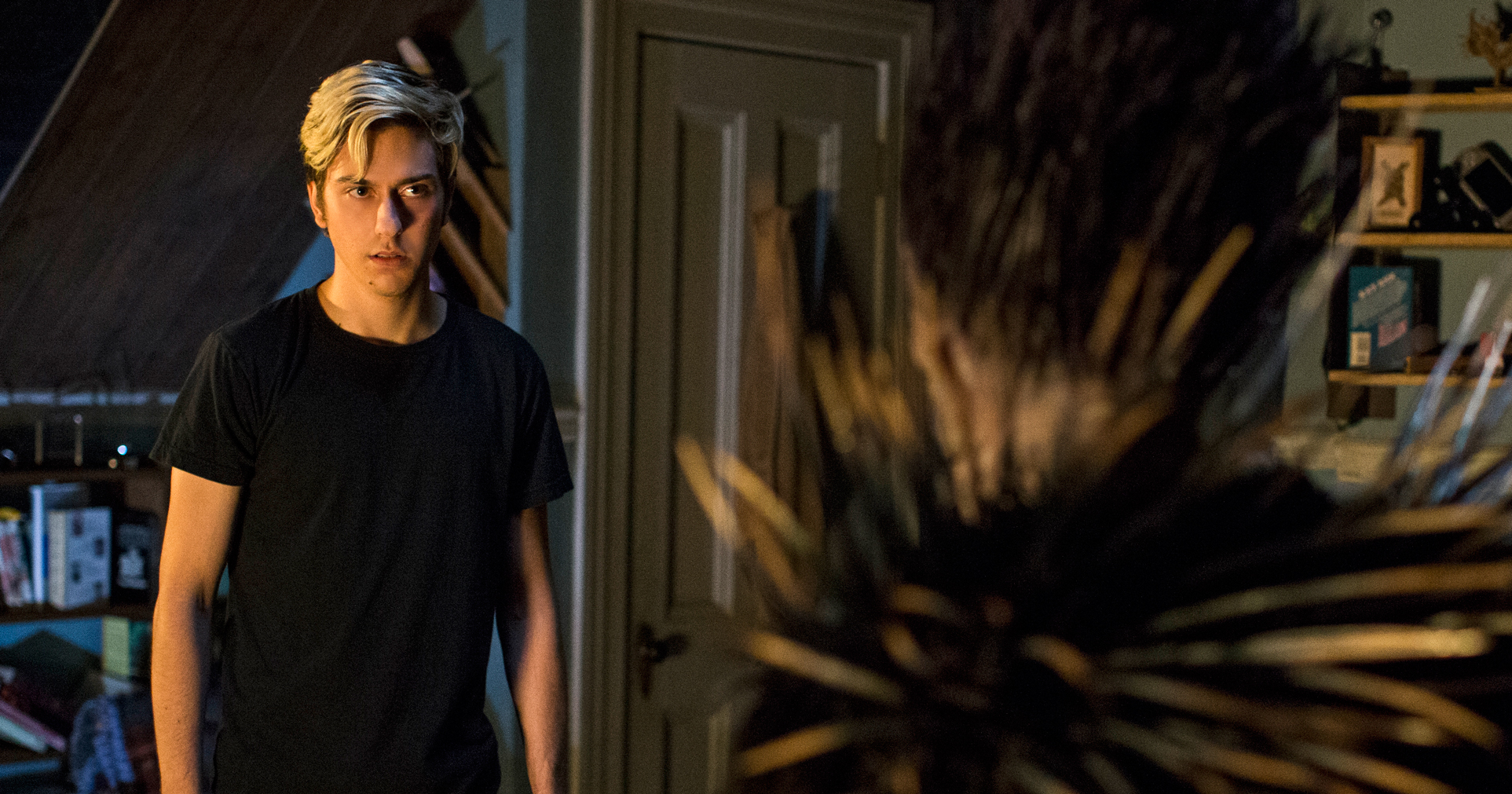 The Japanese manga series Death Note, written by Tsugumi Ohba and illustrated by Takeshi Obata, has inspired its fair share of adaptations, including a 37-episode anime series, a prequel novel, video games, a musical and a series of live-action films. The latest in the franchise is Adam Wingard’s fantasy horror-thriller of the same name, which transports the story to present day Seattle and hits Netflix from 25 August.

Condensing the original manga plot into 101 minutes, this American reboot sticks fairly truthfully to its source material. High school student Light Turner (Nat Wolff, Paper Towns) happens upon a mysterious supernatural notebook, ominously named Death Note, which grants him the god-like power of being able to kill anyone by simply visualising their face and inscribing their name on the pages. Incredibly bright but a bit of a social outcast, Light seems like the ideal recipient for such a powerful object; he’s got a lot of pent up anger, he’s sick of sitting on the sidelines of injustice, and he wants to make bad people pay for their sins.

With the notebook in his possession, Light meets its keeper, a death god known as Ryuk (played with delightfully demonic hysteria by Willem Defoe, Spider-Man), who explains the rules and encourages the teenager to start utilising his brutal new power. A school bully is Light’s first victim, followed by the man who killed his mother, and soon Light is dishing out justice vengeance on criminals under the name of Kira. Margaret Qualley’s (The Leftovers) bored cheerleader, Mia, becomes Light’s partner in crime, as they get off on dealing out death and evading the enigmatic, highly skilled detective known as L (Keith Stanfield, Atlanta), who’s hell-bent on stopping the equally feared and revered faceless vigilante. 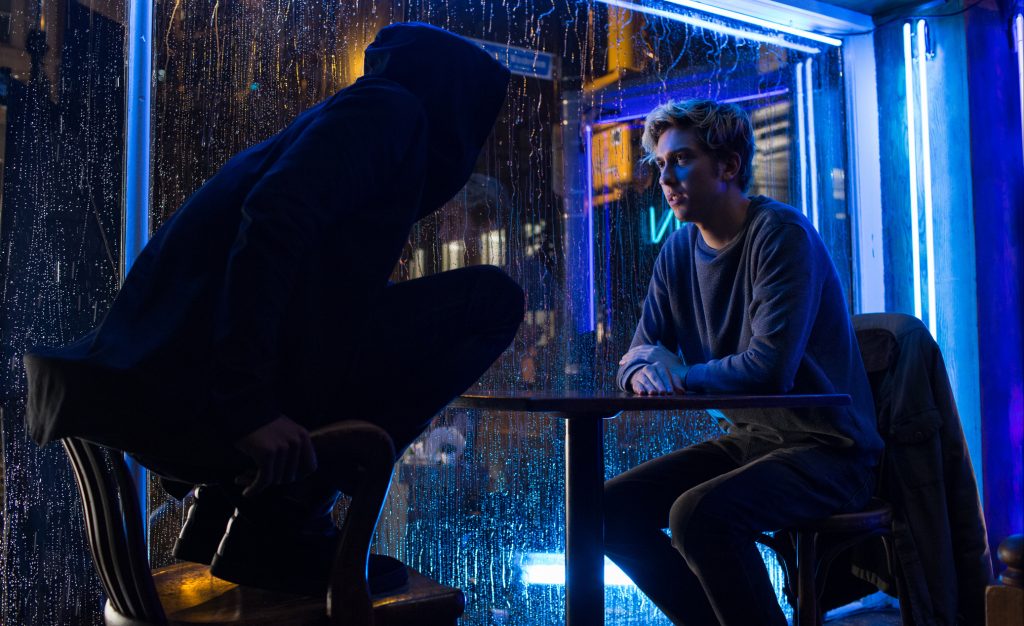 The problem with fitting a multifaceted manga/anime series into just over an hour and a half feature is that something has to go. Wingard (director of You’re Next and the recent Blair Witch remake) knows how to create a tense, eerie atmosphere but character complexity is thrown out the window to make room for angsty teens and camp death scenes. The blood and guts gore-fest wavers between being amusingly over the top and nose-scrunchingly icky. And whilst it does help to show the magnitude of Light’s throwaway decisions, many of the more interesting plot points and character moments feel hurried along: Ryuk’s mythical origins, L’s childhood backstory, or the relationship between Light and his detective father (who has no idea the man he’s chasing is in fact his son).

Yet despite its rushed, occasionally patchy story, Death Note is still an engaging, stylish and surprisingly fun film to get on board with – perhaps more so if you’ve not watched the original because there’s nothing to compare it to. Light and Mia’s god complex is fascinating as they go from genuinely wanting to make the world a better place to actually enjoying the carnage they’ve created. Right from the beginning their relationship feels like a ticking time bomb and in the end their own survival comes down to which one of them is more unhinged. 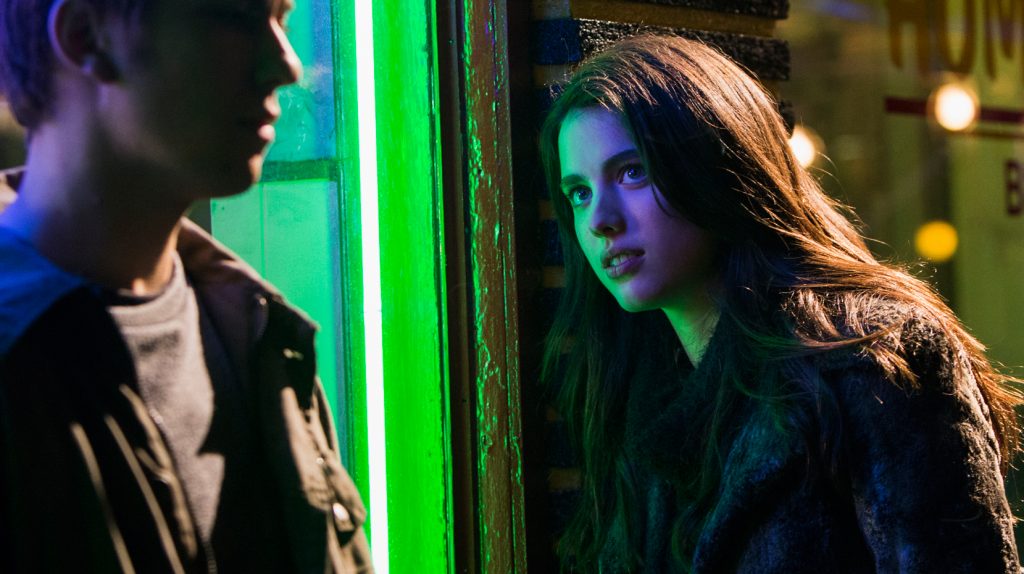 Light has a line he’s not willing to cross – in this instance it’s not writing his dad’s name in the book – but delusional Mia doesn’t have that same streak of humanity. Both Wolff and Qualley put in compelling performances, making you believe in their doomed romance. On the other side of the fence is Keith Stanfield’s L, whose angular frame and eccentric, slightly neurotic personality makes him an unlikely but likeable opposing force. However, it’s really the supporting cast that hold the film together, in particular Shea Whigham who’s a reassuring presence as Light’s father. He’s slightly detached from his son but still ferociously protective (a moment where Det. James literally attacks L after he accuses Light of being the mass-killer is perfectly acted out).

Bringing the same entertaining mania that he brought to the Green Goblin in Spider-Man, Willem Dafoe is the underused voice star of Death Note, relegated to the shadows for much of the film but still an intense presence throughout. Then there’s Paul Nakauchi’s Watari, L’s right hand man, who gets a rough deal of driving the plot toward a breakneck speed climax without us knowing anything much about him. Nakauchi still manages to make the most of his limited scenes, giving L the impetus he needs to really bring Light down.

With unnerving music, moody lighting, some stylish cinematography and a gripping finale that leaves room for a sequel, Death Note doesn’t get everything right but it does capture the essence of the original manga and anime, which should please fans of this long-running franchise.

So bad, they’re good: The greatest anti-heroes on TV