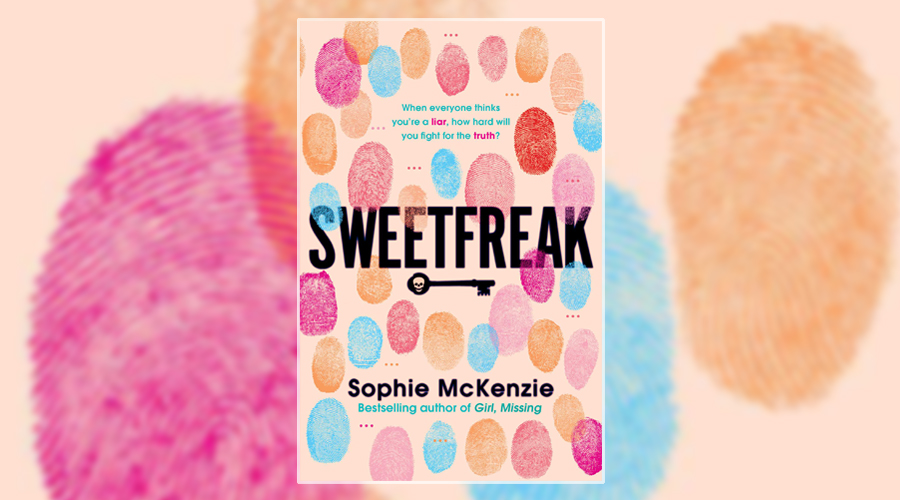 Since writing her debut novel, Girl, Missing, back in 2005, young adult and psychological thriller author Sophie McKenzie has won various awards and penned a number of series including The Medusa Project and the Luke and Eve trilogy. Her latest YA book is the addictive SweetFreak, a scarily realistic cyber bully story full of lies, betrayal and duplicity.

Teenager Carey Logan’s normal life is thrown into chaos within the opening chapters of the book, as her best friend Amelia becomes the victim of an online troll who goes under the name of ‘SweetFreak’. What begins as disturbing videos and offensive digitally manipulated pictures, soon evolves into alarming death threats and all Carey can do is tell her friend to ignore, delete and forget them. It’s not long before the police arrive on Carey’s doorstep and accuse her of sending the venomous comments and threats. With all evidence pointing to the abuse being sent from her laptop, Carey becomes an instant social pariah at school and even her mum is sceptical of her innocence.

As the virtual abuse spills over into reality, everyone becomes a potential suspect to Carey and her once safe life spirals into one of distrust, loneliness and fear. Determined to clear her name and prove to Amelia, her family and the police that someone is framing her for a cyber crime she didn’t commit, Carey tries to figure out who the mysterious and cruel troll is before her life is irreparably ruined.

SweetFreak is a riveting, page-turner of a book that’s frightening in how accurately it portrays online and offline harassment. Amelia might be the initial target of the troll but Carey becomes every bit the victim too, as she’s ostracised by her friends and loses control of her life. It’s disturbing how quickly everything gets out of hand too, as rumours are started, gossip spreads and hate is fuelled by social media. Add in identity theft and a potential abduction and this teen cyber bully story takes on a very Gone Girl twist.

McKenzie is adept at getting into the minds of young adults, exploring their anxieties and vulnerabilities as well as their dependence on the Internet and social status. She brings a little crime and mystery into the tale, as the police close in on Carey and she’s forced to go on the run to find out who’s really sending the messages. There are plenty of surprises and red herrings along the way, as the story speeds towards an edgy and exciting conclusion.

The best YA books are the ones you can devour in just a couple of sittings and SweetFreak is the ultimate read-in-a-day book. A must-read for fans of teen drama.

SweetFreak is published by Simon & Schuster on 24 August 2017