Kelly Reichardt’s films are often composed of women and nature. Rural America, the setting of Certain Women, Meek’s Cutoff and Wendy and Lucy creates strong, independent people. Certain Women, a triptych of tales, homes in on women from different experiences. Each person established in their community circles already. When put face-to-face with the arrogance of the men that surround them we see their resigned frustration. But society has changed and, like the train that booms down the track in the opening shot, the future is coming and these certain women are leading the charge for an equal place in the world.

Laura Wells (Laura Dern) is sleeping with a man (James Le Gros) on her lunch break. He’s a burly, bearded gentleman and their relationship may only be these secret moments. She’s a lawyer and represents many clients but one (Jared Harris), in particular, is struggling with a settlement from his previous employer. Gina (Michelle Williams) is a married mother. Between her runs (and sneaky smokes) and a home life that includes a moany teen (Sara Rodier), she is in the process of taking hold of some sandstone to build an interesting feature for their still-to-be-made house. Jamie (Lily Gladstone) is a horse rancher. She wakes up at the crack of dawn as the sun peeks through the morning clouds, to feed the horses and let them roam. But her days are monotonous and one evening she follows cars to a local school, where an evening class takes place. The teacher is Elizabeth Travis (Kristin Stewart) and Jamie is deeply inspired by this knowledgeable, city girl. 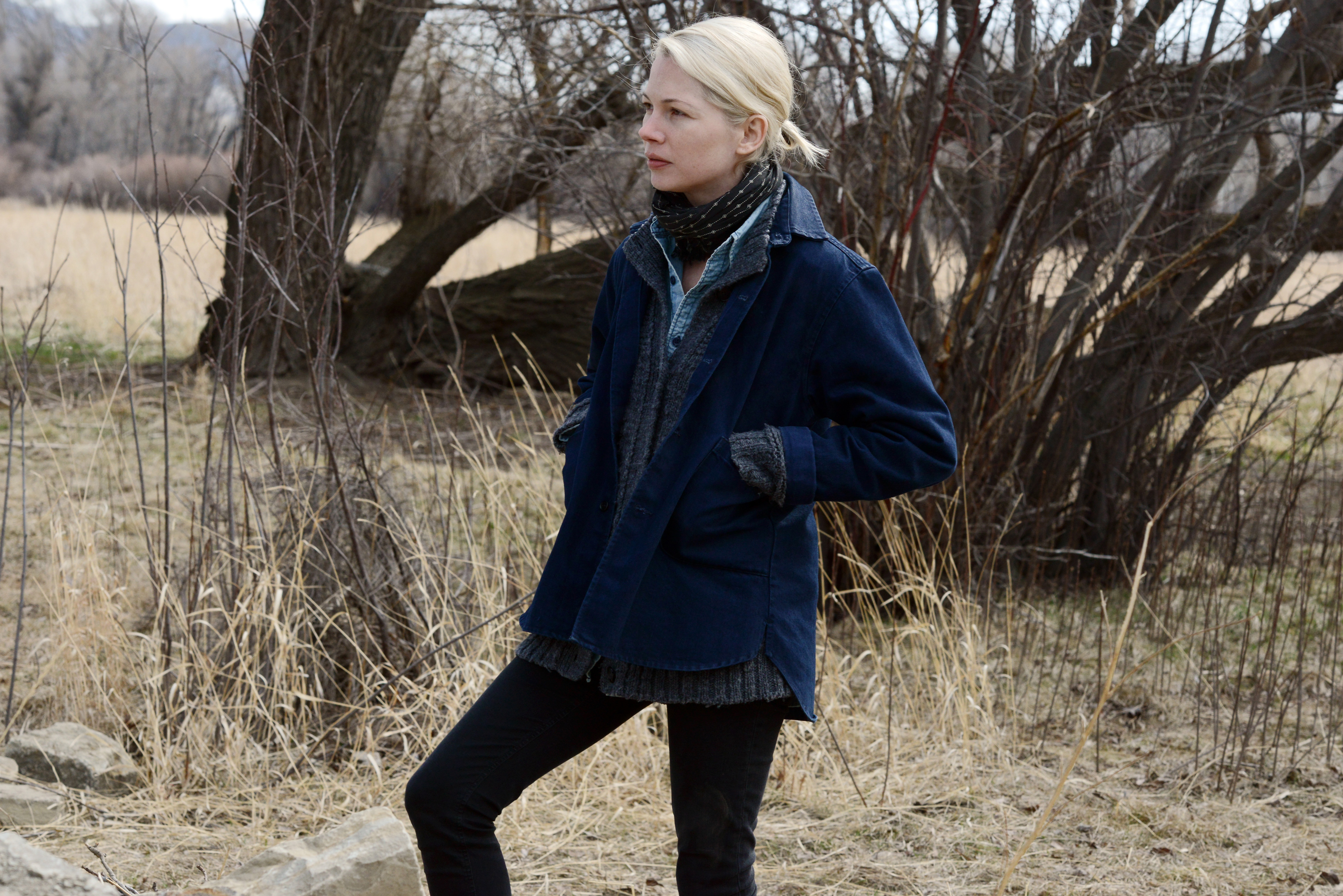 Reichardt holds the shots. She captures the beauty of the cold days. The breath of the icy weather and the neon lights that stain the city night-sky are framed in a manner that contrasts and complements each other. Though based in rural Montana, every story showcases the differing experiences of each woman. But they equally share a consistent strength in how they have determined their own future (and in the final story, this is the case for both key characters). Notably, they are all let down by the men in their life. Laura uses men for business (or for sex) while Gina is frustrated by her husband, who fails to see how unsupportive he can be. Lily Gladstone in particular, as Jamie, steals the film with her quiet, thoughtful eyes and solid build. She simultaneously looks like she could break you in two and break down in tears.

Younger and older generations are also a source of frustrating conflict. Jared Harris, in desperate need of Laura’s help, refuses to take her advice on his case. But, when presented to an older male lawyer, who reiterates her advice, he says OK and moves on. Gina, after organising a meeting with the septuagenarian, Albert (René Auberjonois), has to politely ignore how often he diverts her questions and speaks only to her husband. There’s a sad truth to their small victories whereby they have to battle these unnecessary challenges. But the beauty of Reichardt’s movies is how we are merely observers. We see the situations unfold but there are no direct answers to the questions. We relate to and know of these issues but we don’t confront them enough. The title, Certain Women, holds multiple meanings of course. Are these characters those certain women, who make life difficult for others? Or are they, more accurately, certain of what they want? This, inevitably, will bring change in the future.