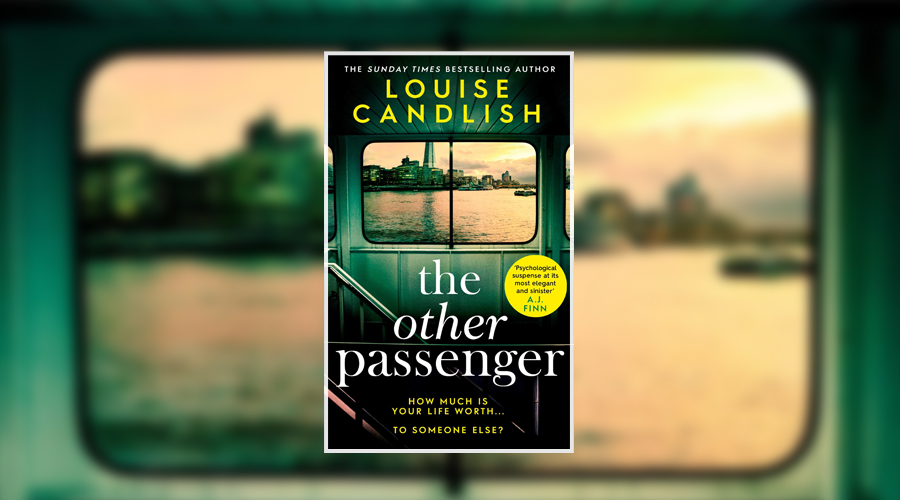 Ever since he had a traumatic meltdown on the Underground, Jamie has avoided any kind of public transport where he’s trapped in confined, crowded spaces. The thought of travelling to work by riverboat, however, feels like the ideal way to commute. No gridlocked traffic, no breaking down in tunnels, no humiliating panic attacks. It’s a pricey upgrade his barista salary can ill afford but as he sits on the boat, breathing in the fresh air and looking out on the picturesque Thames view, Jamie knows it was money well spent.

On his daily journey, Jamie makes new friends – a motley group led by the hedonistic Kit, a young city worker with a chip on his shoulder who’s also the boyfriend of Jamie’s partner’s colleague. Jamie has a love-hate relationship with Kit, swinging between wanting to impress him and wanting nothing to do with him. So when Kit isn’t on the boat one morning, Jamie puts it down to a hangover from their ‘water rats’ Christmas drinks the night before. Disembarking, he finds the police waiting for him; Kit has been reported missing and it seems Jamie is the prime suspect.

To make matters worse, another passenger saw Jamie and Kit arguing on the boat the night before. The police suggest that Jamie was the last to see Kit before he disappeared but Jamie knows he’s innocent. Well, he thinks he’s innocent. Of murder at the very least. Innocent in other ways? Perhaps not. Determined to prove he didn’t hurt Kit, Jamie delves into the months since they first met, laying bare their fraught friendship and their relationships with the two other people in their lives: Melia, Kit’s beautiful and bereft wife, and Clare, Jamie’s shrewd partner. But as the story unfurls and conflicting truths come to light, it’s clear that more than one person is lying. The question is, who has the most to gain from the lies?

Blending psychological thrills with simmering domestic drama, Louise Candlish’s The Other Passenger is the kind of novel that delights in subverting reader’s expectations. What seems like a fairly typical mystery at the beginning becomes more and more tangled as the characters’ secrets are slowly dragged into the open. In this novel, as in life, there are different levels of innocence and guilt, some lies and deceits more unforgivable than others. It’s all a matter of perspective; of who is the liar and who’s being lied to. Jamie excuses many of his own foibles because it suits him but those same weaknesses are all too easy for someone else to exploit. Which they do, in spectacularly devious style.

Beyond the driving force of Kit’s disappearance, The Other Passenger cleverly delves into the strain money can put on couples and how the balance of power in a relationship can shift when one person earns more than the other. Jamie and Clare are financially secure but, as the lower earner, Jamie feels inferior; more like a lodger than an equal partner. As a significantly younger couple, Kit and Melia’s struggle is not with having too much money but not having enough to fund the lavish lifestyle that they – rather bafflingly – think they’re entitled to without putting in the work. Kit, in particular, resents how easy Jamie and Clare have it financially and from the moment the two couples meet, it’s obvious that they won’t remain friends for very long – if they were ever really friends to begin with.

All this animosity and deceiving between the characters leads to a fantastically twisty end that’s impossible to predict until it’s actually upon you and then you’re wondering just how you didn’t see it coming all along. If you’re a Candlish fan, you absolutely don’t want to miss this one.