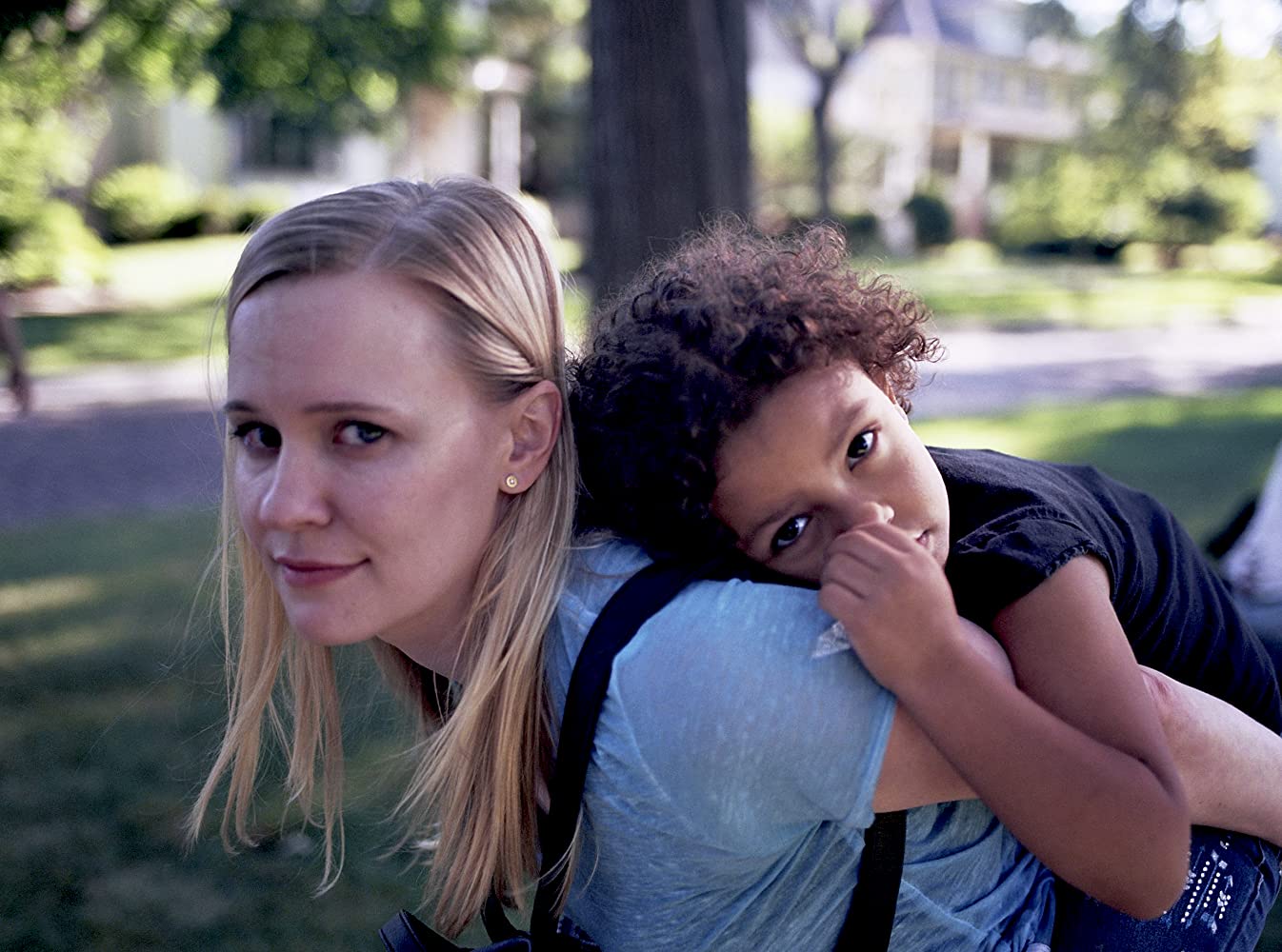 When we first meet Bridget (Kelly O’Sullivan), she’s at a party and a man is recounting a recent nightmare. “I never started a family… I have no equity, I never made any choices or moves of any kind, I’m thirty-four, jobless, broke, totally alone, full of self-loathing and shame. I hate myself… that’s the nightmare anyway… Jesus! Can you imagine?”. Bridget doesn’t have to imagine. Her life is this stranger’s nightmare.

She isn’t excited about taking a nannying job – it seems like another in a long line of gigs she should be too old for. She doesn’t like kids, and Frances (Ramona Edith Williams), the kid in question, doesn’t seem to like her. But by the end of a long, eventful summer, the thirty-four year old will have done a lot more growing up than her six year-old charge.

It sounds like such a hackneyed, saccharine premise – precocious young girl shows immature adult how to be a grownup – but there isn’t an ounce of saccharinity to Saint Frances. It is profoundly attuned to the various complexities and competing emotions and bodily fluids (prepare yourself: for a little indie movie there is a lot of blood here) involved in the tricky business of being alive.

Perhaps the most important thing about Alex Thompson’s debut feature (which was written by lead actress Kelly O’Sullivan – a prodigious talent) is that Bridget is a mess, and often an unlikeable one. She’s selfish, immature and downright awful to her sweet, kind-of boyfriend Jace (Max Lipchitz). At the beginning of the film, she’s amazed to discover she’s pregnant, even though she doesn’t use birth control. It’s hard to imagine how a woman could be closing in on forty and still be quite so immature, and yet that’s just why Saint Frances works as well as it does. You see Bridget at her frustrating worst, and then you get to watch her grow. It’s a slow growth, and there are backwards steps along the way – as soon as the lothario guitar teacher enters the picture, you know she’s in trouble – but it is deeply rewarding to watch.

Besides the emotional maturation of its heroine, Saint Frances is most concerned with espousing the necessity of honesty and communication. Maya (Charin Alvarez), one of Frances’s two mums, has just had another baby. Along with the little bundle of joy, she’s received a big bundle of sadness in the form of postpartum depression. She’s exhausted and ashamed, and at first, she won’t discuss it with her wife Annie (Lily Mojekwu). When she does, things get better. Likewise, when Bridget speaks up about her abortion. Openness is everything. This film preaches the vital importance of being open about the things we’ve been societally trained to keep hidden, whether it be those aforementioned bodily fluids or resentful thoughts towards a new-born baby. If we talked about these things, says Saint Frances, we’d all be a whole lot happier. Amen to that.

Brimming with compassion for its wounded cast of characters, and full of hard-won wisdom for the rest of us, Saint Frances is a gorgeous, generous debut.

Saint Frances is released in cinemas from 24 July 2020