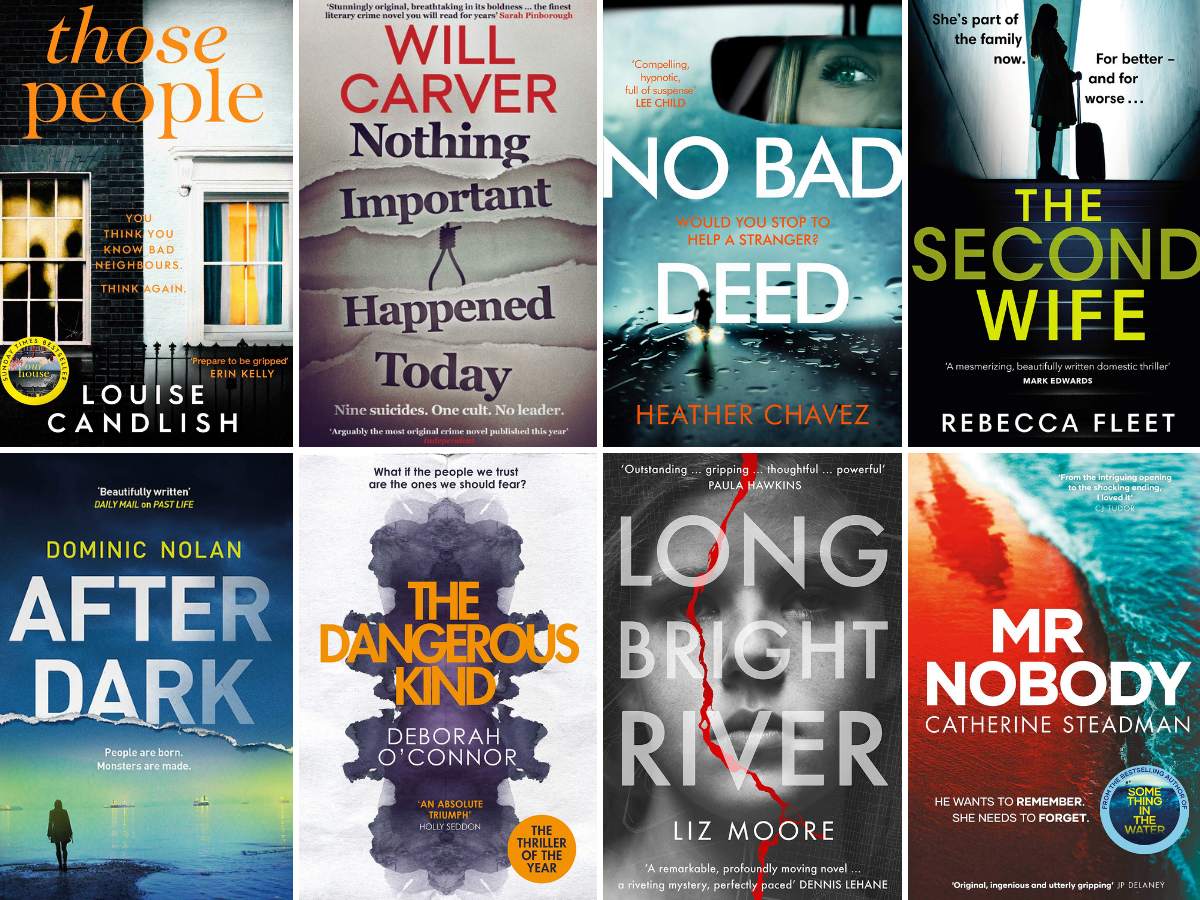 Inspired by Mortmain Hall author Martin Edwards sharing his top ten thrillers at the beginning of April, we’ve rounded up some of our favourite recent thriller novels. Spanning sub-genres, from psychological and domestic to crime and mystery, there’s a book for every thriller aficionado on this list. 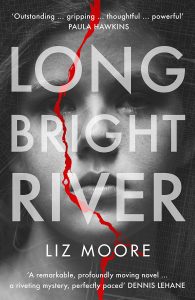 By self-admission, Liz Moore’s Long Bright River has been a decade in the making, and it shows in the carefully constructed, intelligent and empathetic story that plays out across the pages. Influenced by her visits to Kensington, Philadelphia and the community work she did with a non-profit women’s day shelter in the neighbourhood, Moore’s story follows Mickey Fitzpatrick as she combines a search for her sister with a pursuit for justice when the bodies of murdered sex workers start turning up on the Avenue. A moving literary thriller about family, addiction, poverty and society. (Hutchinson)

After Dark by Dominic Nolan 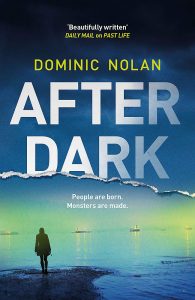 Nolan’s follow-up to his debut, Past Life, reunites readers with D. S. Abigail Boone, who was incarcerated and condemned as a criminal after defying the law to hunt those responsible for the mysterious disappearance of a young woman. Now the police are desperately turning to Boone for help with their investigation which involves an underworld figure whose name is spoken only in whispers. Boone is no stranger to survival and sacrifice but this case will push her to the very limits. Smart and seriously tense, After Dark is even better than the first book. (Headline)

Mr Nobody by Catherine Steadman 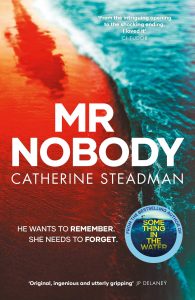 Billed as ‘Memento meets Sharp Objects’, Catherine Steadman’s second book centres on a man who wakes up on a Norfolk beach in the middle of winter. He’s unable to speak and has no identification; a conundrum for not only the medical experts but also the police and the press, who label him the titular ‘Mr Nobody’. When neuropsychiatrist Dr Emma Lewis is asked to assess the patient, she’s drawn back to a past she left behind, and the more time she spends with this enigmatic patient, the more alarmed she becomes. If you enjoy intriguing mystery thrillers about secrets and memories, give this a whirl. (Simon & Schuster)

Nothing Important Happened Today by Will Carver 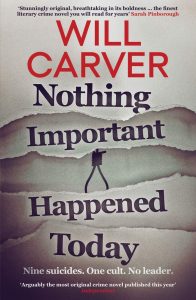 Nine people arrive on Chelsea Bridge one night. They’ve never met but they all received the same letter in the post – a pre-written suicide note and a page containing just four words: Nothing important happened today. And so they jump to their deaths. Thirty-two passengers on a train witness the event and two of them will be next. Will Carver’s contemporary crime thriller is about a dangerous cult with a leader who doesn’t seem to exist. It’s dark, it’s disturbing, it’s downright gripping. Don’t let this one pass you by. (Orenda)

Those People by Louise Candlish 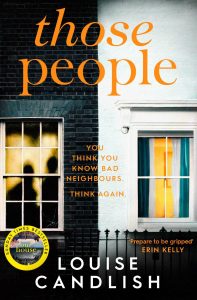 Louise Candlish’s hotly anticipated upcoming book The Other Passenger is due to hit shelves this summer, which right now feels like a lifetime away. Why not fill that time by visiting (or revisiting) last year’s standalone novel, Those People – a taut and atmospheric psychological thriller that gives new meaning to the term ‘neighbours from hell’. A horrific crime shocks a suburban street and as the police go house-to-house, the residents close ranks, sticking to the same story. Only the police don’t agree… (Simon & Schuster)

No Bad Deed by Heather Chavez 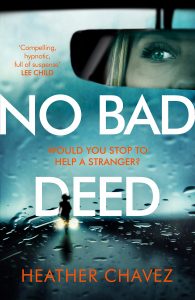 Whilst driving home one night, Cassie witnesses a woman being attacked on the side of the road. Against her better judgement, she stops and helps the victim, only for the attacker to steal Cassie’s car, and along with it details about her personal life including her address and children. The next day, Cassie’s husband disappears and as she searches for answers, she begins to realise that nothing is quite as random as it might seem. Heather Chavez’s debut is a pacey page-turner that keeps you guessing. (Headline)

The Second Wife by Rebecca Fleet 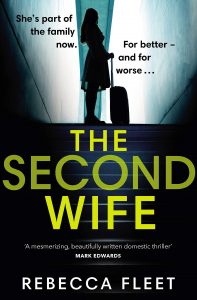 When Alex met Natalie, it was a second chance to build a happy family after the tragic death of his first wife. But his newfound happiness is shattered when his home is destroyed by a fire and Alex’s teenage daughter insists she saw a man in the house on the night of the blaze – something that Natalie denies. Alex must choose between believing his daughter or his wife – a woman he quickly realises he doesn’t know enough about. This tense and suspenseful domestic thriller from the author of The House Swap will linger with you long after you finish the final page. (Doubleday)

The Dangerous Kind by Deborah O’Connor 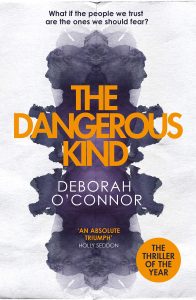 With chilling true crime vibes, The Dangerous Kind centres on radio host Jessamine who broadcasts weekly shows looking into the past lives of convicted killers. Approached by a woman desperate to find her missing friend, Jessamine begins an investigative journey that threatens not only her own life, but the safety of her family too. Published in hardback last year and paperback last month, Deborah O’Connor’s complex and cleverly crafted story delves into criminal profiling and the monsters that live among us. A must-read for psychological thriller readers. (Zaffre)