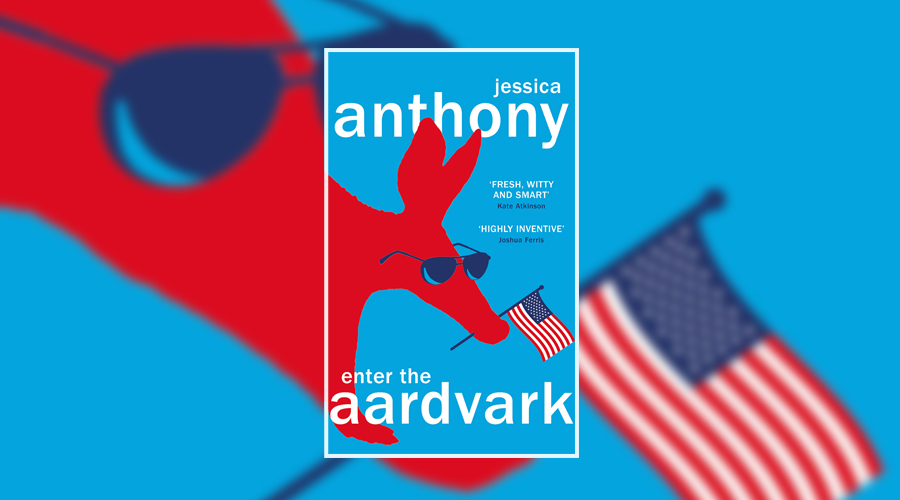 Washington DC, the present day. Republican Congressman Alexander Paine Wilson – an ardent opponent of abortion, gay marriage, and furniture that doesn’t resemble items that once adorned the home of Ronald Reagan – is in the middle of a heated campaign, when he is FedExed a taxidermied aardvark. He is concerned, confused and completely unprepared for the subsequent political firestorm heading his way.

England, 1875. Taxidermist Titus Downing receives a package from his naturalist friend – and lover – Richard Ostlet. He has never seen anything like it. He has no idea that it will change his life. Forever.

In Enter The Aardvark, Jessica Anthony winds the stories of Alexander and Titus together into a bizarrely compelling whole. Though they are separated by time, distance and demeanour, they wind up having an awful lot in common…

It is a very strange book. Partially a ghost story, partially a biting political satire, partially a tale of gay men coming to terms with their sexuality: there is a lot going on in Enter The Aardvark. Some of it works, and some of it doesn’t. In fact, the main thing that doesn’t work is that there’s a lot going on. It’s just too much to fit into one slim – under two hundred pages – novel. There’s just too much narrative, too many characters, too many ideas. And although it’s largely to Anthony’s credit that there was clearly a lot of research involved in the telling of her story, there is too much of that as well; some passages are so detailed, I felt as if I would be able to go out and start my own taxidermy business with just Enter The Aardvark as an instruction manual. Research is important, but you can have a surfeit of it, and that has a negative effect on storytelling.

On the positive side, however, the scope of Anthony’s imagination can sometimes beggar belief. What a mind she has. As the narrative twists between the past and the present, it seems like anything could happen at any time. Nothing is off the table. The way she constructs her complicated plot is intricate and impressive. Her characters are well drawn. There are plenty of flaws in the delivery, but it’s still refreshing to read a novel with such lofty ambitions. A novel that tries to do something different.

And some things do hit the mark. Alexander is a hilariously poisonous evisceration of the cowardly, disingenuous politicians running rampant through Trump’s Washington. His idolisation – more of a fetishization – of Ronald Reagan, his outrageous pro-secession platform (the slogan: ‘Divide To Unite’), his willingness to marry purely to boost his chance of getting re-elected: it’s all a pitch-perfect skewering of the awful political climate that has infested the US in recent years. It’s funny, but it stings.

Whilst Jessica Anthony tries to cram way too much into a book of Enter The Aardvark’s slender size, the scope of her imagination, and the intricacy of her plotting, can only be admired.

Enter The Aardvark is published by Doubleday on 23 April 2020