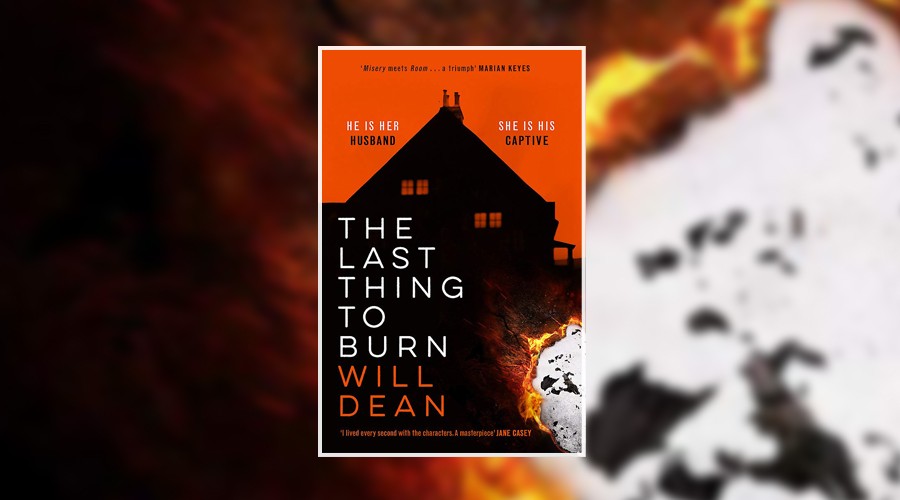 In a remote farmhouse in the East Midlands, surrounded by wide, flat, open fields, lives a pig farmer called Lenn. He resides with a woman he calls his wife. A woman he calls Jane. Except Jane isn’t her name. And she’s being kept against her will. The woman’s real name is Thanh, and she travelled from Vietnam with her sister to make a better life. Instead Thanh finds herself separated from her sister and forced into captivity. Her only salvation is the treasured possessions she brought with her, of which only four remain from the original seventeen.

Thanh lives in fear of displeasing Lenn. His cameras record her every movement in the house, and he watches the tapes back every night to make sure she’s behaved. Every time she makes a mistake – whether it’s something as simple as cooking his meal wrong, or something as desperate as trying to escape, Lenn burns another of Thanh’s precious items. Whilst he might have broken her body, he hasn’t shattered her spirit. Not yet. She endures her captivity, day-in-day-out, until two things happen that force Thanh to fight back – not only for herself, but for those she loves and all the other women who Lenn, and men like him, threaten.

The Last Thing To Burn – Will Dean’s first stand-alone novel – is an extremely tense read. From the moment we’re introduced to Thanh’s terrible, trapped existence, the tension is overwhelming. You might, as I initially did, wonder why she doesn’t just wait for the right moment, when Lenn goes out, and run. Or, indeed, wait until he’s asleep and kill him before he kills her. Every thought of escape the reader has, Thanh has had first. But it very quickly becomes clear why neither of these options are even a choice for her. She’s kept like a prisoner and monitored like one too. She tried to escape and she failed. Her life isn’t her own and you feel every ounce of her distress and despair.

“I push the photo towards Lenn and gather the letters and the book and the ID card back into my arms and onto my lap and bury them deep inside his mother’s pinny. This was a selfish act. But I think my parents would understand, they’d know I needed the book to stay sane and the ID card to stay me and the letters to get up each morning and go to sleep each night. They’d forgive me.”

If the first half of the book is all about creating a sense of the desperation of Thanh’s situation, then the second half is about her clawing through that desperation to reclaim all the things that Lenn has stolen from her: her freedom, her dignity, her identity, her possessions and her family. It’s a fraught, frightening and seemingly hopeless endeavour, but we’re with Thanh every step of the way – willing her to keep going and keep surviving. This is absolutely a story of survival in its most basic form, but more than that it’s about the immense power of the human spirit – how it can be bashed and broken and still persevere. Thanh is irrefutable proof of that. She represents hundreds, if not thousands of immigrants who’ve come to our country searching for a better life and instead become victims of human trafficking and exploitation.

Will Dean doesn’t just build suspense; he cloaks his story in it, creating a crushing, claustrophobic atmosphere that feels as if it will never end. But just as things seem at their bleakest, there’s always light to be found – be it in the unexpected kindness of a stranger, or the eternal love of a sister. Humanity and compassion will always win out against the monsters in books that reflect the monsters in real life.