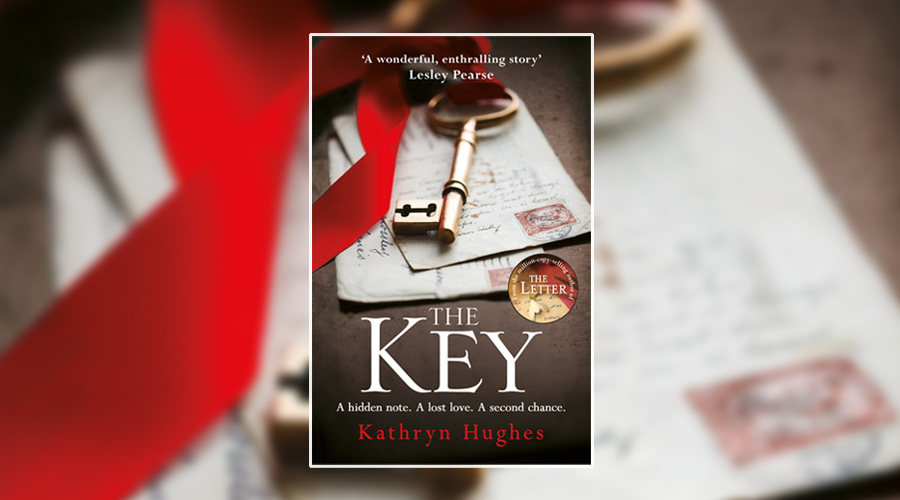 Kathryn Hughes’ The Key is a historical novel with genuine heart, packing an emotional punch with its story of life in a 1950’s lunatic asylum from both the perspective of the nurses and the patients. Not only is it a thoroughly absorbing and well-written novel, but it’s also an insightful, if disturbing, glimpse into a system that even at the time was out-dated and failed more patients than it likely helped.

In 2006, historian Sarah is drawn to the abandoned Ambergate County Lunatic Asylum, and it’s whilst exploring the old corridors and eerily empty rooms that she discovers an attic filled with discarded suitcases. One of the suitcases belonged to a female patient who was committed to the asylum fifty years earlier and it immediately strikes a chord. With her own personal link to the asylum, Sarah begins to unravel the tragically forgotten story of this poor woman who lost more than just her freedom and her mind at Ambergate.

Rewinding to 1956, the story follows young student nurse Ellen Crosby as she starts working at the asylum and tries to adjust to the unfair and barbaric treatment of the patients, both chronic and those who are deemed as having a chance of recovery. What’s shocking is how few patients are expected to leave the asylum once they’re committed. What’s even more shocking is why many of the patients were committed in the first place – reasons ranging from ‘hysteria’ (predominately presented in women) and depression, to physical disability and the simple reason that parents didn’t know what to do with their difficult offspring.

Ellen takes a particular shine to Amy, a young woman around Ellen’s own age, who was committed by her father for attempting to commit suicide and kill her baby stepsister. It’s clear that Amy isn’t a ‘lunatic’, as they were called, but was traumatised by witnessing her mother’s tragic death, which she thinks she caused. Due to being pretty, intelligent and lucid, Amy becomes an experimental case for a pioneering physician keen to try out different ‘cures’ for mental illness. Unbeknown to Ellen, it sets in motion events that will reverberate through all their lives, eventually leading to Sarah in 2006.

Inspired by the true story of New York’s The Willard Asylum, The Key is an incredibly moving and heart-rending story, unflinching in its depiction of mental health issues in the 50’s. Hughes doesn’t write to shock, she merely mirrors the reality for those committed in those times and the dreadful treatments they had to endure such as electroconvulsive and aversion therapy. Ellen is the compassionate voice through these times, the only one who seems to question the doctors’ methods and the mostly negative effect it has on the patients. Ellen is just a student nurse though, and she can only watch on passively as Amy loses more and more of herself.

The era is perfected depicted – from the dialogue to the fashion to the societal viewpoints. There are various other strands of the story, encompassing love, friendship, family and redemption, and Hughes weaves them together seamlessly, providing an ending that, whilst bittersweet, is extremely rewarding. You’ll grow to care about her characters and their stories, specifically Ellen and Amy, and when the novel ends, you’ll want to Google the real-life inspiration for The Key and discover more.

Books like this are imperative in remembering darker parts of the past which, in turn, allows us to be proud of just how far we’ve come – and continue to progress – with helping those who suffer with mental health issues.

The Key is published by Headline on 6 September 2018

I Used To Go Here Review