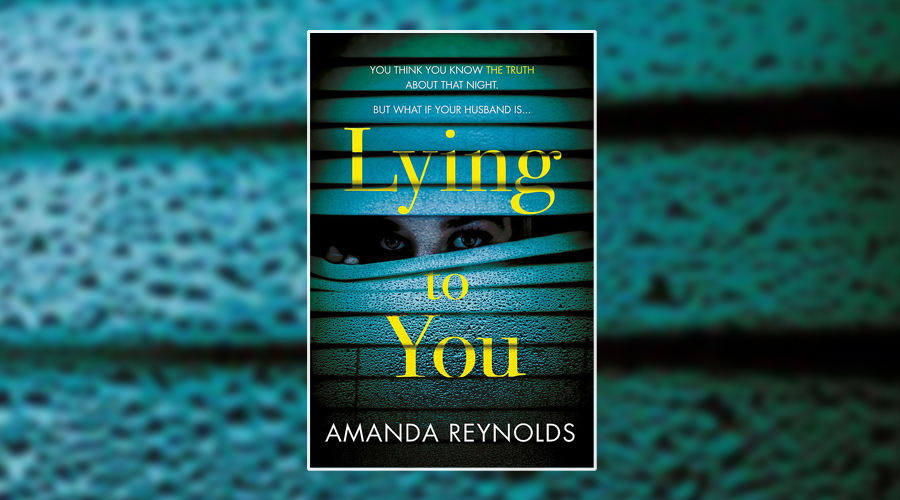 With echoes of Liane Moriarty’s The Husband’s Secret, Amanda Reynolds’s second novel, Lying To You, ticks all the boxes for a dark and gripping psychological drama: a family rocked by a shocking accusation, a man trying to justify his actions, a wife trying to understand the man she married, and two troubled young women forced to face the demons of their pasts.

We begin with Jess Tidy, who’s made a new life for herself in London following a terrible childhood trauma. Clues as to what happened to her are hinted at early on and soon confirmed when she returns to the village where she grew up for her alcoholic mother’s funeral. When she was a teenager, Jess accused her teacher Mark Winter of sexual assault, an allegation that saw him found guilty and sentenced to three years in prison. Returning home, all those memories, fears and furies bubble back to the surface, as Jess comes face-to-face with Mark and his family, who stuck by him and view Jess as a trashy, devious liar.

The story jumps from Jess, who’s showing signs of following in her mother’s alcoholic footsteps, and Mark’s wife Karen, who might have stuck by her husband but whose marriage is fractured beyond repair. Broken relationships and whether they can ever be mended is a recurrent theme in the book. Karen doesn’t trust Mark and her doubt over his innocence is further compounded when she snoops through his computer, reading chapters of his work-in-progress memoir, which shed light on his inappropriate relationship with Jess.

There’s also the shattered relationship between Mark and his daughter Frey, who’s harbouring deep-seated resentments, and Jess’s strained relationship with her brother, Will, who’s hiding secrets of his own. Calling these people’s lives complicated feels like an understatement and it makes reading Lying To You an engrossing experience. None of the characters are particularly likeable; they have selfish motives and they do questionable things, but it’s all a result of what happened that fateful night all those years ago. You don’t root for them but you can’t help but feel sorry for them.

What’s more fascinating is how Jess and Mark see the event that ruined both of their lives differently. They both think the other is lying and, as a reader, you’ll veer between which one you believe is telling the truth as the story plays out. What’s clear is that there are no winners in this story and it feels like only a matter of time before one of the characters snaps: will it be bitter Karen, unbalanced Jess, aggrieved Frey, or unnervingly calm Mark?

Lying To You is a character driven tale about the lies people tell themselves to live with the decisions they make and how those decisions can destroy other people’s lives. If you were gripped by the ITV drama Liar last year – and let’s face it, who wasn’t – you’ll find lots to enjoy with the twists, turns and deceit of Amanda Reynolds’ book.

Lying To You was published on Wildfire on 26 July 2018