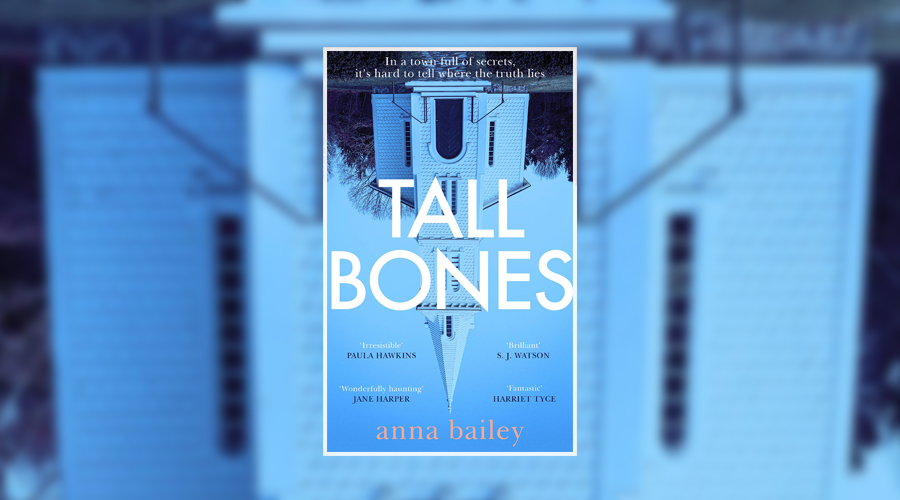 When 17-year-old Emma reluctantly leaves her best friend Abigail at the Tall Bones party in the woods, she doesn’t expect it to be the last time she’ll ever see her. Abi reassures her that she’ll be fine. She just wants to have fun, to live a little. She’ll call a cab to get home. Only none of that happens. Emma doesn’t hear from Abi the next morning, or the day after that, and a missing persons investigation is soon underway. Pierced with guilt over leaving Abi alone that night, Emma sets out to uncover the truth about what happened to her friend.

As Emma digs into Abi’s movements in the weeks and days leading up to her disappearance, she begins to uncover dark secrets that the remote community of Whispering Ridge, Colorado would prefer to keep hidden. It’s not just the prejudiced people of Whispering Ridge harbouring deep-rooted resentments but Abi’s own family too. In a backwards town that condemns homosexuality, her tortured older brother, Noah, has fallen dangerously in love with a Romanian immigrant called Rat. Whilst her innocent younger brother, Jude, walks with a stick and lives in fear of their violent, bible-bashing father, who takes his fury and war trauma out on his family. All the while, Abi’s mother Dolly – who married her husband on a whim and regretted it the same day – now watches, motionless, as her children unravel.

Whispering Ridge was a simmering pot of overlooked secrets and barely contained discontent even before Abi went missing, but her disappearance heightens the venom with which the community turns on anyone who’s different – whether it’s the colour of their skin, the accent that shapes their words, or the people they’re attracted to. As a Latino girl, Emma has been treated differently all her life, so it’s only natural that she should gravitate towards Rat, a fellow outcast, who supplies Emma with the alcohol that she’s becoming increasingly reliant on. With the town’s hate-spewing pastor pushing his congregation to turn their collective anger on the outsiders in town, it’s only a matter of time before the festering resentments boil over.

“Abigail Blake turns at the edge of the trees and smiles at Emma. This will be the memory of Abigail that stays with Emma long after the rest has been drunk away: long and pale as a moonbeam, flyaway red hairs curling gently in the damp air, hands buried deep in her sleeves, standing on the balls of her feet, like she might take off running at any moment.”

The best kind of small-town crime novel, in my eyes at least, is one that drips with atmosphere, enveloping readers in claustrophobic settings and dark, uncomfortable realities. Anna Bailey’s Tall Bones does exactly that. It slowly and effectively unravels the mystery of Abi’s disappearance one terrible secret at a time, implicating certain characters and absolving others, whilst never losing sight of the fact that a young girl, with her whole life ahead of her, simply vanished one night without a trace. The central question of what happened to Abigail Blake permeates every page of the novel. Was she kidnapped? Was she killed? Did she finally grow tired of her father’s violence and her mother’s compliance and decide to skip town? In a place like Whispering Ridge, it could be any of those possibilities. The truth is most certainly more disturbing than anything you could have imagined.

Using her own troubled experiences of living in small-town America, Bailey has penned a dark and compulsive literary crime-drama about love, guilt, trauma, intolerance and the consequences of religious devotion. There’s so much toxic hatred swirling through town and nobody, not even an innocent child like Jude, is immune to it. It’s like a disease, ravaging people’s lives, leaving them withdrawn and bitter like Noah, or hollow like Dolly, or simply scared like Emma. It’s easy to see why a young, strong-minded teenager like Abi would want to run away; why she might have secretly conspired to escape the violence, prejudice and small-mindedness of her hometown.

Whether that’s what happened, you’ll find no spoilers here. This is one book that’s all the more shocking when you dive headfirst into it with no idea of where it’s going to take you or who might be implicated along the way. Just be prepared for an intricately weaved and haunting story that will stay with you for days after.

Tall Bones is published by Doubleday on 1 April 2021