K. J. Maitland on where she writes and how it plays into her work

It’s the near future. Todd (Tom Holland) lives on a world inhabited solely by men, who can all hear each other’s thoughts. One day, Viola (Daisy Ridley) crash lands on the planet in a spaceship from earth. She’s the subject of much curiosity amongst these men, and her life is soon in jeopardy. Todd helps Viola escape the dangerous townsfolk, and in the process learns some disturbing truths about the history of the place that he has always called home.

Chaos Walking had all the ingredients to make a good film. The premise is an interesting one, with lots of dramatic and thematic potential. There’s a strong supporting cast (Mads Mikkelsen, Cynthia Erivo, David Oyelowo, Demián Bichir). Director Doug Liman has made some fantastic action movies over his career (The Bourne Identity, Edge Of Tomorrow). By all rights, this should have been – at the very least – entertaining.

It’s not though; or at least, not nearly often enough. The main problem here is that Chaos Walking is clearly meant to be the opening part of the newest exciting YA franchise (Patrick Ness’s source novel had two sequels). As such, the movie is weighed down by a lot of world-building. The first half hour is a near-constant stream of exposition. Characters are always sitting other characters down and explaining things to them. Whilst to some degree, this is necessary – there’s a ton of backstory here, and it’s all pretty vital to know – the surfeit of exposition is handled with a complete deficit of humour or energy. This long opening act is a slog. 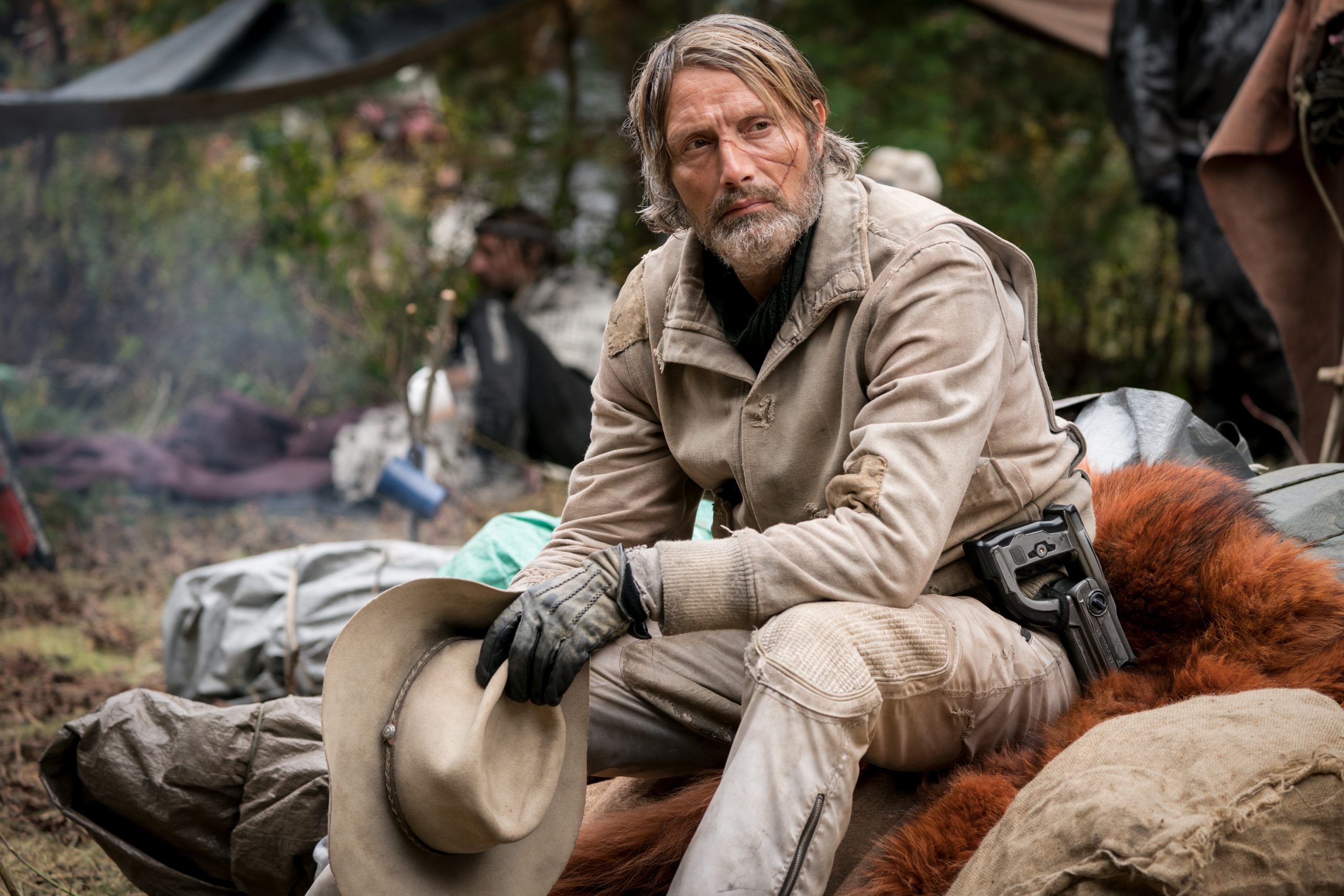 Things perk up a little when Todd and Viola set off on their escape/voyage of discovery. There’s some obvious comedy to be mined from a boy trying to hide his crush on a girl when she’s literally able to hear his thoughts, and Holland is quite charming in his subsequent embarrassment. The single best feature of Chaos Walking is not our young heroes, however, but the arch-baddie Mayor Prentiss, played by the ever-reliable Mads Mikkelsen. Resplendent in a comedically enormous fur coat, Mikkelsen gives Prentiss an energy and a gravitas that is absent from any of the other characters. In a film which is all too often bereft of life, his performance is a drink in the desert.

Still, there’s no getting round the fundamental tedium at the heart of Chaos Walking. Mikkelsen is the only character with any depth (and that’s down to him, not the screenplay). Everyone else is paper thin; despite decent lead turns from Holland and Ridley, we know little more about Todd and Viola at the end of the movie than we do at the beginning. And talented actors who have carried whole films on their own before (Erivo, Oyelowo, Bichir) are shunted off into uninteresting, unimportant supporting roles. The best action sequences are like deleted scenes from The Hunger Games; the worst are just unintelligible.

Ultimately, Chaos Walking proves itself much less than the impressive sum of its parts.

Chaos Walking is available for premium rental at home on all digital platforms from 2 April.

K. J. Maitland on where she writes and how it plays into her work