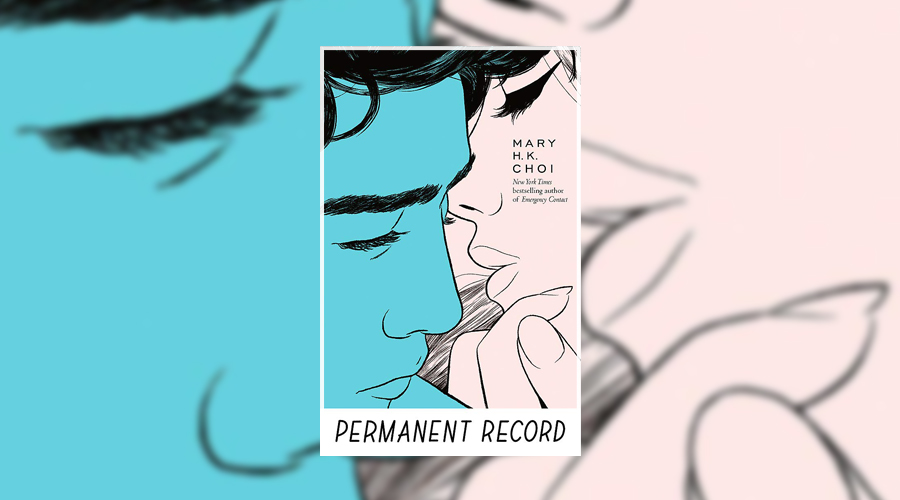 With her first novel Emergency Contact, Mary H. K. Choi emerged as a strong new voice in YA/NA fiction, exploring that in-between time when you’re technically an adult, but still don’t have a clue about what’s coming next. With Permanent Record, it’s clear that Choi has mastered the art of telling stories about life in a messy, modern age and her second book is equally as self-assured, smart and tender as her debut, navigating love, social media and societal expectations in an engaging novel that’s certain to strike a chord with many readers.

20-year-old Pablo Rind has found himself at a crossroads in life, and he has no idea which direction to go in. After dropping out of college and with mounds of student loan and credit card debt piling up on him, he took a job working the graveyard shift at a 24-hour health food store as a temporary measure, and is still there one year later, waiting for his life to start while he tries to figure out what he wants to do next. Global superstar Leanna Smart’s life, however, is completely organised and regimented, with album releases, tours and appearances scheduled well in advance and an army of social media followers clamouring for her attention.

When the pair meet at 5am in the deli where Pablo works, they form an instant, if unlikely, bond, and it’s not long before they’re increasingly turning to the other to escape the everyday demands of their lives. But as Pablo and Leanna start to fall for each other and their relationship develops, they learn more about who they are, who they want to be and what they want to do – and it only makes their lives even more complicated.

“This time, I get it. I get why the creeping dread that hangs over my life never goes away. I am doing regular days, average minutes all wrong all the time.”

Pab and Lee’s relationship is a whirlwind and rendered as realistically as can be expected, considering it’s not a situation many of us will find ourselves in. There’s no insta-love and no picture perfect romance here. Instead, Pab and Lee face the same kind of misunderstandings and second guessing of the other that all new relationships face, which is only compounded by the fact they’re often only able to talk on the phone where calls are missed, texts are misread and Pablo has access to an internet full of speculation and rumours about Lee’s life.

It’s a fascinating dynamic, but one that would have benefitted more from giving readers access to Lee’s point of view too. With the novel told entirely through Pablo’s perspective, Lee becomes something of a caricature, an over-stylised and stereotypical figure of fame who flits in and out of Pablo’s life and represents an unattainable ideal. Although we are given insights into Lee’s personal life away from the fame and global recognition, it’s ultimately information that’s been filtered to us through Pablo’s own experiences, making it more difficult to care about Lee specifically, and therefore harder to understand some of the decisions Pablo makes in their relationship.

But although the blurb puts quite a lot of focus on Pablo and Leanna’s wildly unexpected connection, Permanent Record is Pablo’s story through and through. It’s hard not to relate to his situation in some way, be it the personal struggles of his strained relationship with his mother in the wake of his decision to drop out of school, or the financial implications of his overwhelming debt, the stress of being unable to pay his rent and his anxiety over trying to figure out what to do with his life. The fact that Pab’s instinct is to ignore all the problems he’s facing is frustrating, yet believable, and when Leanna Smart walks into his messy, confusing life, it’s surreal enough that you can understand why he embraces this strange new relationship, despite its inherently impractical nature.

Permanent Record is a thoughtful story that’s been very well written, with easy, natural dialogue, insightful observations and a colourful cast of characters that ensure the novel comes to life on every page. Pablo is a strong lead character who’s very relatable, for the most part, but where this novel shines is its commitment to exploring some very real issues in a very believable environment, bringing together a story about family, life, debt, personal growth and looking ahead to the future in a very compelling way.

Mature, warm and funny, Permanent Record is a coming-of-age story with a difference, addressing a confusing time of life with honesty, heart and, yes, even a little bit of romance too.

Permanent Record is published by Atom on 7 November 2019