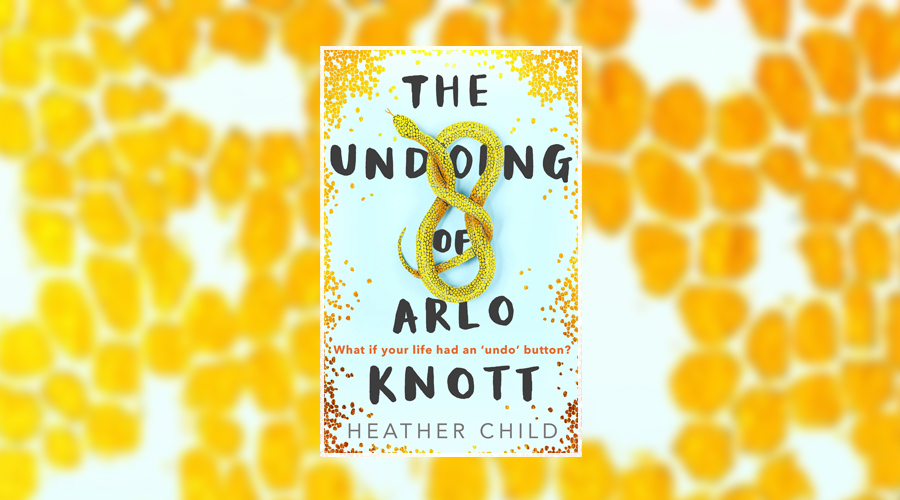 Arlo Knott has the ability to undo his mistakes – an enviable power, except he can’t undo the one terrible, traumatic mistake he’s desperate to change. It’s a cruel twist of fate that both torments and embitters Arlo as he grows older, his ability becoming both a blessing and a curse as he constantly shifts time to suits his moods and whims.

When you know you can undo choices, actions and accidents, there’s no need to be cautious with your life or the lives of those around you. Persistently pushing the limits of his abilities, Arlo develops a reckless, self-destructive streak. He knows if he jumps off a building he can undo the act and land back on the roof before he hits the ground. He can verbally abuse his adversaries and reverse the words before the inevitable fist makes contact with his face. The only time Arlo truly reins in his ability is with Sabra, the girl he falls in love with, who – unbeknown to her – was one of the first casualties of Arlo’s carelessness.

Opening with the unchangeable mistake that triggers Arlo’s ability when he’s thirteen-years-old, the story begins with Chapter 6 and ends with Chapter 1 as it moves through Arlo’s turbulent life. Like time travel, the idea of an ‘undo button’ is a fascinating, morally grey concept that plays on our innate desire to be in control of our lives. Who hasn’t, at one point or another, wished they could undo something they regret? To redo an exam and improve your grades. To repeat a date and make a better first impression. To save the life of someone you love. Heather Child gives this ability to a character who is lost and without guidance but we can all relate to Arlo’s need to makes things better. To make things right, as he sees it.

This isn’t strictly a time travel story but there’s always that looming threat of the butterfly effect as Arlo jumps back through time. What initially starts as an outlet for a child to vent his bottled-up grief and fury evolves into a clever magic trick that Arlo wields to make money. Yet when the novelty wears off, he’s still unable to undo his biggest regret. The temptation to keep undoing and undoing until the best result presents itself is difficult to resist, and a sense of foreboding starts to build. Through all this, the story remains firmly grounded in reality – it’s a very human tale of loss, grief, guilt, acceptance and forgiveness.

It would be easy to slip into feeling sorry for Arlo as he wallows in his own self-pity but the beauty of Child’s writing is that she doesn’t force readers to flounder with him. His arrogance and recklessness frequently make him an unlikeable protagonist but we still want him to pick himself up and make the correct choices, to use his ability for good when needed but not rely on it to get him through life. Arlo’s problem is knowing when to draw the line and Child fills every chapter with poignancy and pathos as Arlo struggles with the morality of his ability and the loneliness of carrying such a burden in secret.

More than anything else, Heather Child’s second book is an affecting and mind-bending story of life and the mistakes that shape us. With a powerful, thought-provoking end, The Undoing of Arlo Knott really leaves a mark. Don’t be surprised if you’re still thinking about this book weeks after you’ve finished reading it.