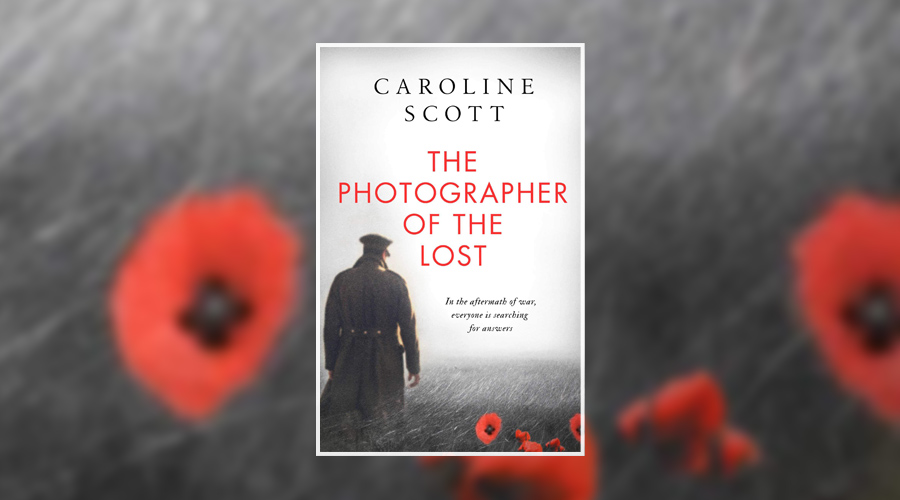 It’s 1921, three years after the end of World War I. Edie, whose husband Francis is missing presumed dead, gets the shock of her life when she receives a picture of him in the post. It’s unsigned. He looks older than the last time she saw him. Is he still alive? Edie and her brother-in-law Harry head to France to investigate.

The Photographer Of The Lost does one thing very well, and that is illuminating the uncomfortable liminal state lived by those whose loved ones went missing in WWI. Though you could hardly call people who lost their family in war lucky, there’s a comfort to having definitive knowledge of what happened to them, and a body to bury. Edie and Harry, along with millions of real-life counterparts, didn’t have that, and the book is good at delving in to how that affects a person’s psyche – the restlessness and the wondering, the inability to move on until you get your answer.

The problem is, that is the only thing the novel does well. It is not an exaggeration to say that it could lose half of its 500 pages and none of the potency – in fact, as a shorter book, The Photographer Of The Lost would have been far more powerful. Caroline Scott – historian and debut novelist – has an unfortunate habit of over-describing everything. Everything. Many of the 68 chapters entail Harry and Edie visiting a different war-wrecked French village searching for clues, and it doesn’t take long for one locale to blur into another. By the tenth time you read unnecessarily detailed prose about a bombed out pastoral idyll, it takes a lot of self-control to not throw the book across the room.

And it doesn’t help that there is so very little to the plot. It may be padded out with descriptions and flashbacks, yet the actual narrative throughline here is simple – so simple that by the time you find out Francis’s fate, it’s hard not to think, ‘Is that it?’. As Harry and Edie search and muse and pine for each other (oh yes, of course there’s forbidden love between the pair!) they retread the same ground – sometimes literally – over and over.

If there was any effort made to develop them as characters, perhaps the static storytelling would have been easier to bear. But there isn’t. The Photographer Of The Lost is populated entirely by sketches. You have almost no sense of what our protagonists did before the war (Harry was into art, Edie – who knows?). They don’t seem to have anyone in their lives except his mother and brothers. They don’t even have personalities. Once in a blessed while someone interesting turns up to interact with the duo and enliven things for a few pages. They are always quickly dispatched, never to be seen again.

With significant editing and better characterisation, The Photographer Of The Lost might have been a riveting novel about those left adrift after World War I. Instead, it is nothing but a slog.