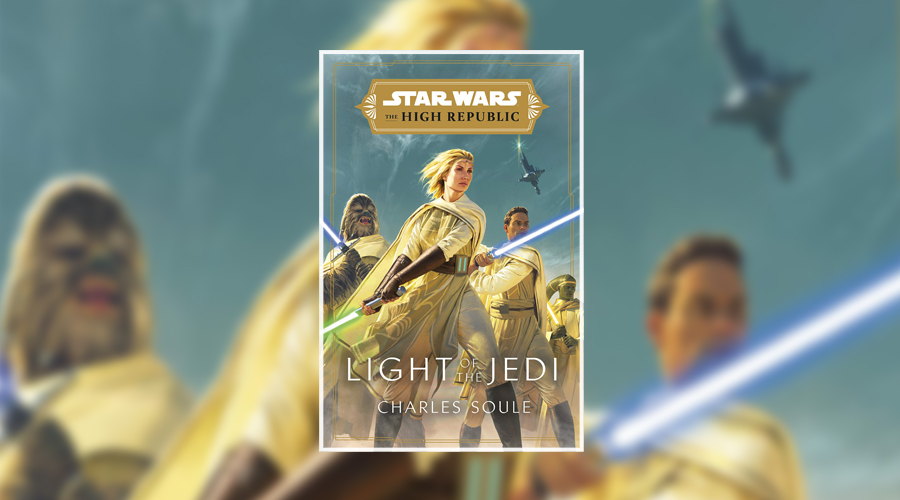 Light of the Jedi (The High Republic) is a grand, heroic and acutely emotional novel. It neatly balances grounded adventures from the perspectives of a handful of Jedi, humans and creatures from across the Star Wars universe, with the building of a larger tale of rising conflict within the Republic.

Charles Soule’s novel is part of the first phase of the High Republic multimedia series that links novels, audiobooks and graphic novels, as well as a few short stories, to tell a greater overarching tale. All the stories will be canon and are set some 200 years before The Phantom Menace film, when the Jedi were active across the universe and the Republic was at its height.

Undoubtedly, the first act of this novel is the most captivating. It lays out a mystery and the unfolding of a planetary disaster with a breathtaking sense of scale, using portraits of characters, some fleeting and some not, who intersect with the so-called Great Disaster. In the second section, as we switch from the narratives of the heroes and civilians orbiting the big event, to a few of the antagonists, we get some obvious answers laid out. The downside here is that the concept of the villains is a little one note and familiar, though with a passably unique twist. The finale builds nicely and resolves a number of the core plotlines, while leaving the longer threads to spin out. For a book named after the Jedi, there could be more actual Jedi action at the end, as the conclusion focuses more on a space battle between several forces, but it’s enjoyable and satisfying nonetheless.

What makes Light of the Jedi feel like an original addition to Star Wars, at least for those who are typically familiar with the movies and TV iterations of the franchise rather than the previous expanded universe novels, is the way that the Force is described by the various Jedi. It explores how each of the Jedi – at Padawan, Jedi Knight and Jedi Master levels – senses the Force and works with it. Some experience the Force as a song, others an infinite ocean. This allows an insight into the specific Jedi but also serves to explain the complexity and grandeur of the Force as a concept.

One of the significant ways in which Soule ensures that Light of the Jedi has serious stakes is by offering lots of distinct first person perspectives from both Jedi and non-Jedi, and by killing off many of these characters. You never quite know who is going to make it to the end of a chapter, let alone the end of the book. Yet you still feel invested in these characters enough to get at least a little shock when each life is suddenly snuffed out.

Light of the Jedi (The High Republic) is a wonderful read, an entertaining adventure and a very encouraging start to this new Star Wars project.