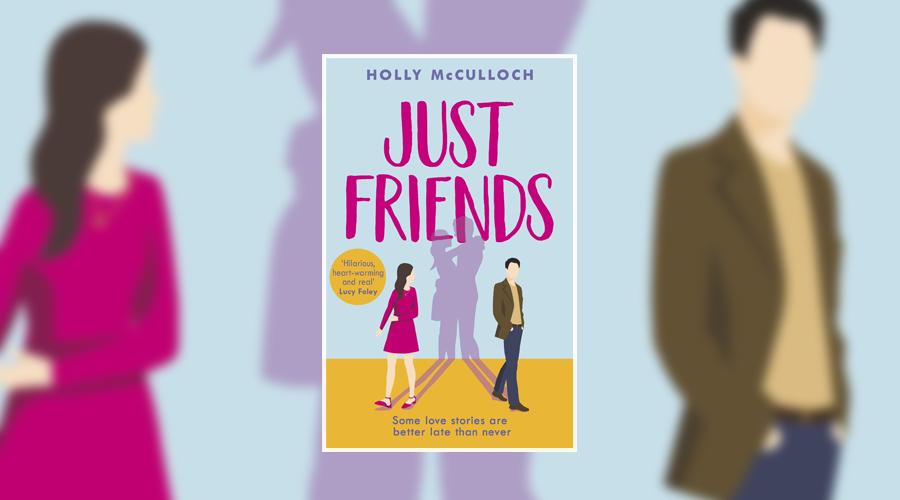 Bea is stuck in a rut. She has no passion for her job as an assistant at a company pushing vitamin regimes, her card-making side hustle has stalled before it’s even started, and her love life is non-existent. She’s desperate for a change but can’t seem to find the motivation to make it happen. Compounding her listless life is the fact that all her friends seem to be paired off. Everyone except Peter – funny, loyal, reliable Peter, who was placed firmly in the friend zone during their university days and doesn’t even cross Bea’s mind as a romantic possibility.

After her best friend gets married and subsequently offers Bea some harsh-but-true words about her lack of direction in life, Bea decides to put herself out there. She begins dating again, with hilarious, cringe-worthy results. Each date – if you can even call some of them a genuine date – is more scarring than the last, but you have to admire Bea’s willingness to try. The one constant throughout the awkward speed dating, bizarre non-dates and casual one-night stands is Peter, who’s always there to offer wise words, a comforting hug or hangover food. If only Bea could get past the image of ‘Oddly Bodley’, as Peter was nicknamed at university, and see him as the attractive, successful and thoughtful man he’s blossomed into whilst she’s been floundering from one unfortunate date to the next.

Sometimes the best escape from the every day struggles of modern life is a feel-good novel that actually encapsulates those very same struggles. Holly McCulloch’s debut does exactly that by giving us a central character who, like so many thirty-somethings, still doesn’t have her sh*t together yet and feels like she’s getting left behind. Bea lives in a matchbox-sized apartment, she can’t muster up any enthusiasm in the office, and she resents being the token singleton. Whilst some of those things are out of her control (ridiculous house prices being one of them), she can choose something different. Half of this novel is about Bea coming to the leisurely understanding that her life will never change if she doesn’t. Her search for romance is at the very heart of the story but her pursuit to be a better version of herself – for herself – is equally as important. After all, how can she be happy with another person when she’s not happy with who she is?

“Why am I blabbering? In my lifetime I’ve spoken to Peter for many, many hours. Why am I all of a sudden flustered at having to speak to him for five minutes?”

Just Friends is Bea’s story through and through but McCulloch has written a perfect love interest in the form of Peter, who’s so clearly besotted with Bea that everyone can see it except her. Bea’s so busy searching for love and wallowing in her inevitable sexual misadventures, that she hasn’t noticed that the right person for her has been standing by her side all along, quietly and patiently waiting for her to properly notice him. Unrequited love and secret feelings towards friends are well-used storylines in rom-coms but they’re also wonderfully tender tropes that never get old. McCulloch injects enough fun and warmth into her story – not to mention plenty of crossed wires as Bea’s feelings towards Peter shift – to make it feel fresh all the same. This isn’t an epic love story – it’s more grounded and ordinary. It’s the kind of love story you might even hope for yourself – minus the dodgy dates.

The length of a rom-com novel is a tricky thing to get right. They either feel too long or not long enough. Just Friends falls into the latter camp, with a slow start and a lot of delicious build-up, and then an end that rushes the conclusion to the central ‘will they, won’t they’ relationship. Bea and Peter spend so much of the novel like ships passing in the night, and it would have been nice to spend more time with the two of them alone to really capitalise on the friends-to-lovers dynamic. Even with its slightly anticlimactic ending, Just Friends remains a funny and uplifting debut that’s the perfect tonic to the dreaded February blues. Its brevity and light-heartedness will make it an ideal summer read too – now bring on those warm days of reading outside!

Just Friends is published by Corgi on 4 February 2021