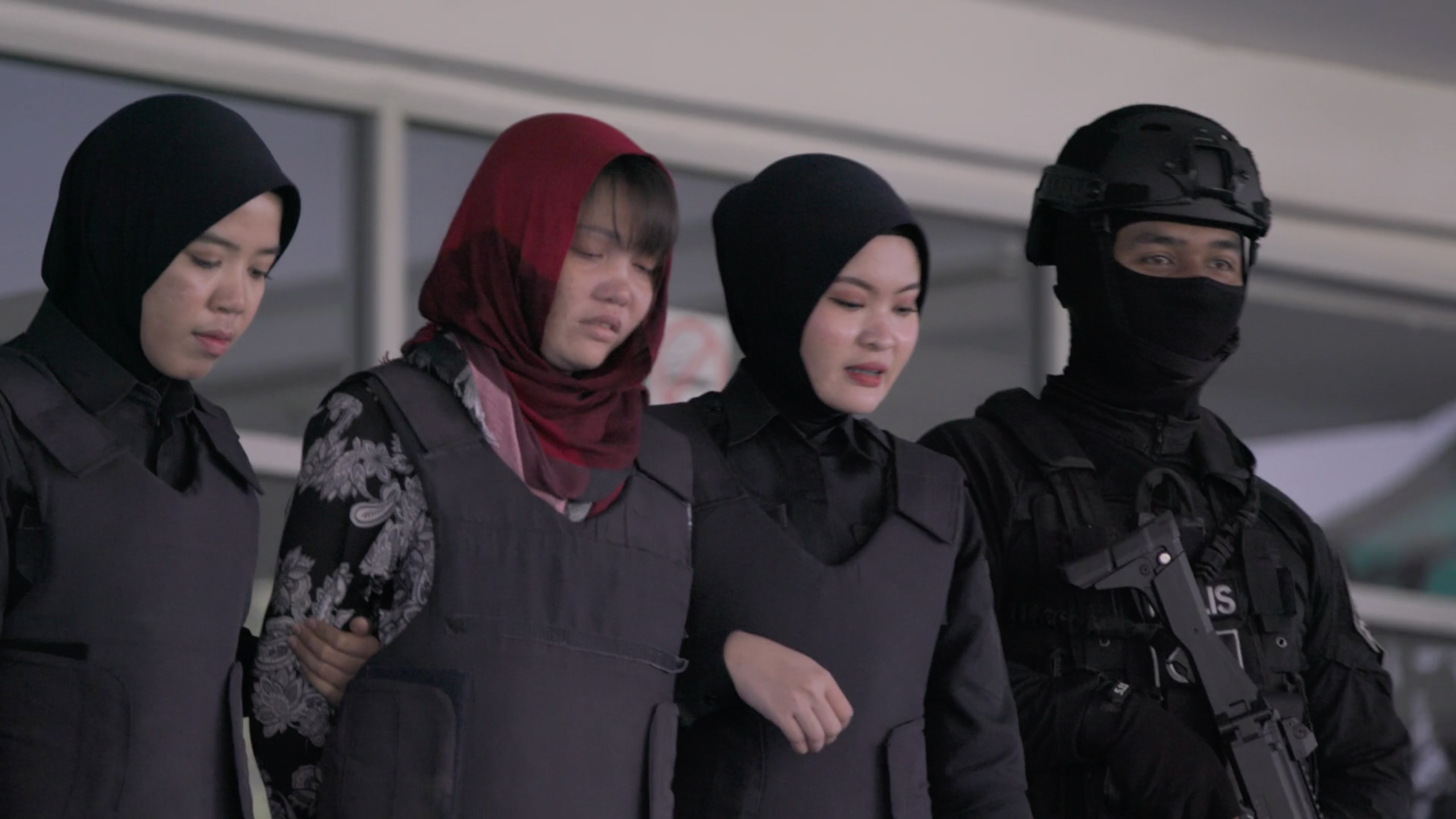 On the 13th of February 2017, in the middle of Malaysia’s busiest airport, the half-brother of Kim Jong-Un was assassinated. Two young women approached Kim-Jong Nam out of nowhere, rubbed the incredibly toxic VX nerve agent into his face, and disappeared back into the crowd. He was dead within the hour; they were arrested within days, and put on trial for murder.

Assassins, Ryan White’s gripping new documentary, explores all the angles of the headline-grabbing case by talking to the women’s families, their lawyers, and the journalists who covered their trial. We learn early on that the two women – Doan Thị Hương and Siti Aisyah – had no idea that they were committing a murder. The two had been groomed for months by North Korean agents; they thought they were filming a scene for a prank TV show. When they realised what they had done, they were horrified.

White skilfully tells the story on the micro and macro levels, giving equal weight to the traumatising experiences of the women and the political landscape that led to them being placed in such a nightmarish position. Though they didn’t know each other before the killing, over their lengthy time in prison during the trial, Doan and Siti formed a desperate, deep friendship. They only had each other, after all; who else could understand the extraordinary circumstances they were both enduring? Their bond – which was sustained by their conversations through the walls of the prison, where they were kept in separate cells – is the emotional heart of Assassins.

The film underlines, to a terrifying degree, how very much the lives of Doan and Siti were at the mercy of the diplomatic relationships between different countries; countries that, in most cases, they’d never even visited. Assassins delivers a fascinating lesson into both the palace intrigue amongst the Kim family and the various relationships that other countries sustain with North Korea. It’s complex stuff, but always explained in a succinct and engaging manner.

This is one of the rare documentaries that actually casts a positive light on social media. Both young women were very active on sites like Facebook, and that online trail left during the months of their grooming constituted the basis of their lawyers’ respective defence cases. It also allows White to recreate the time leading up to the assassination in impressive detail – the combination of the messages exchanged with their handlers and the wealth of CCTV footage provides an extensive picture of how the North Koreans manipulated the women into doing their bidding. If you’re planning on tricking someone into committing murder, and you want to keep your part in the plot hidden, it’s probably best you make sure they aren’t going to share your picture on Facebook.

Assassins will keep you on the edge of your seat, whilst leaving you better informed on the perilous state of play between North Korea and the rest of the world.  Rigorous and riveting, this is one of the first great documentaries of 2021.

Antonio Banderas’ Best Roles: From The Mask Of Zorro To The 33