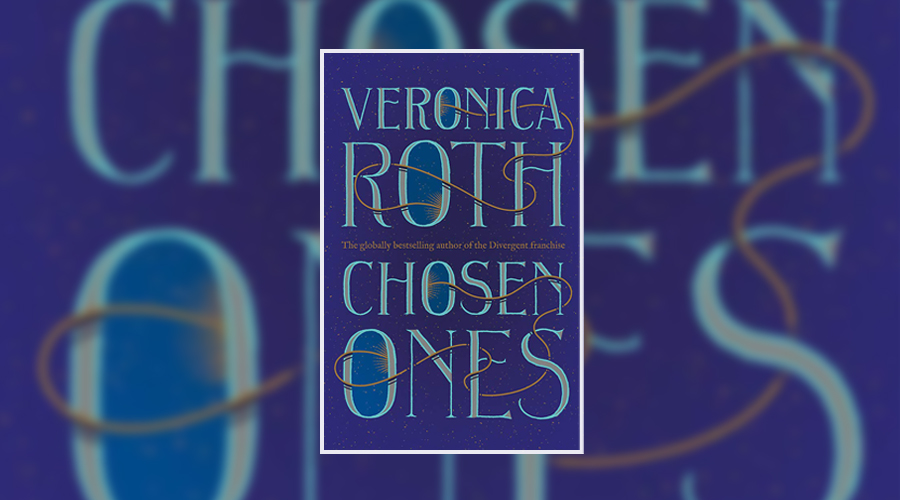 Fiction is chock-full of ‘chosen ones’ and their prophesied quests to save the world. They’re often young and reluctant heroes who are thrust into saviour roles they never asked for and never wanted, but found themselves eventually embracing it anyway. That’s exactly the case with the titular chosen ones in Veronica Roth’s first book for adults, with the exception that this story is set after they’ve saved the world, introducing five damaged people dealing with the repercussions of their fight against evil.

Fifteen years prior to when we meet them at the beginning of the book, the chosen ones were five ordinary teenagers who were singled out in a prophecy to go up against an evil entity known as the Dark One (yes it’s a clichéd name, but Roth knowingly addresses this within the first few pages). The teens – Sloane, Matt, Esther, Albie and Ines – fought hard to stop the Dark One, whose havoc levelled cities and killed thousands, and they ultimately defeated him. But it wasn’t without huge personal cost.

All the fame and reverence that they receive in the aftermath of their success can’t hide the PTSD they continue to endure. Of the five chosen ones, Sloane has struggled to adjust to her celebrity status the most, and it’s through her eyes that the story is told. She’s angry, bitter, anxious and belligerent. She doesn’t know how to be a normal person in a world that’s not under threat, and her inability to forget the past is alienating her from the only four people who truly comprehend all that she went through and sacrificed.

Sloane understands chaos and danger; she was taught to run towards it instead of running away. But even she’s not prepared for what happens on the tenth anniversary of the Dark One’s defeat. Following a devastating loss, the chosen ones discover that the Dark One’s plan was much bigger and more catastrophic than the prophecy originally foretold. Sloane and her friends are once again humanity’s only hope, but how do they summon the mental and physical strength when they gave everything they had the first time around?

“Nature is bloody, and as a whole, it favors strength over compassion.”

Chosen Ones is a novel of three parts, both literally and in how gripping it is. Part I, which introduces the chosen five and their history with the Dark One, is an expository uphill slog. It’s backstory heavy and seems primarily concerned with labouring Sloane’s angsty attitude problem, which doesn’t exactly endear readers to either the story or the character – a big problem when we’re supposed to spend over 400 pages in her company. But, thankfully, that starts to change as we move into Part II and Roth shakes up her plot entirely, killing off one of the chosen ones and basically resetting the remaining heroes’ original mission. This allows us to see them in action, rather than learning about their heroics through reminiscences, news reports and excerpts from classified government documents, which only serve to slow the pace.

Whilst Part II gives readers a little more to invest in, it’s Part III where the story really comes into its own as Sloane breaks away from her fellow chosen ones and actually thinks for herself. What does she want? Who does she want to fight for? You get the feeling that these aren’t questions she was ever given a chance to ask herself because she just went along with the prophecy and what that shaped her into, which, as it turns out, isn’t someone she likes very much.

There are many things to enjoy about Chosen Ones: Roth clearly has an affinity for the city of Chicago – also the setting for her Divergent series – and it shines through in her immersive descriptions of the landmarks and architecture. She also writes a compelling love interest for Sloane in the form of Mox, someone she shouldn’t fall for but finds herself strangely drawn to. It’s a shame that Sloane needed a love interest to soften her and force her into confronting some home truths, but the story is always more interesting when Sloane and Mox are on the page together. The romantic aspect of the book feels much more in keeping with Roth’s YA offerings, which launched her as a bestselling author back in 2011. After reading this book, YA is still the genre where Roth excels the most.

Chosen Ones doesn’t exactly set the world on fire, but it’s an enjoyable and action-packed adult contemporary fantasy book once you hit the halfway mark. Persevere and you’ll be rewarded with a final third that’s genuinely thrilling and emotionally engaging enough to make you excited about the possibility of a sequel.

Chosen Ones was published by Hodder & Stoughton on 7 April 2020