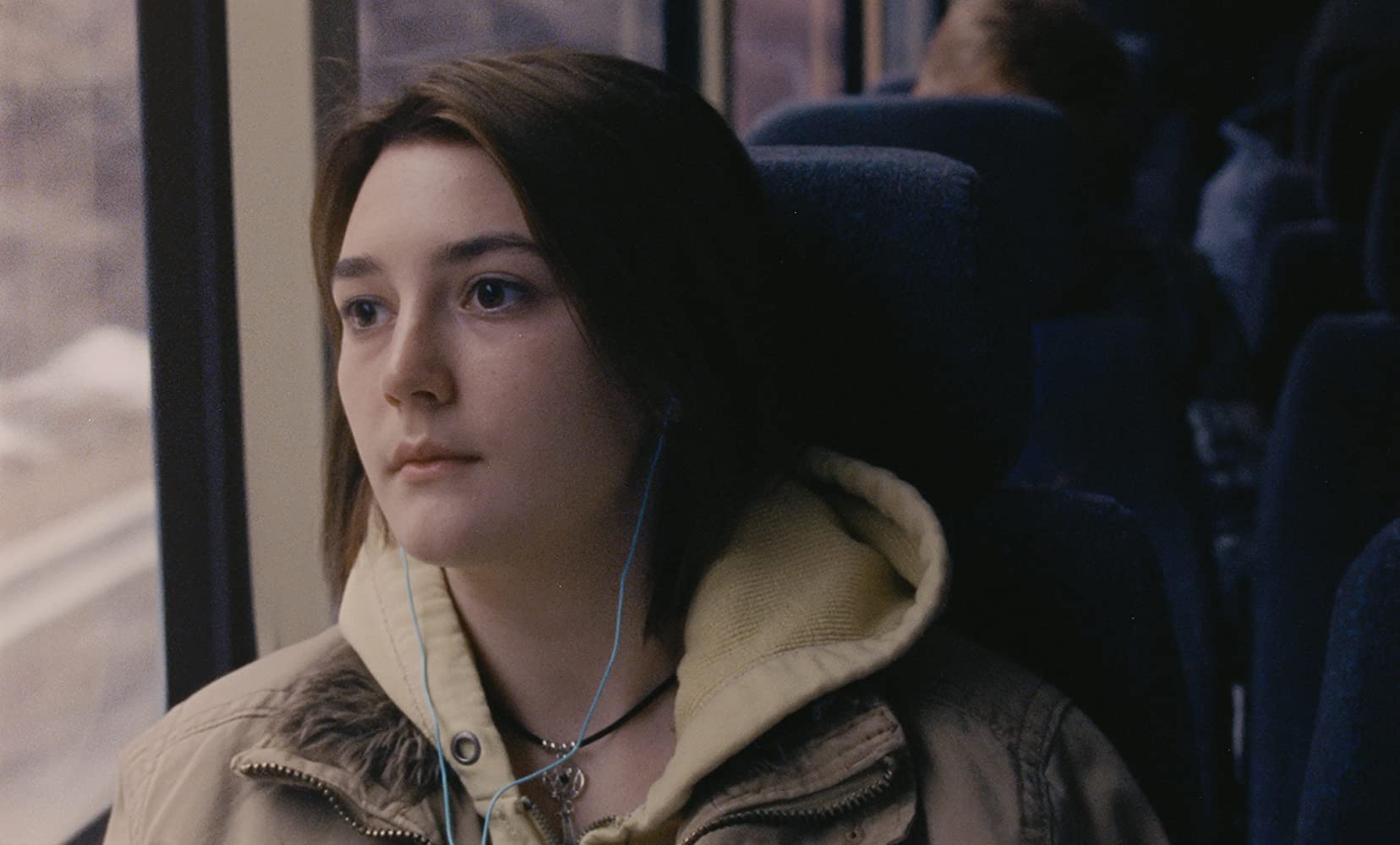 17-year-old Autumn (Sidney Flanigan) is pregnant. She wants an abortion, but the laws in her home state of Pennsylvania make that impossible without parental consent, and she doesn’t want her parents to know. She doesn’t want anyone to know.

Yet when she is violently ill at her grocery store job after trying to induce a miscarriage, her cousin Skylar (Talia Ryder) – who works with her – learns the truth. After stealing money from their lecherous boss, Autumn and Skylar head to New York City, where Autumn should be able to have the procedure without anyone finding out. Unfortunately, when they get to the Big Apple, the girls discover that their quest is far from over.

Never Rarely Sometimes Always, the fourth feature from Brooklyn-based writer-director Eliza Hittman, is a work of great quietness. There isn’t much of a score. There isn’t a lot of dialogue. We don’t hear Skylar and Autumn discuss their plan to steal money and head to NYC; they just do it. Neither do they talk when they have to walk past a huge protest outside the abortion clinic: the frightened glance they share says all we need to know.

Similarly, Hittman doesn’t waste time on giving us an exact accounting of how Autumn came to be in this predicament. We never meet the father; the only time we even hear about him is at the clinic, when Autumn is answering the counsellor’s questionnaire – the multiple choice responses are where the film gets its title – and we learn that he was abusive. Hittman always seems to have a handle on the precise amount of information that we need and nothing more, so she can focus her attention on the important stuff without getting bogged down in extraneous detail.

The important stuff is Autumn, and her journey. And of course, the sad fact that in Never Rarely Sometimes Always, she is standing in for thousands of women who have to make the same trip. By its very nature, this a political film, but it’s never preachy. At no point is there even the threat that someone is going to start speechifying; there are no villains and swelling music, it doesn’t all end with a website you can go to donate. None of that is necessary. Hittman’s movie garners far more power with its unassuming empathy, placing us right by Autumn’s side as she deals with all this trauma. And you can’t praise Sidney Flanigan’s bruising performance enough; by the time you leave her, she has broken your heart several times over.

If there’s any joy to be found here, it’s in the relationship between Autumn and Skylar. The silence they share is a comfortable one. Skylar’s presence is enough to make her cousin feel supported. Autumn is able to repay that later in the film, when Skylar get in a precarious situation with a man. A touch of the hand, a linking of the little fingers, and she’s knows that she’s safe. There’s something so lovely and so necessary about the ways these two young women are there for each other, even when the rest of the world is against them.

Never Rarely Sometimes Always is released Digitally in the UK and Ireland from 13 May, and will be available on VOD from 27 May.