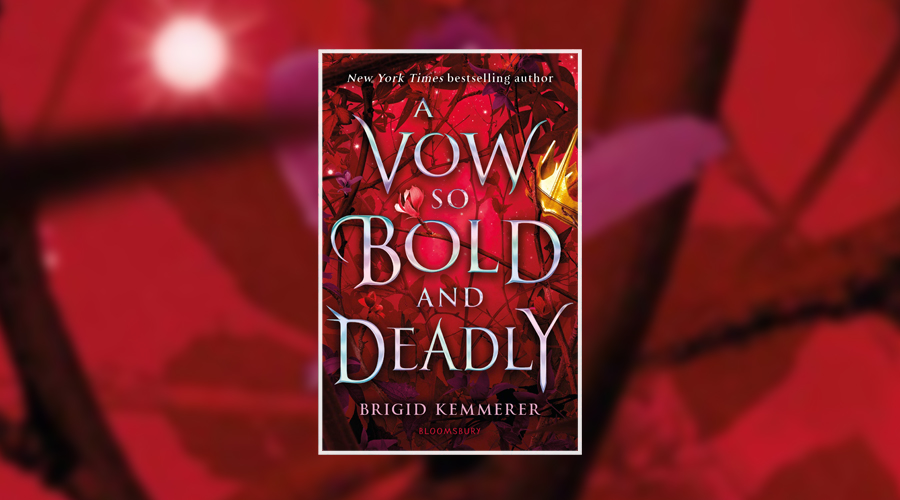 This review includes spoilers for books one and two in the Cursebreaker series.

It feels like only yesterday that Brigid Kemmerer was introducing readers to her YA contemporary fantasy retelling of Beauty and the Beast. Yet here we are, on the third and final book of the Cursebreaker series, and as with all beloved trilogies, it’s a bittersweet conclusion that brings the tale to a close, whilst simultaneously leaving you wanting more.

Picking up where book two ended, the characters at the heart of the story are still at a stalemate, with all-out war between Emberfell and Syhl Shallow creeping ever closer. On one side of the fight we have the series’ original couple Harper and Rhen, who successfully broke book one’s curse by falling in love, only to realise that ending the evil enchantress’ spell was just the beginning of their fight to save the Kingdom. On the other side of the battle is former guard commander Grey, the rightful heir of Emberfall, and Queen Lia Mara, who even with Grey now by her side is struggling to rule with a gentler hand than her late mother.

At the very core of this third book is a battle for power – firstly between two Kingdoms, one with significantly more manpower than the other, and secondly between two brothers, who, up until the second book, didn’t even know they were kin. Whilst the impending war between Emberfall and Syhl Shallow is a threat that looms over every single character, it’s the more personal war between Grey and Rhen that takes centre stage. They’re both hurt and angry, both of them forging ahead with a conflict that neither of them really wants. Neither man nor Kingdom will back down, leaving both sides vulnerable to the resurgence of an old mutual enemy with the power to destroy them all.

What made A Curse So Dark and Lonely such an enchanting read, aside from the old-worldly, fairytale-esque setting, was the sparky dynamic between Rhen, Harper and Grey – characters of wildly different positions and backgrounds who would all have sacrificed themselves to save each other. A Heart So Fierce and Broken saw all that begin to disintegrate, as Rhen turned on Grey and Harper found herself stuck in the middle. A Vow So Bold and Deadly offers yet another dynamic: the three original characters against each other. Even Harper, who continues to pledge her loyalty to Emberfall, remains at odds with Rhen over his torturing of Grey.

One of Kemmerer’s strengths as a writer has always been giving her characters room and time to grow. The Rhen, Harper and Grey we follow here are not the same people we met at the beginning of the series. For better or worse, their arcs have allowed them to develop in a way that feels natural. Still, the urge to have them all back on the same side never goes away; these are characters who work better together than apart, and half of the joy/agony of Bold and Deadly is the uncertainty over what will happen when the inevitable war takes place; when Rhen and Grey finally arrive at the point where one has to defeat the other. Trust me when I say it’s a heart-in-your-throat chapter that doesn’t disappoint.

Lia Mara is a slightly different story. As a character who came into the series mid-way through, she’s never demanded quite the same reader devotion as the series’ other POVs, who were an integral trio from the start. She’s always felt a bit more of an afterthought – a distraction to manoeuvre Grey into taking a stand. Whilst she does come into her own a little more here, as she learns how to be a queen who’s both merciful and strong, Bold and Deadly remains a tale of three divergent characters – Rhen, Harper and Grey – and whether they can ever forgive each other, and in some cases, themselves too, in order to overcome true evil.

A Vow So Bold and Deadly is an exciting, romantic and suspenseful conclusion to a fantasy series that captured hearts from the first few pages and whisked readers on a spellbinding journey of love, sacrifice and allegiance. Some book’s characters are easy to let go of, and even easier to forget, but Brigid Kemmerer has ensured that hers will stay with readers for a long time to come.