However bold the premise, however dramatic the twists and turns, if we don’t care about the people at the heart of a TV programme, then we don’t keep watching. And at the end of another year where televisual distraction has been eminently needed, we really do want to keep tuning in to our favourite shows. Here are some of the characters that have kept us glued to our screens in 2021. 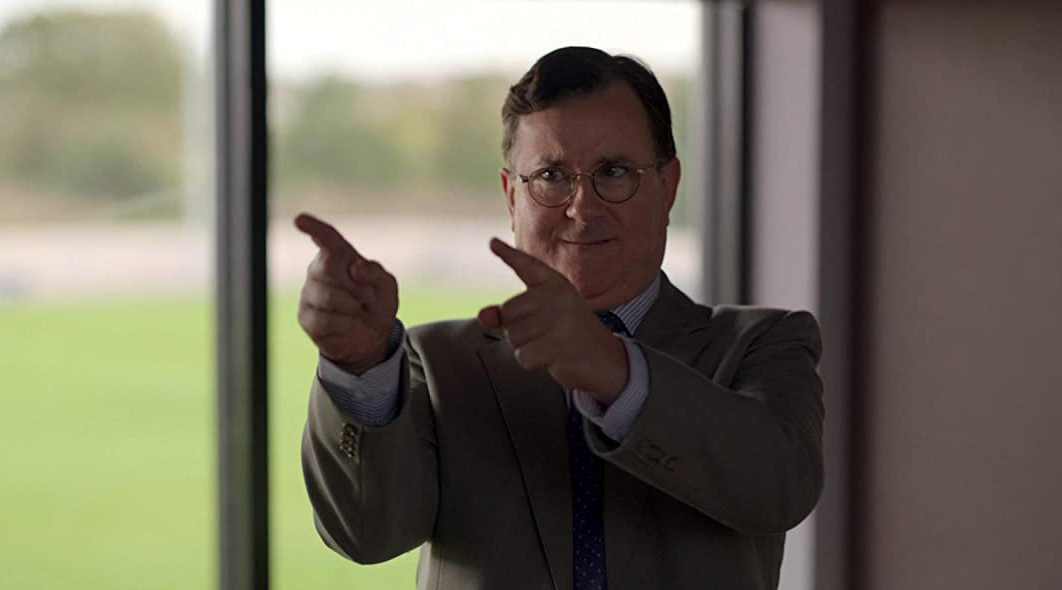 There’s no shortage of wonderful characters in Ted Lasso, but one who hasn’t always got his due is AFC Richmond’s Director of Communications, Leslie Higgins. He doesn’t have the most screen time (and most of it this series has only revolved around his continuing search for a new desk, after losing his office to the team’s new sports psychologist), and isn’t embroiled in personal drama like the major players, but whenever he does appear, Higgins’ sweetly awkward optimism, and the kindness that exudes from every pore, makes him a complete delight. – Chloe Walker 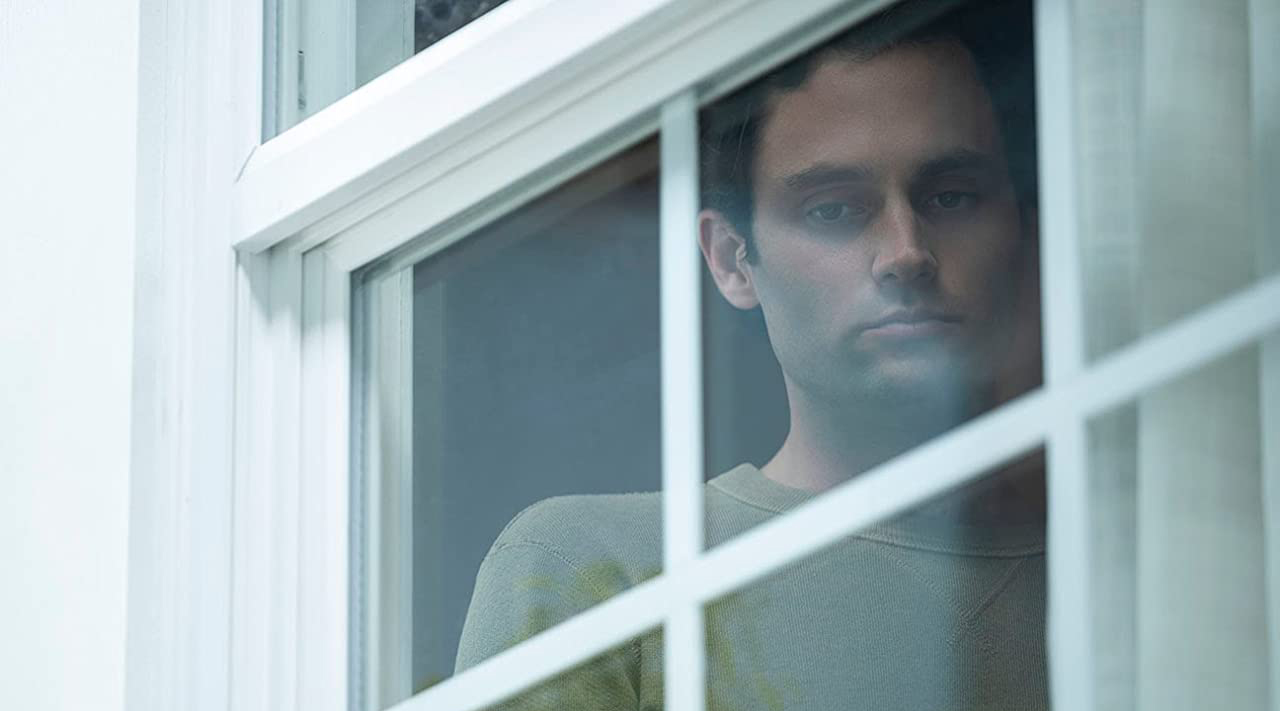 It would be easy for a character like Joe Goldberg – the homicidal protagonist of Netflix’s You – to become a horribly one-note character. After all, how many times can a character like Joe move to a different state, start over again with a new identity, fall obsessively in love with another woman and leave a trail of dead bodies in his wake, before the whole set-up becomes stale? Yet, season three introduces a different Joe – a doting father and loyal (for the most part) husband, who wants to do better. And for a while, he is better. But he can’t ignore his true nature forever, and it’s Joe’s internal and external struggle that fuels S3. Penn Badgley plays Joe with an oddly beguiling mix of outwardly friendly charm and inward disdain at the vacuous people around him. But it’s the antipathy and irritation he feels towards his wife, Love, for also being a murderous psychopath, that makes him such a fascinating, entertaining and gloriously hypocritical character. With a fourth season confirmed, it’s a disturbing joy to know that Joe’s journey isn’t over yet. – Natalie Xenos 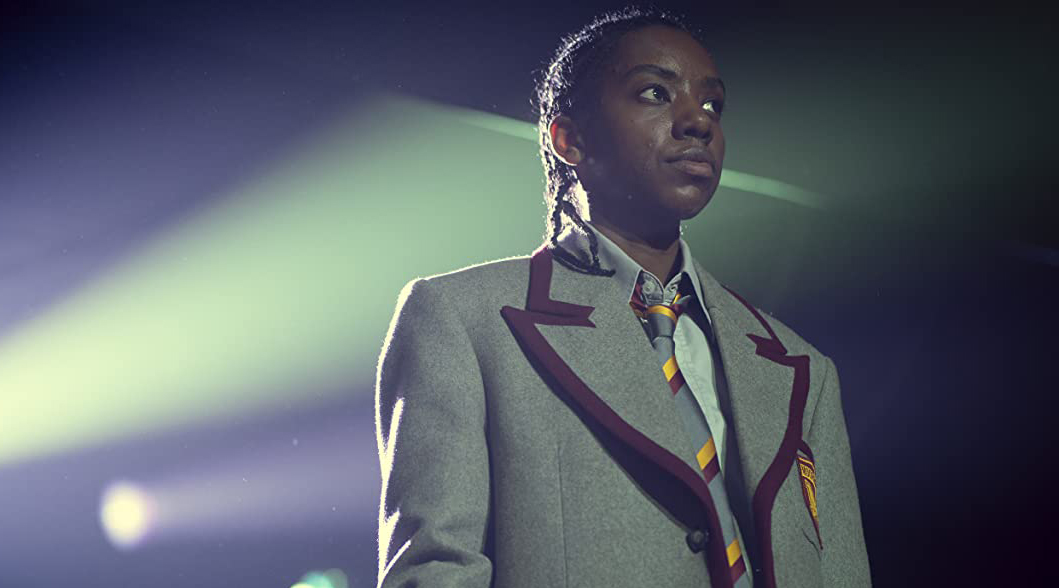 Cal is a new addition to the Sex Education crew for season 3 and one of two new non-binary characters. What made Cal’s impact so great was that they entered with an air of complete chill and completely upended sports star Jackson with only a few words. They are honest about their feelings and opinions, putting them into conflict with the restrictive and controlling new head teacher, and with Jackson, who isn’t sure if he wants to befriend Cal or date them. Dua Saleh brings a new energy to the series with Cal and it’s very welcome. – Nick Gomez 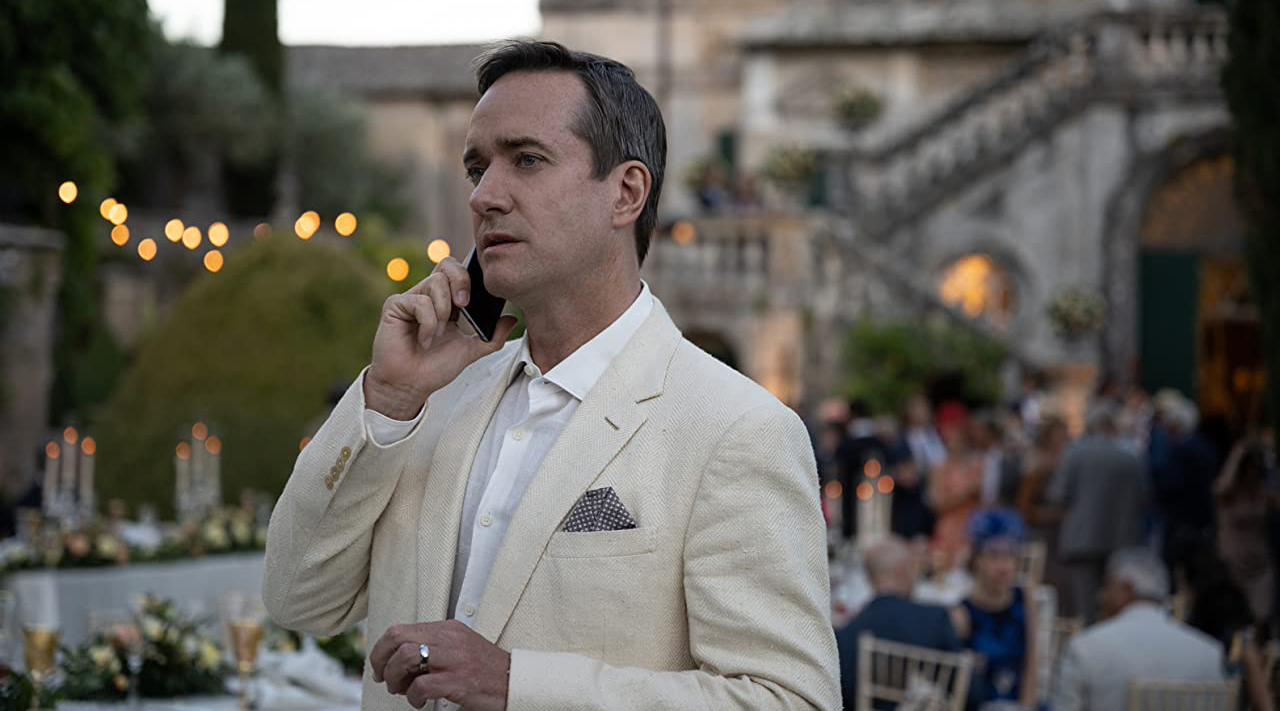 Although the big feud of this series has been between Kendall Roy and his father Logan, the question over whether in-law Tom will be heading to prison as the family scapegoat has been just as gripping. Whilst his pre-jail research has provided many of the episodes’ biggest laughs (“I got deep into the prison blogs about toilet wine”), Matthew MacFadyen has played Tom’s unease about his situation with affecting melancholy. While as of episode 7 his fate seems secure, with two more instalments left at the time of writing, where Tom will be at the end of the series is very much still up in the air. – Chloe Walker

Miri and Billy – Back to Life 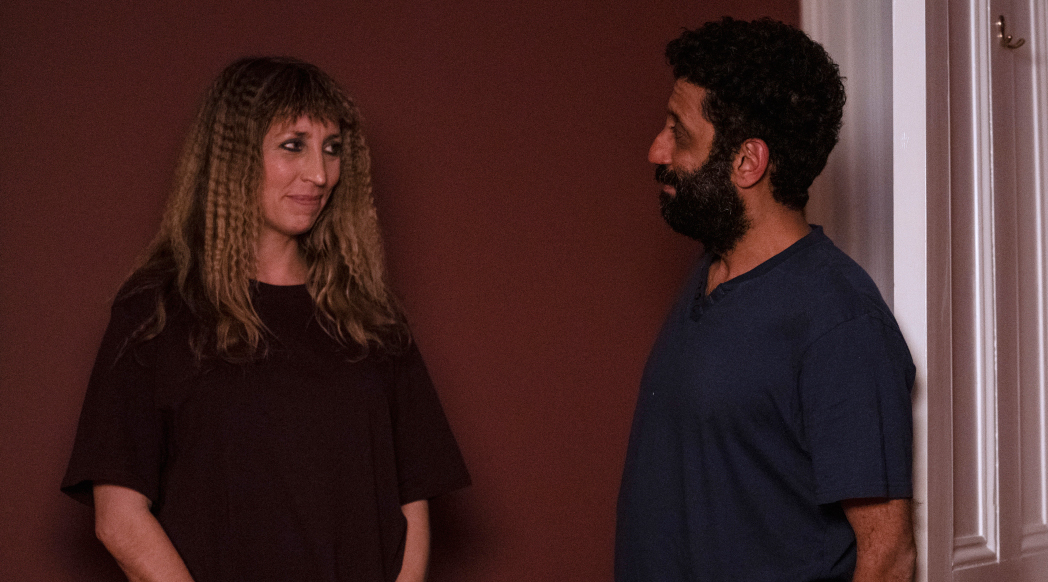 Billy and Miri are what you might – somewhat unkindly – call life’s losers. Miri spent 18 years in prison for the accidental death of her best friend when they were teenagers, only to become the town pariah upon her release. Whilst Billy – who lives next-door to Miri’s parents – has spent his days nursing his older wife. Neither of them have much going for them but somehow they find a shared kindness and sympathy in each other. Watching their friendship blossom into something more, and the compassion that Billy shows to Miri as she tries to catch up with everything she missed whilst she was in prison, is genuinely heartening. Daisy Haggard (who also co-writes the show) and Adeel Akhtar put in such wonderfully understated but hopeful performances too, reminding us of the importance of friendship, love and second chances. – Natalie Xenos 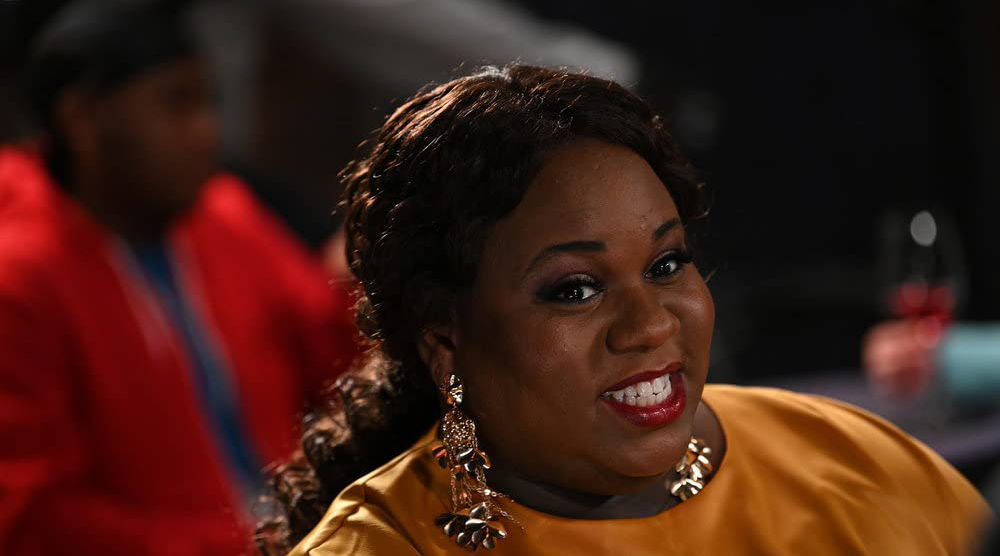 Alex Newell. Do you need more of an explanation? Alex Newell, of the Broadway revival of Once on This Island, and before that Glee, plays the magnificent, scene-stealing, song-belting, glamorous Mo. Mo is Zoey’s neighbour and confidant, but he is also a DJ and business owner. Newell grabs your attention as Mo with stunning genderfluid fashion, then holds it with his sensational voice. Season 2 of Zoey’s Extraordinary Playlist gave Mo more backstory and it was all the better for it. – Nick Gomez 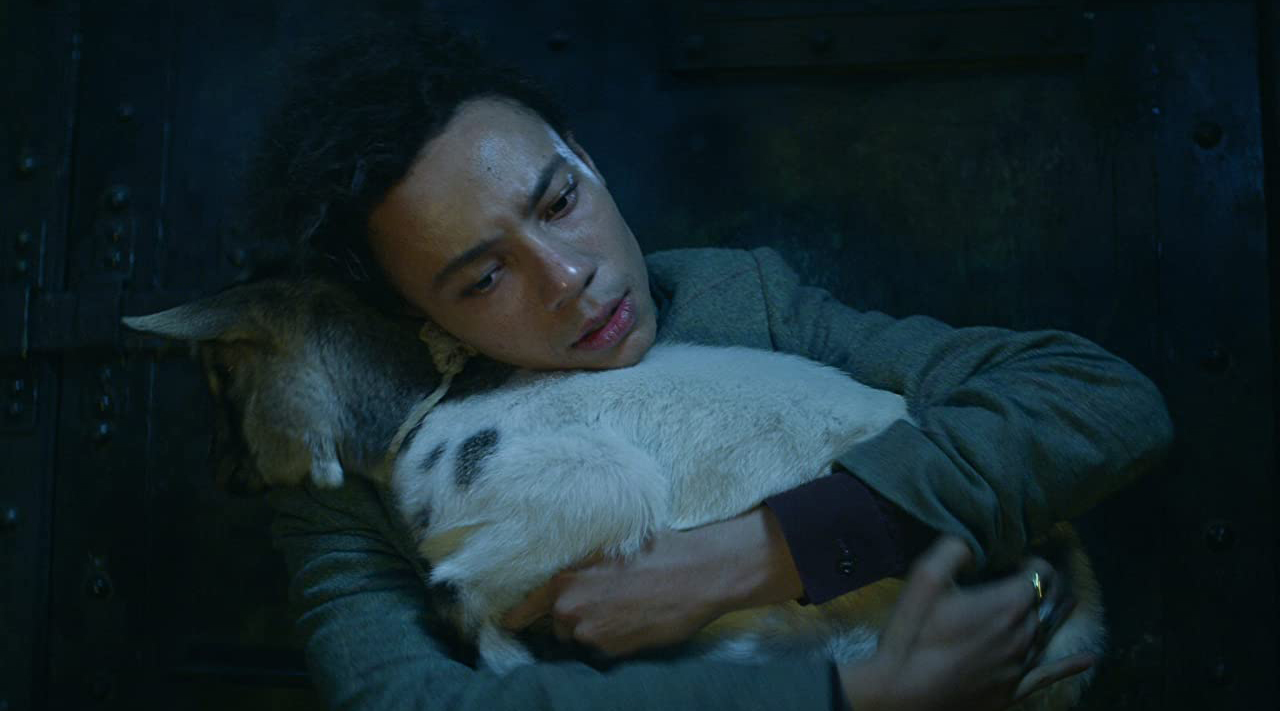 Shadow and Bone was full of incredible performances and any one of the main actors – from the Crows to the Darkling to Alina and Mal – could have made it onto this list. But sharpshooter Jesper beat the rest by a small margin for how much simple joy and charm he brought to the fantasy series. The character is funny and endearing, with an arsenal of one-liners at his disposal, not to mention insane shooting skills that you wouldn’t want to be on the receiving end of. Kit Young really did steal every scene he was in, but what lingers most is his devotion to sweet, helpless Milo, the emotional support goat, which provided fans with an endless supply of memes and gifs to enjoy. If anything bad happens to Jesper in the next season, we revolt! – Natalie Xenos 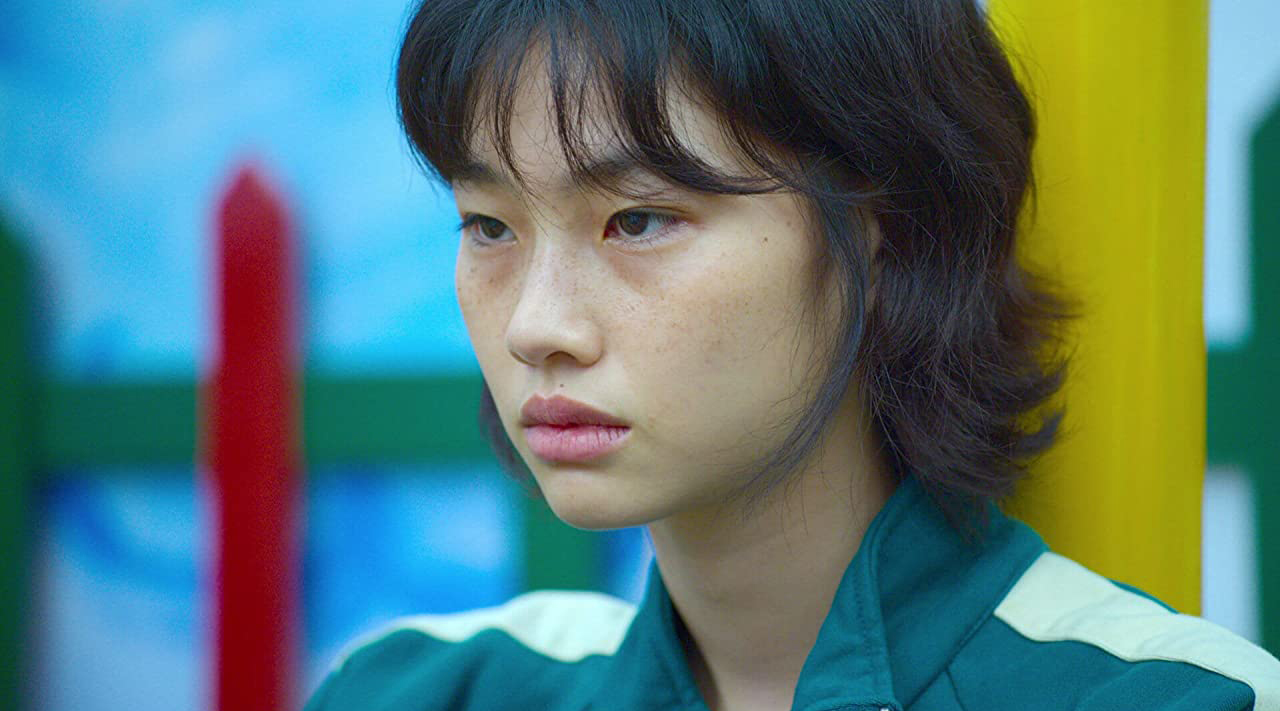 In a show rife with big, loud, emotional characters, the continual composure of Sae-byeok immediately made her stand out – whilst everyone else was (quite understandably) losing their heads at the nightmarish situation in which they’d found themselves, she remained calm and collected. As we’d soon learn from her backstory as a North Korean defector, she was the rare player who’d actually been through something worse than Squid Game. Though it took her a while to let anyone in, Sae-byeok’s immense bravery and intelligence (not to mention the incredibly charismatic performance of Jung Ho-yeon) made her the MVP. – Chloe Walker 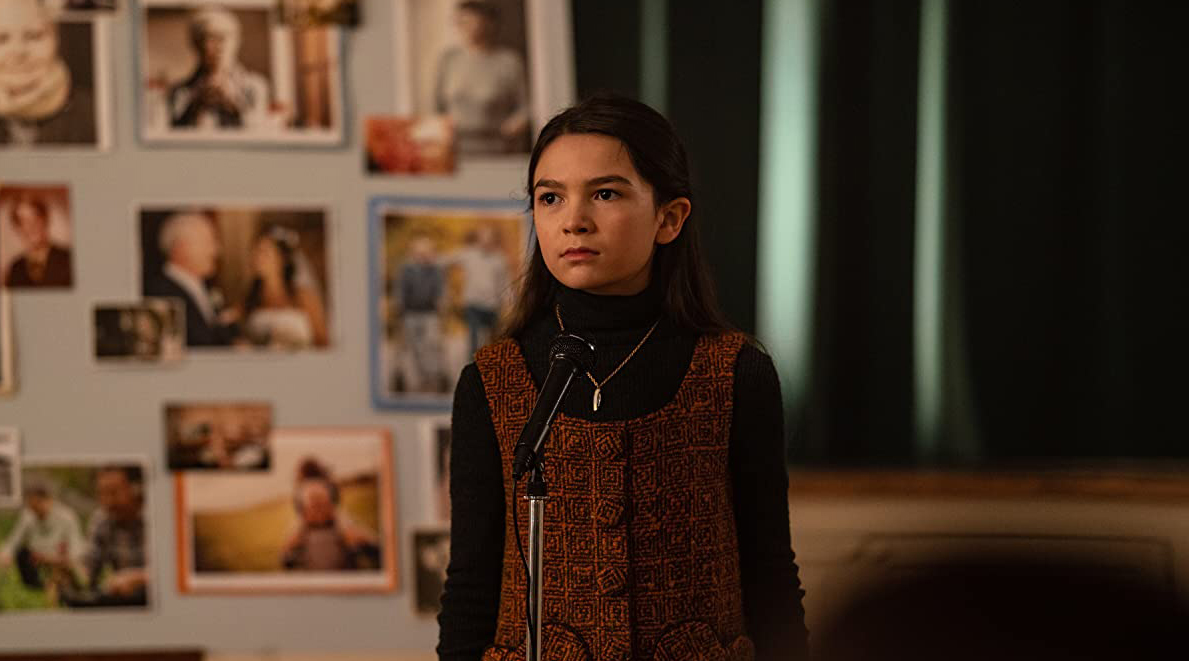 Brooklynn Prince wowed audiences with her critically acclaimed performance in the 2017 coming-of-age drama The Florida Project. You need only watch Home Before Dark for further confirmation of her ability to capture viewer’s hearts with an emotional maturity way beyond her years. The series centres on a young girl who follows in her father’s journalist footsteps by investigating a cold case when they move back to the small coastal town of his childhood. Hilde is such a curious, intelligent and resourceful character, who utilises her Nancy Drew-esque sleuthing abilities to bring the truth to light. Whilst S1 of the mystery drama introduced Hilde’s dogged determination to uncover the town’s secrets, S2 showed her also wrestling with the decline of her beloved Pop Pop. It was devastating to watch her struggling with grief and loss – things that are difficult for a child, even one as smart and perceptive as Hilde, to understand. One thing’s for sure, we should expect big things from Prince in the future. – Natalie Xenos 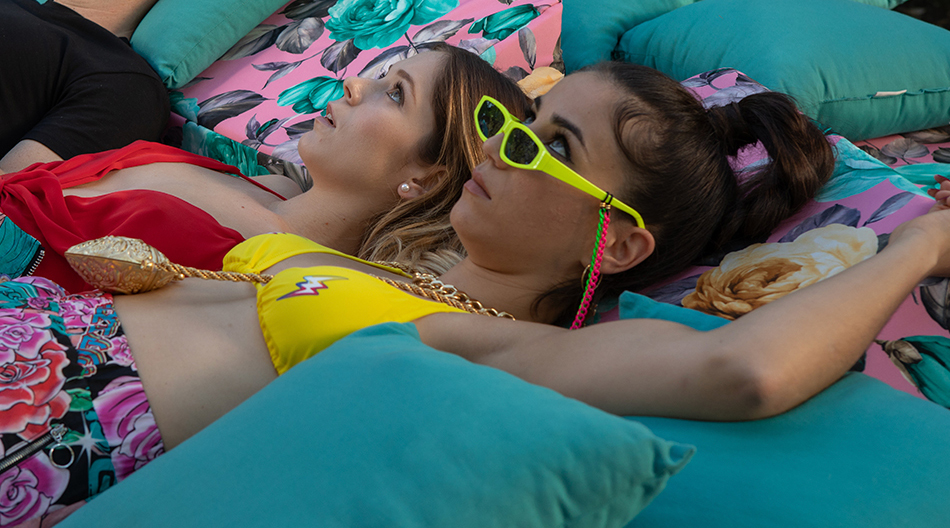 It’s hard to pick favourites with Elite because there are some sexy, brilliant, wild characters in this show. But two were standouts in season 4: Cayetana and Rebeka. Caye is a standout because she has had such a transformation. She was introduced as a new student with an influential social media presence, which it turned out was all a ruse as she was only pretending to be wealthy. She was desperate to be popular and it put her on the outs. But with her truth exposed, she went on a journey of growth and ended up being way more likeable for it. Rebeka has always been cool, but not necessarily effortlessly. She has a specific alt look that is cultivated to hide her softer side. By opening up and letting her softness bleed through, she managed to get tougher and sweeter. You root for Rebeka, and want her to invite you over to hang out. – Nick Gomez 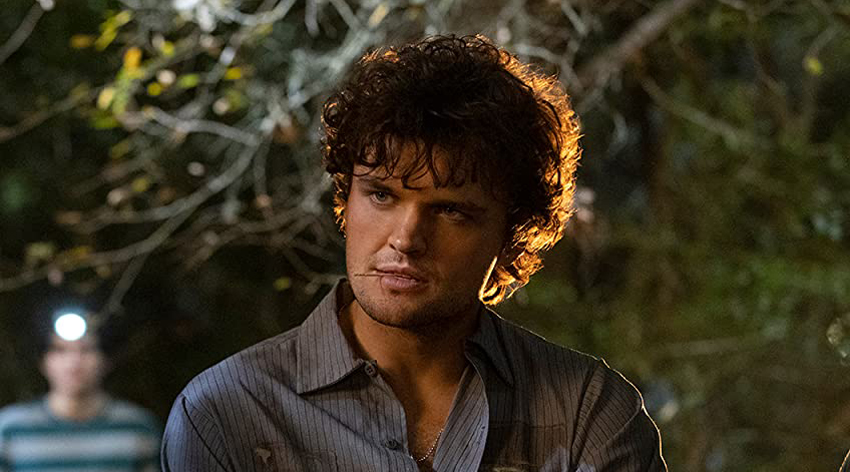 Full disclosure, I felt a palpable hatred towards Ray Hall for the first couple of episodes of Panic. Yet, due to a winning combination of great writing and an even greater performance by Ray Nicholson, the same character I’d detested so much at the start, ultimately became the best thing about Panic in the end. We’re all used to the bad boy in YA shows, and whilst Ray is invariably that, he’s also a lot more than what he allows those around him to see. Unlike Heather, the show’s lead and Ray’s love interest, who wears her trauma and weaknesses like physical items of clothing, a character like Ray hides his damage so well that it’s easy to think he really doesn’t give a damn about anyone or anything. To discover that he does care, that there are hidden depths underneath the bravado and swagger, makes him one of this year’s most intriguing, surprising and disarming TV characters. – Natalie Xenos 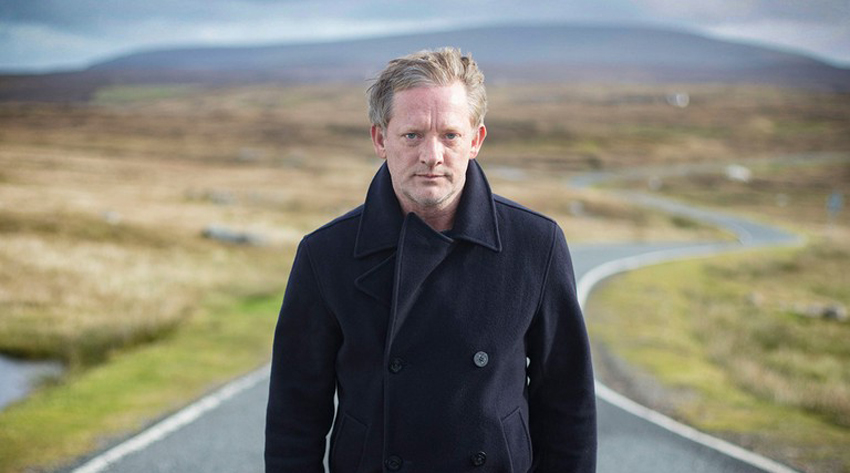 It’s a hard thing to play ‘good’ interestingly, but Douglas Henshall – now in his sixth series of playing Detective Jimmy Perez on Shetland – has it mastered. Jimmy doesn’t have any super powers or special abilities; he doesn’t have a dark past, or any terrible secrets (that we know of, anyway….). He’s just a good man, who’s good at his job, and this series experienced even more stress than usual, with the death of his mother and the incipient dementia of his father. Henshall’s sensitive portrayal of Jimmy’s all-too-human stresses and burdens has been continuously, powerfully compelling. – Chloe Walker 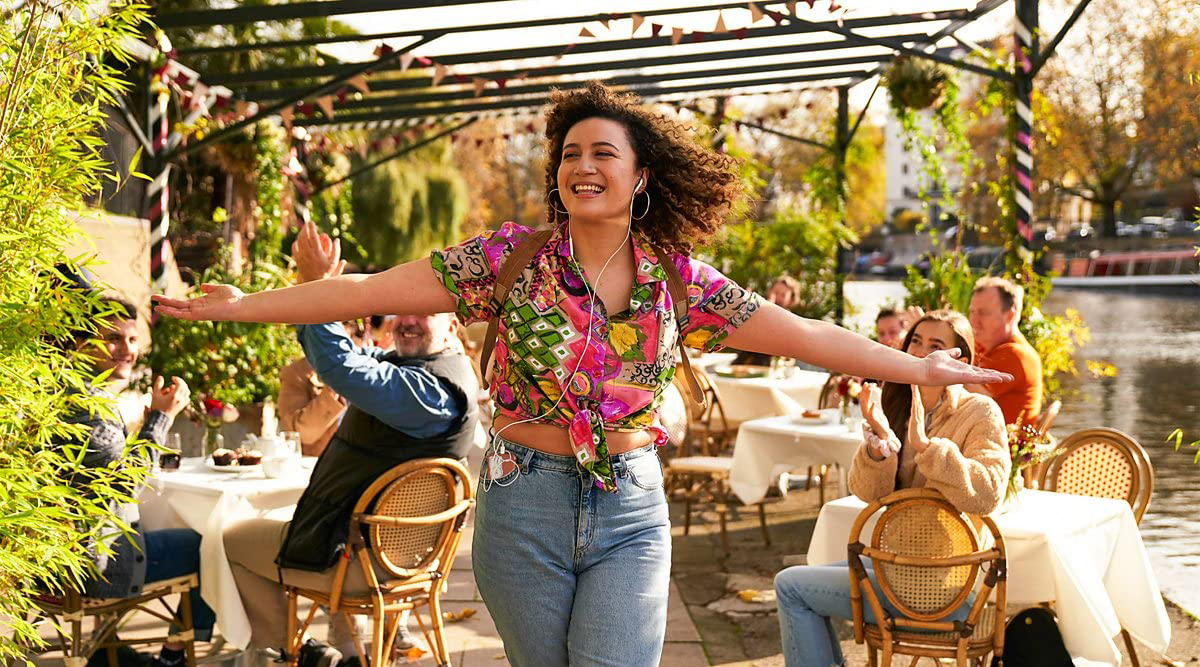 Jessie might be a bit of a walking disaster but she somehow lands on her feet when she has a one-night stand with a charming and handsome man she meets at a club on New Year’s Eve and subsequently discovers he’s a famous actor. Whether that’s a dream scenario for you or a nightmare, the delight of watching Starstruck comes from Rose Matafeo’s performance, as Jessie stumbles from one awkward encounter to the next as she tries to navigate a potential relationship with a movie star. Most of the laughs come from the fact that Jessie doesn’t think she’s the type of woman a famous actor would or could fall for, and she constantly self sabotages. It’s the ultimate will-they-won’t they situation and Jessie is such a warm and loveable character – it’s impossible not to take her into your heart. – Natalie Xenos