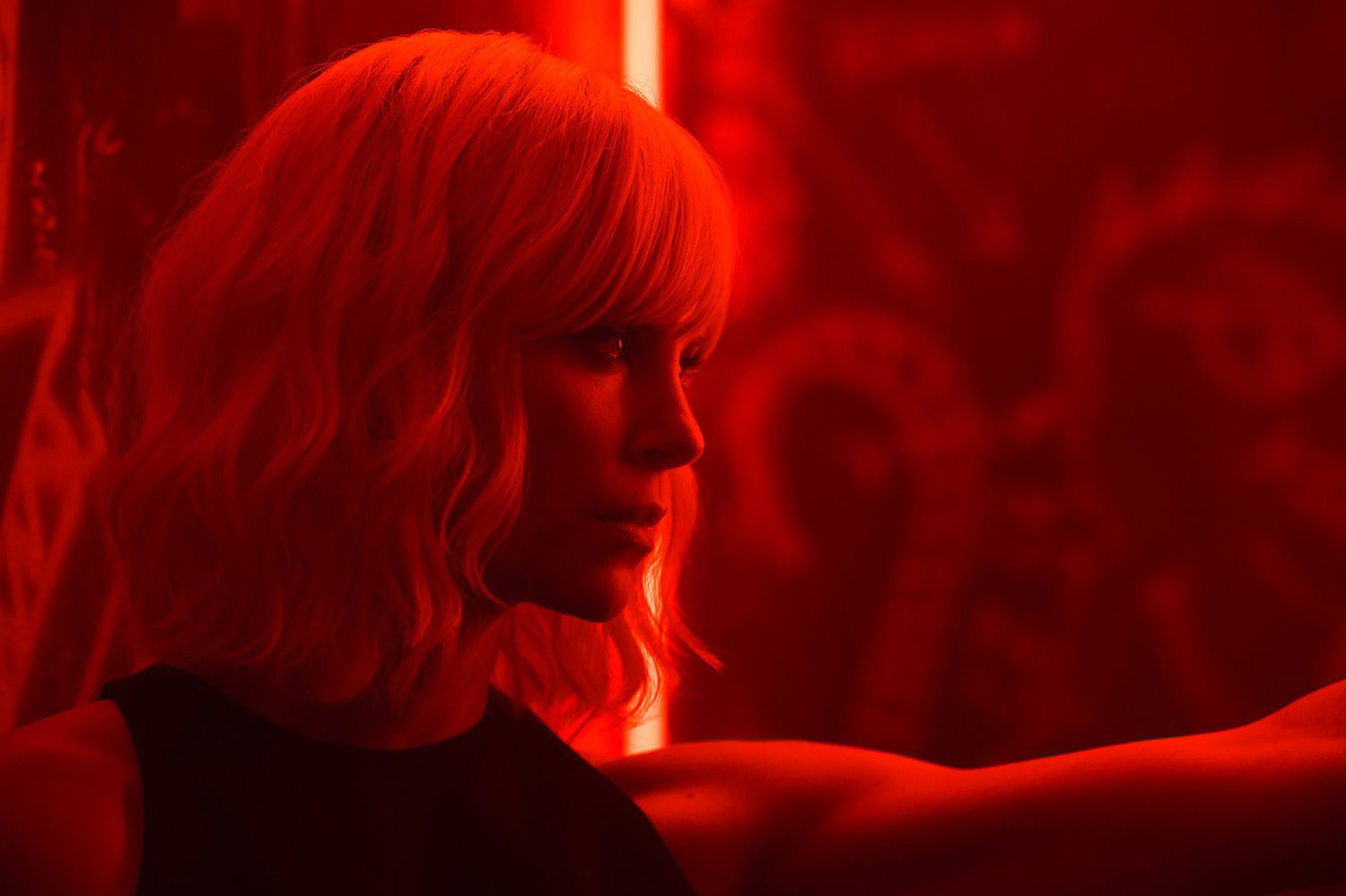 A ‘female James Bond’ is the shorthand many people use to describe Lorraine Broughton (Charlize Theron), the badass blonde leading Atomic Blonde. It’s a lazy observation, one that misunderstands Bond and shortchanges Lorraine. Sure, she’s a heavy drinker, stylishly swigging straight vodka (on ice), and she’s got a killer sense of style, but unlike 007, she has to patch up her knuckles.

From the very first scene, as she rises from the ice-bath bloodied and bruised, Lorraine is a different kind of spy. She is brash, sarcastic and a complete nihilist. She enjoys beating people up for a living and it is unclear if she actually wants to save the day. Theron is commanding in the role. She is clearly relishing playing a cypher as well as enjoying the physicality a film like this needs.

Unfortunately, outside of Lorraine, the film has a retrograde representation of women. Most troubling is Delphine Lasalle, played by Sofia Boutella. Boutella is solid in the role, intriguing and vulnerable when she needs to be, but the callous attitude the film has towards her reveals the film is a male fantasy, no matter how much soul and dedication Theron and Boutella bring to the table. 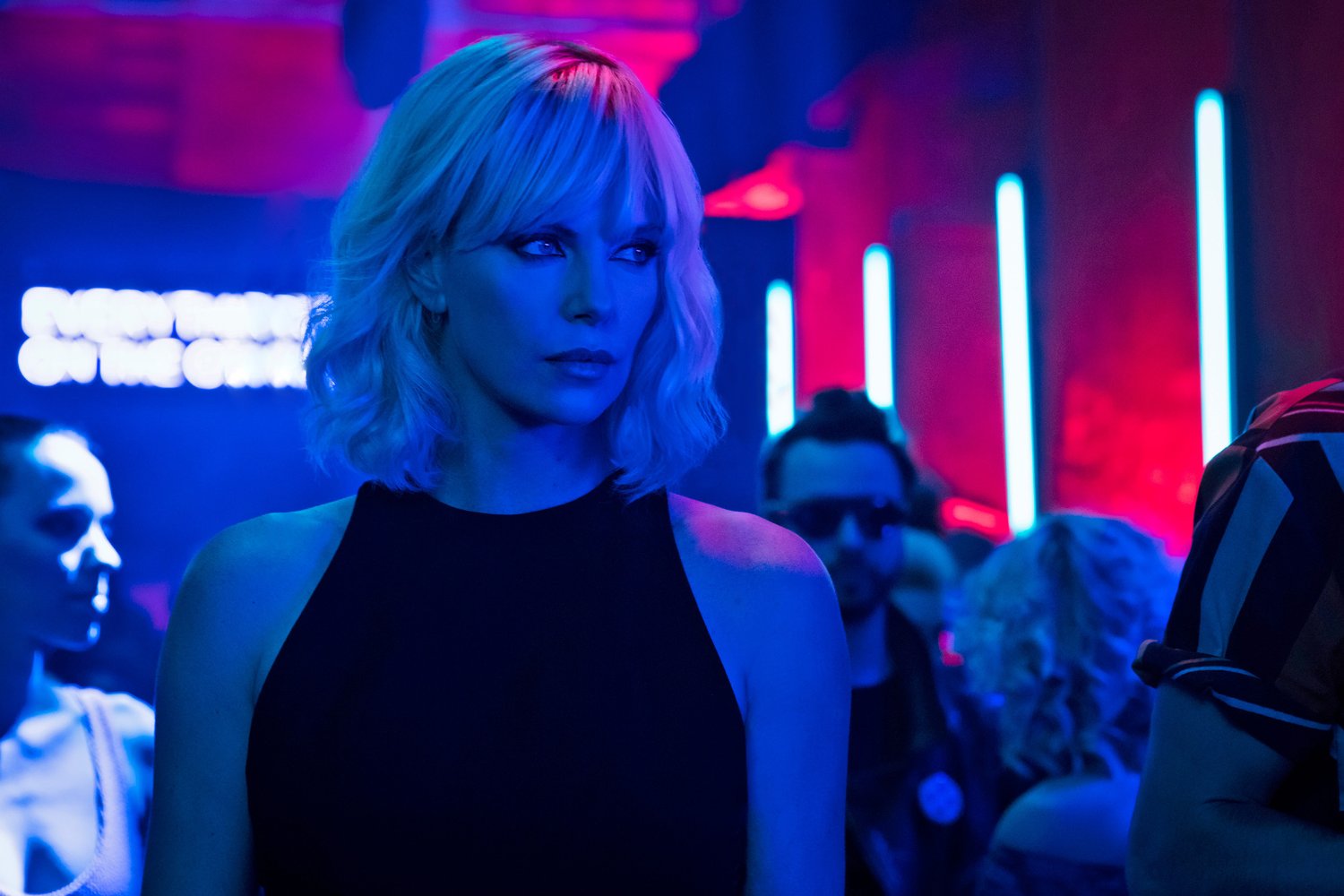 The film is also overwritten. When it finds its perfect ending, the film marches on desperate to wrap up its loose ends. Lorraine is in Berlin for the typical spy reasons. Her mission involves embedding herself into the Berlin scene and finding a microfilm containing a list of all the current undercover agents. It’s a simple plot that Leitch and writer Kurt Johnstad can’t help complicating to the point of convolution. Every character in Atomic Blonde is gaming each other, and all the triple-crossing makes emotionally engaging with the characters harder than escaping East Germany.

Through archival video clips of the growing political dissent and the eventual tearing down of the wall, it’s clear Leitch and Johnstad are straining for some type of sociopolitical commentary, but like the character motivations, it remains obtuse. The only benefit of the setting is the music. From Nena’s anti-war anthem 99 Luftballons creating a good sense of time and place to George Michael’s Father Figure supplying the beats to an inventive action sequence involving a hosepipe, it is an 80’s soundtrack filled with bangers and very little mash.

Elisabet Ronaldsdóttir’s editing is as brutal and elegant as Lorraine as each punch is as rhythmic as the backing music. She and Leitch know how to stage an action scene, favouring long takes showing Theron doing her own fight choreography. It’s with an audacious seven-minute long take Leitch, his editor and his stunt team showcase their knack for choreographed chaos. Starting with Lorraine cocking her pistol between her legs to follow as she brawls down staircases before segueing into a car chase. It’s a swaggering piece of filmmaking and is quite possibly one of the best fight scenes you’ll see all year.