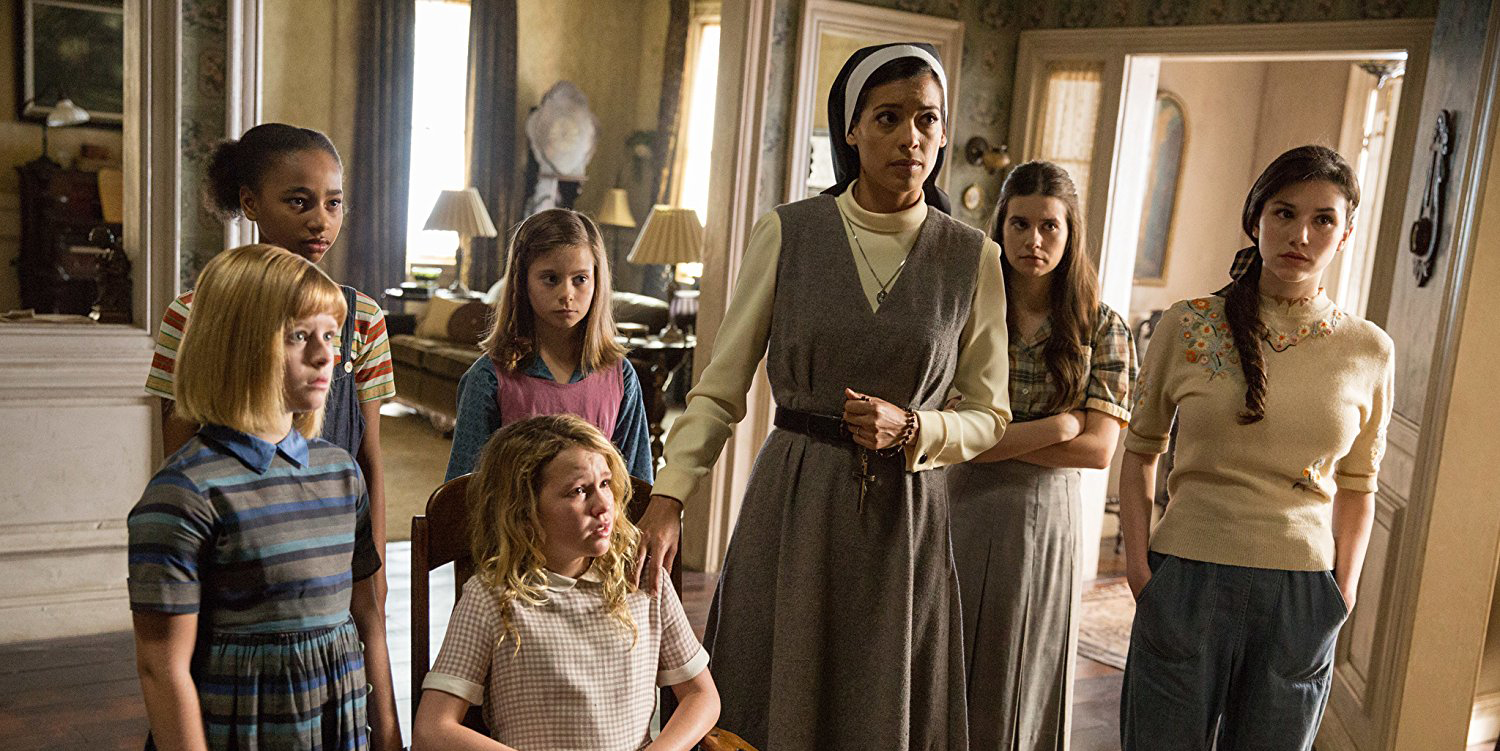 Here we go again: yet another highly effective and middling entry into Warner Bros’ wildly successful Conjuring franchise graces our screens this week. A prequel to the spinoff prequel of James Wan’s original The Conjuring movie, Annabelle: Creation goes even further back than its predecessor, right back to the very origins of the demonically possessed doll. Keeping things relatively tight and confined to mostly one location, Creation marks a vast improvement over the otherwise laborious, dull and scare free first Annabelle movie from 2014.

Taking place a decade or so before the events of the first film, the story opens in that typical of horror movie staples, the workshop of a doll maker. Samuel Mullins (LaPaglia) crafts the seemingly innocent titular doll during the opening credits. Cue plenty of shots of dismembered doll parts and generally unnerving plastic limbs. Samuel lives in a remote farmhouse with his wife Esther (Otto) and all seems relatively happy at first, until tragedy suddenly strikes when their young daughter Annabelle is rundown by a passing car. Cut to twelve years later and the still grieving Mullins have invited a group of young orphan girls, along with their caretaker Sister Charlotte (Sigman), to reside with them in their home.

As the girls, including best friends Linda and Janice (recently disabled due to a case of polio), explore their new surroundings, it quickly becomes apparent that not everything is well with this place. There are strange noises, the pitter-patter of tiny feet scurrying in the shadows, the creak of doors opening when they should be locked, and the appearance of a certain familiar doll kept hidden away in a small cupboard with bible pages plastered to the walls. 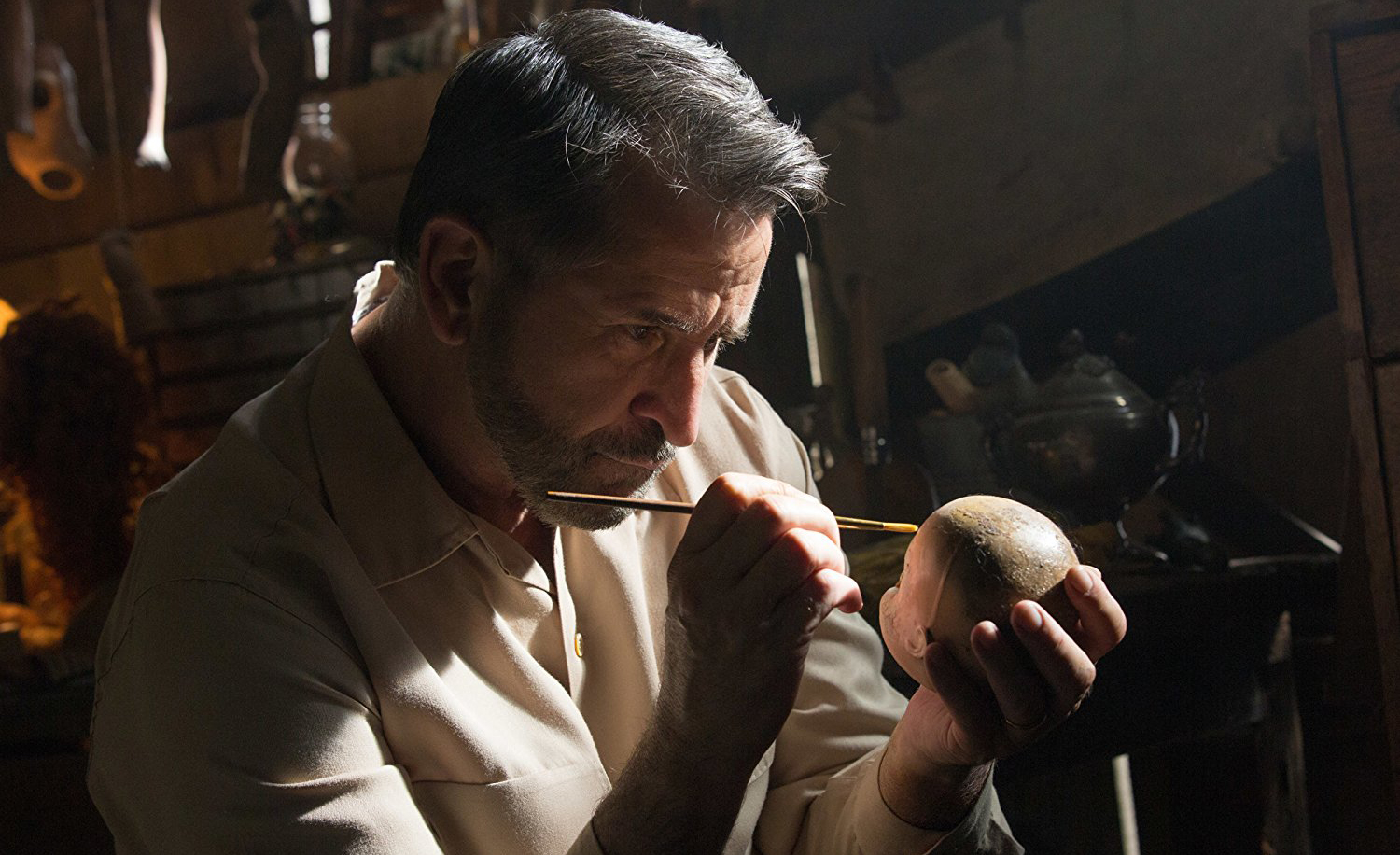 If you’re a fan of this franchise then you pretty much know what to expect next. You’ve seen this all before. We all have. The old clichés and horror tropes are trotted out to full effect, with not a single subversion or original twist to its name. Yes, Annabelle: Creation is about as unoriginal a studio horror movie as you can get; creepy dolls, demonic shadows, scarecrows, flickering lights, ghost children running by in fleeting glimpses whilst giggling wistfully – you name it, it’s all here. Thankfully though, it’s not as bad as it initially seems. When clichés are executed poorly, then everything can seem like a bore. But when those same clichés and tropes are executed with skill and precision, then everything old can seem new again. Well… almost.

Everything old is not new again, but David F. Sandberg – director of Lights Out – has a way with these tropes, fashioning them with a skill and precision that’s rarely seen in mainstream studio horror. He’s crafted highly effective shocks, creating at times a truly riveting ghost ride of a movie. Of course, the film has about as much depth as a fairground ghost ride, but it’s a hell of a ride whilst you’re having it.

Holding each shot long enough to register the creeps and capturing a decent balance between overall atmospherics and jump scares, Annabelle: Creation is expertly crafted in its design and execution. One notable sequence features two young girls sitting under a bed sheet late one night telling spooky stories, before gradually realising that something is terribly wrong. Sandberg, along with editor Michel Aller, composes the sequence perfectly, holding certain shots long enough to register the fear before quickly cutting away to give the full effect of the resulting scare. 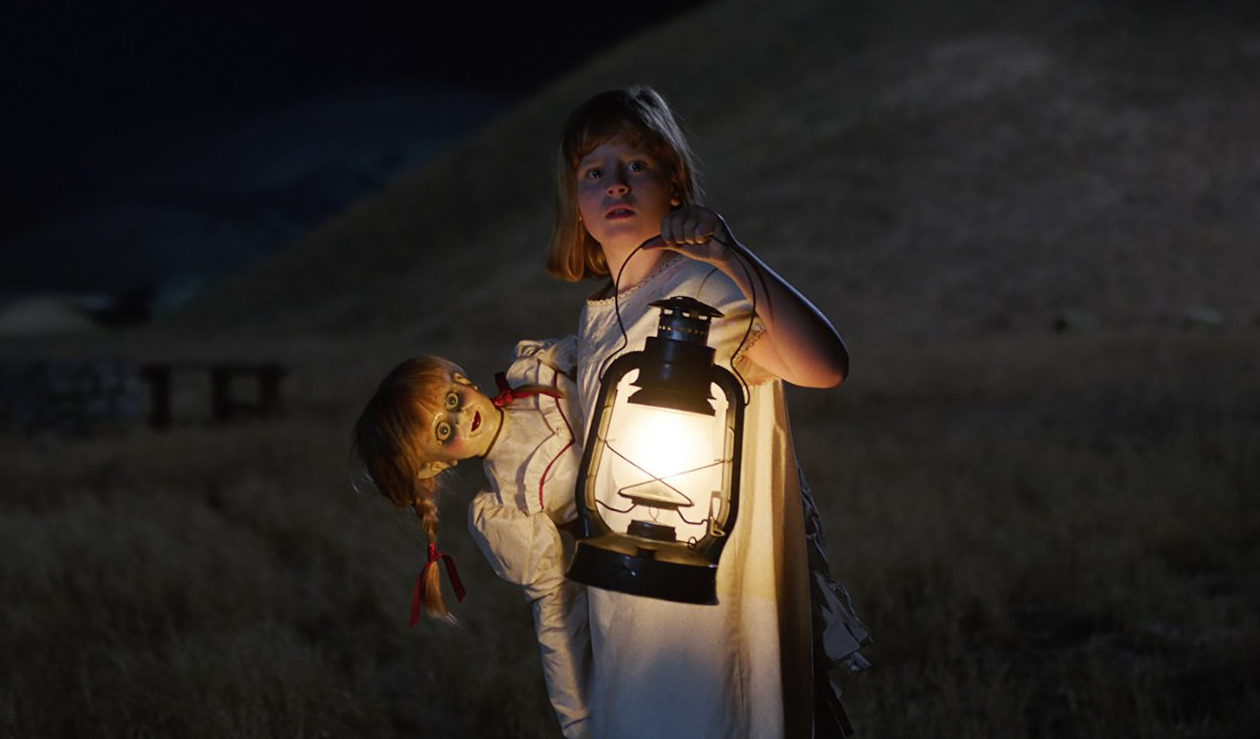 It also helps when you have actors delivering all round good performances and worthy characters you can get behind. Lulu Wilson and Talitha Bateman may still be young, but they already seem like seasoned pros and their relationship as Janice and Linda is well handled. It’s just a shame that the script never completely follows through on this relationship, leaving it mostly without closure.

The plot itself is perfunctory at best; it’s mostly all surface, barely digging beyond that. And unfortunately, despite some creepy moments, it’s not altogether as frightening as it ought to have been. Chances are incredibly slim that you’ll lose any sleep over this. In fact, chances are very slim that you’ll even remember much about this movie a few days after you watch it.

Annabelle: Creation may not have an original bone in its body, but die hard enthusiasts are still likely to be riveted from start to finish. For everyone else, this is simply a well executed, if rather standard, studio horror movie in a franchise that’s showing no sign of ending any time soon.