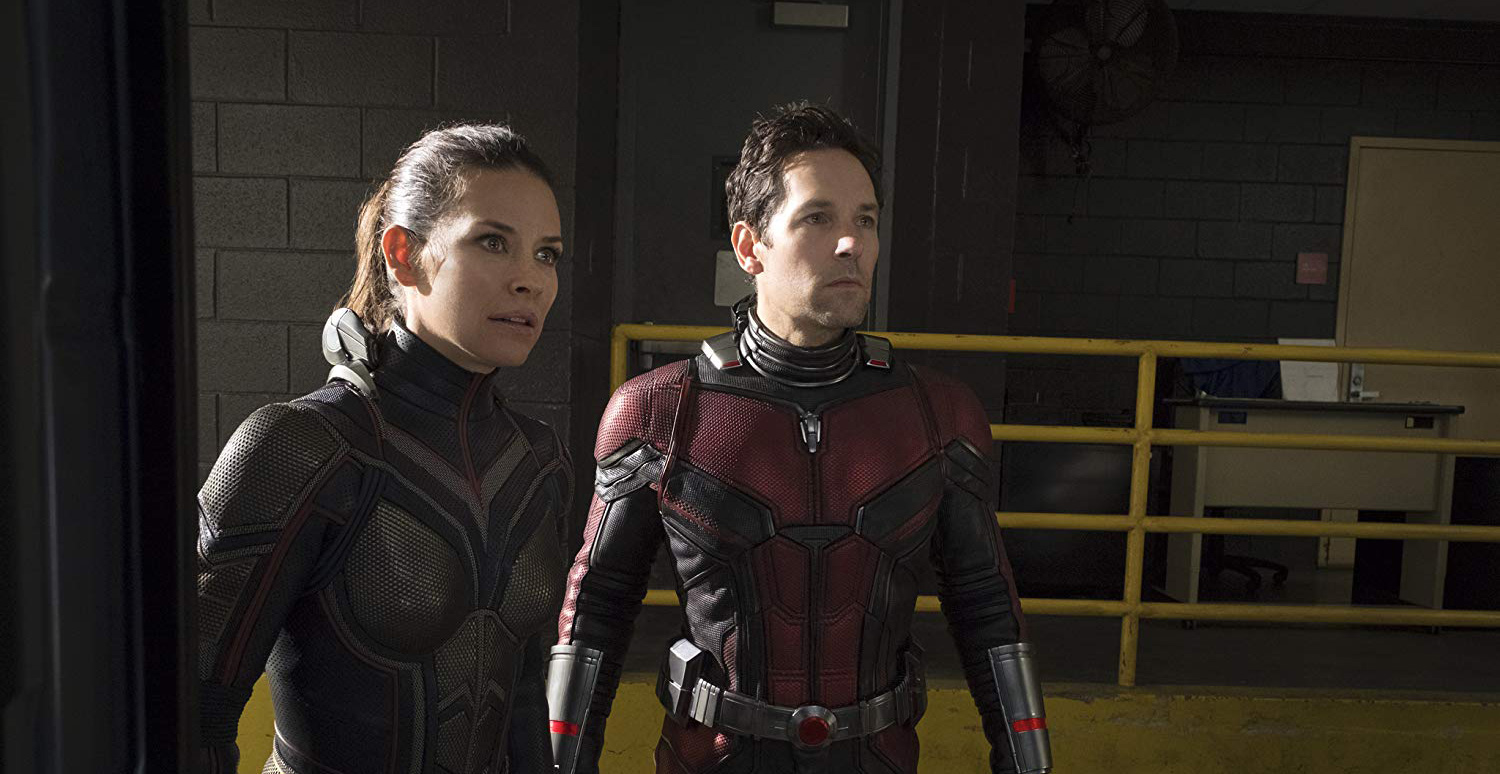 After the shocking ending of Avengers: Infinity War, I was a bit sceptical about the need for an Ant-Man sequel. However, the film quickly proves itself to be the small-scale, comedy-heavy superhero film needed to lighten up the Marvel Cinematic Universe again.

The story follows Hope Van Dyne, aka The Wasp (Evangeline Lily), working with her father, Hank Pym (Michael Douglas), in to attempt to bring her mother, Janet, (Michelle Pfeiffer) back from the realm she’s trapped in. Paul Rudd’s Ant-Man is once again swept up in events, having become estranged from his former friends after being arrested for his actions in Civil War. Meanwhile, there’s a new villain on the block – Ghost (Hannah John-Kamen) – who threatens to interrupt the family reunion in an attempt to use Pym’s technology to cure her of her phasing abilities, which she has limited control of.

Ant-Man and the Wasp takes the craziness of the first film to insane proportions, with the main thrust of the film revolving around parties trying to capture a miniaturised building that contains Pym’s lab. Payton Reed does a great job of utilising the versatility of the abilities to shrink and grow at will, making for some fantastic set pieces. A chase in which a car shrinks to weave in-between other vehicles, growing at opportune times, is incredibly clever and thrilling to watch. Yet Ghost’s phasing abilities are used less effectively, with the character’s fight scenes being lacklustre by comparison.

In his third outing as Scott Lang, Paul Rudd is effortless. Whilst at times Scott feels like a secondary character, he’s still kept as fun as ever and his motivation to help others carries throughout. Through his scenes with his daughter it’s obvious that Scott is now much more adjusted than he was in the first film, but it does little to dampen him.

However, this is ultimately Wasp’s film, with Evangeline Lilly rising at the chance to bring Wasp out of Ant-Man’s shadow. The first film presented the character as more capable than Scott, and here she comes across as a better superhero too (even as the film insists they need to be partners).

The movie isn’t without its issues, the main one being that, at times, the comedy can fall a little flat. One sequence, in which Janet possesses Scott, relies far too much on tired jokes about Scott acting feminine. Then there’s Michael Peña, who returns in an expanded role here, but is a generally annoying presence, as opposed to the comic foil he’s intended to be.

New villain Ghost also doesn’t feel like the threat she’s clearly supposed to be, coming across as a nuisance to the heroes, rather than a genuine danger. The film even seems aware of this, bringing in Walton Goggins to play a criminal character that’s also after the lab to sell it on the black market. Rounding off the villains list is FBI agent Jimmy Woo (Randall Park), who means well but wants to bring the Pyms to justice after the events of Civil War.

Ant-Man and the Wasp is a fun-filled movie that’s a great palate cleanser after the more serious superhero films of the summer. You’ll find no real answers as to what Avengers 4 has in store, with it set in the lead-up to the massive crossover, yet the film stands perfectly well on its own, cementing Ant-Man alongside Guardians of the Galaxy as one of the great comedy-led franchises in the MCU.