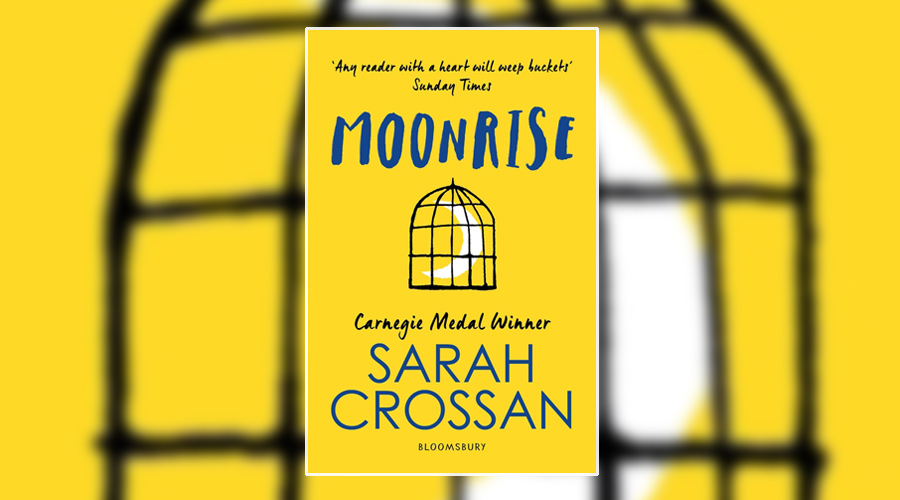 Ant-Man and the Wasp Review

When Joe Moon is seven years old he answers a phone call that will change his and his family’s life forever: his older brother Ed has been arrested for murder, and it happens to be in a state where the crime is considered a capital offence. Ten years later, Ed is still on death row but now his execution date has been set, and so Joe heads down to Texas to see his brother for the first time in a decade and make the most of the time they have left together.

Moonrise, the latest novel from award-winning writer Sarah Crossan, tells Joe’s story, focusing in on the family of the convicted guy on death row to explore the impact of the death penalty and the flaws in the justice system, as well as all the hurt, grief, love, forgiveness, anger and frustration that goes with that. Through Joe, Crossan creates a portrait of family life at a time when the family in question is facing the unimaginable, weaving together reflections from the present day countdown to the execution day with memories of his younger self – back when Ed was at home, his mother hadn’t abandoned him yet and his older brother could do no wrong in Joe’s eyes.

But if I had a choice?

Through Moonrise’s very premise alone, it’s evident that it’s going to be a very emotional, very hard-hitting read, and it proves itself to be so over and over again from the very first page. The novel is written in verse, which is atypical for a YA novel and potentially alienating to some readers, but the short, fragmented ‘chapters’ make for an ingenious means of telling this story, with the verses serving as snapshots into Joe’s mind and memories. Rather than burdening Joe with a strict narratorial voice and pages of text to put words to his complex thoughts and feelings, using free verse instead gives Joe the space to think, talk and feel normally, in fragments, through associations and with memories, and maintain a steady characterisation all the while.

It’s a breezy style that belies the serious topics tackled as much as it does the care and craft that goes into writing the verse in the first place, because Moonrise is definitely not afraid to address those big issues. Between capital punishment, police and governmental corruption, coerced confessions and the appeals process, through to poverty, parental neglect and injustice more generally, you can barely go a few pages at a time without being challenged to reflect on some hard-to-swallow realities.

“I slide out of the booth, the diner,

into the heat of the afternoon

hating with every inch of my bones

the so-called free country I live in,

the home of the brave.”

Still, while heart-wrenching, the novel is not devoid of hope and if you cut away the powerful social commentary, what you’re left with is an equally powerful story of family. Moonrise reflects on life and love just as much as it does death and loss, and combined it makes for one incredibly emotional and thought-provoking story that’s told with depth and compassion.

If the idea of reading a novel written in verse is the one thing holding you back from picking up this book, don’t let it. The writing styles makes Moonrise a quick read, but by no means a less engrossing one, and it’s certainly true that this is a novel that you won’t forget about in a hurry.

Moonrise was published by Bloomsbury YA on 12 July 2018

Ant-Man and the Wasp Review