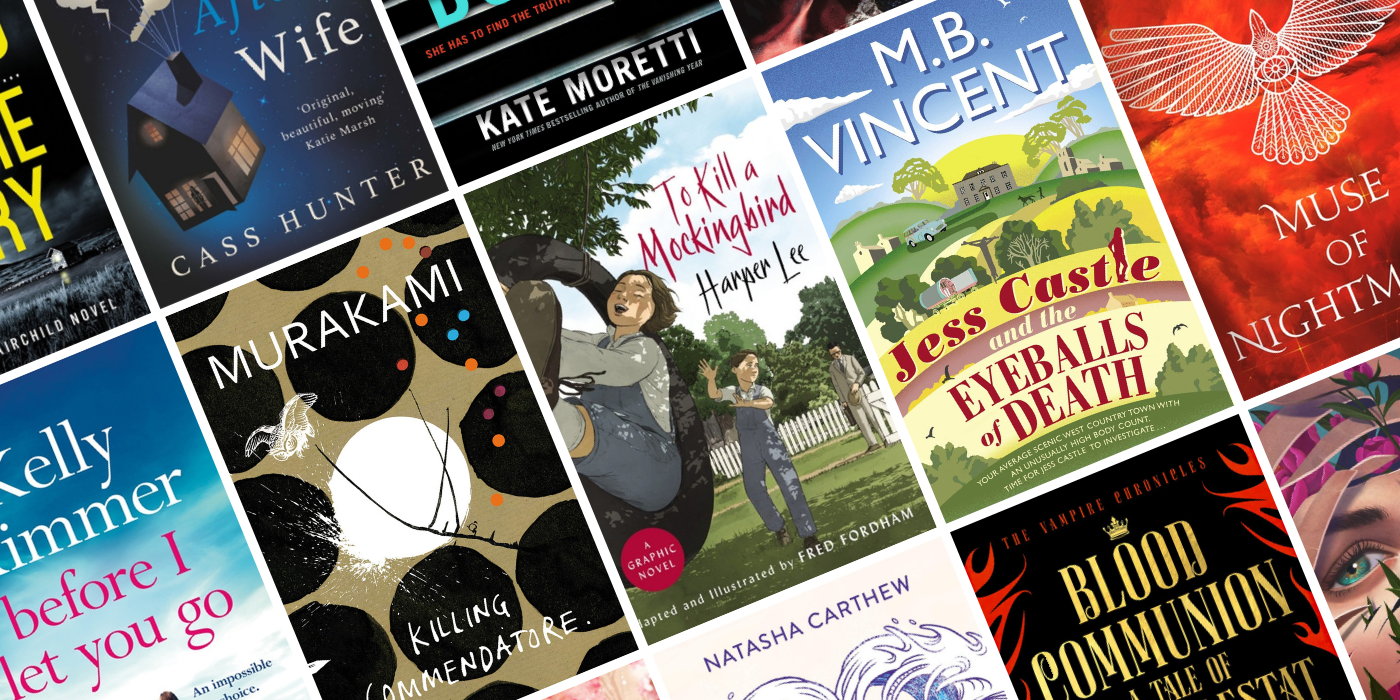 Grab that chunky sweater and light some cinnamon-scented candles because it’s officially Autumn – otherwise known as the perfect season for reading. If you’re looking to top up your TBR pile, we’ve got you covered with an exciting assortment of new and upcoming books. Featuring literature greats, thrilling YA sequels and twisty psychological suspense, there’s a book for every week up until the New Year (with a few more for when a book a week just isn’t enough).

The After Wife by Cass Hunter 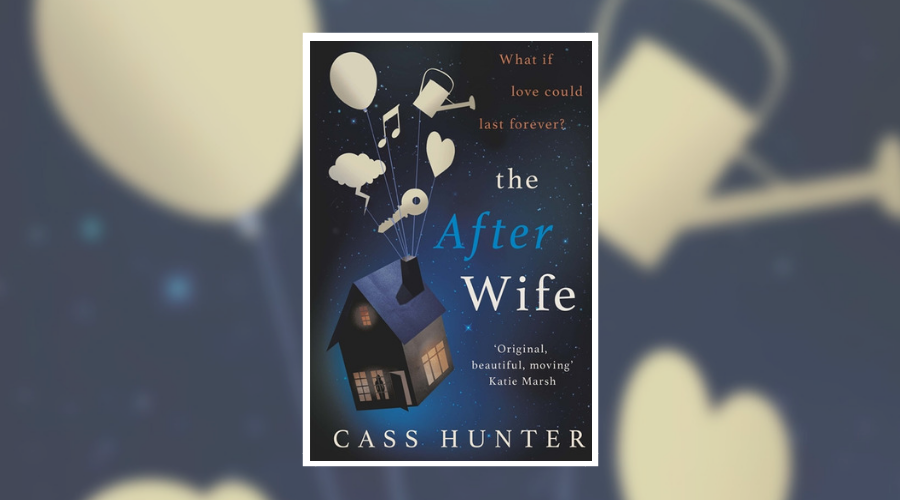 After the sudden loss of his scientist wife Rachel, Aidan must learn to carry on and raise their daughter Chloe alone. But Rachel left behind more than a bereaved family, she left behind her life’s work – a humanoid called iRachel. The After Wife is a poignant, absorbing and thoughtfully written novel about love, grief, family and possibility. (6 September, Trapeze)

The Ash Doll by James Hazel 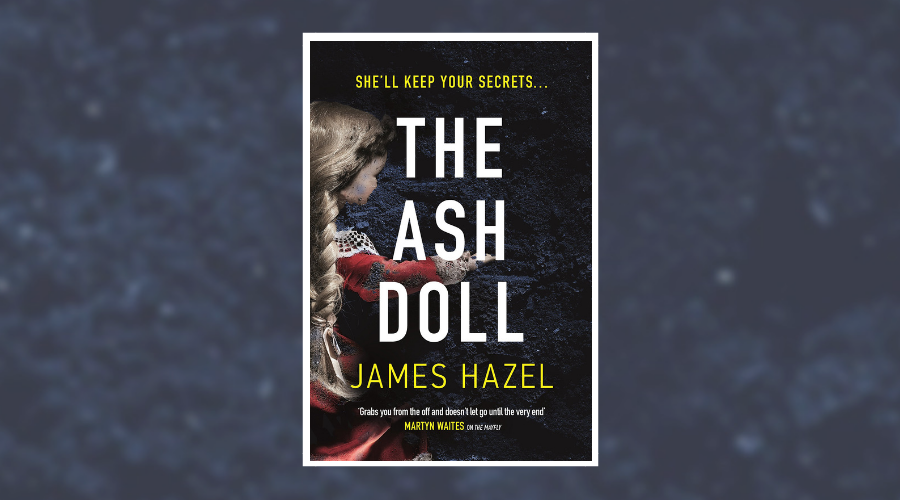 The second Charlie Priest Thriller reunites readers with the titular prolific lawyer, whose star witness turns up brutally murdered on the first morning of the trial. With dead bodies mounting, Priest finds himself at the centre of a web of corruption, all the while trying to battle his own personal demons. A clever, macabre and gripping read from start to end. (20 September, Zaffre)

Muse of Nightmares by Laini Taylor 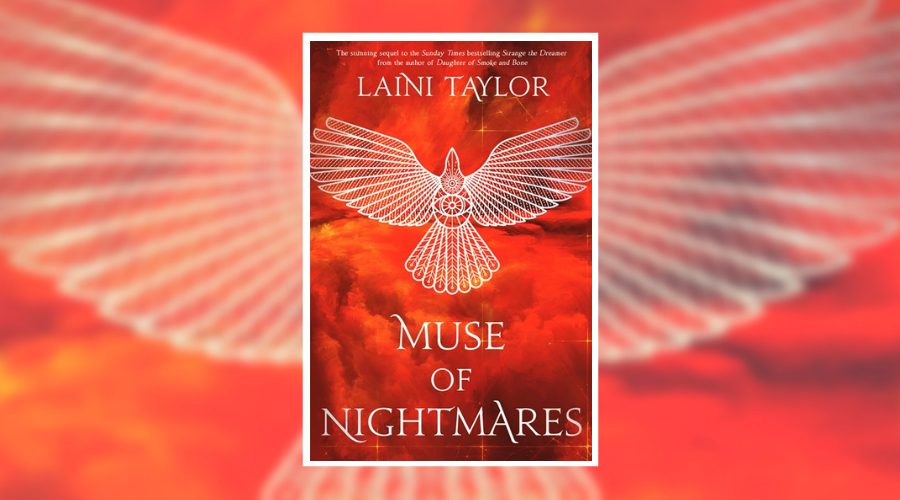 In the sequel to her enchanting bestseller Strange the Dreamer, Laini Taylor transports us back to a world of humans and heroes, gods and ghosts, monsters and muses, as Lazlo and Sarai face more impossible choices. Muse of Nightmares is a fantasy adventure that’s at once thought provoking, exciting and epic in scope. (2 October, Hodder & Stoughton)

In Her Bones by Kate Moretti 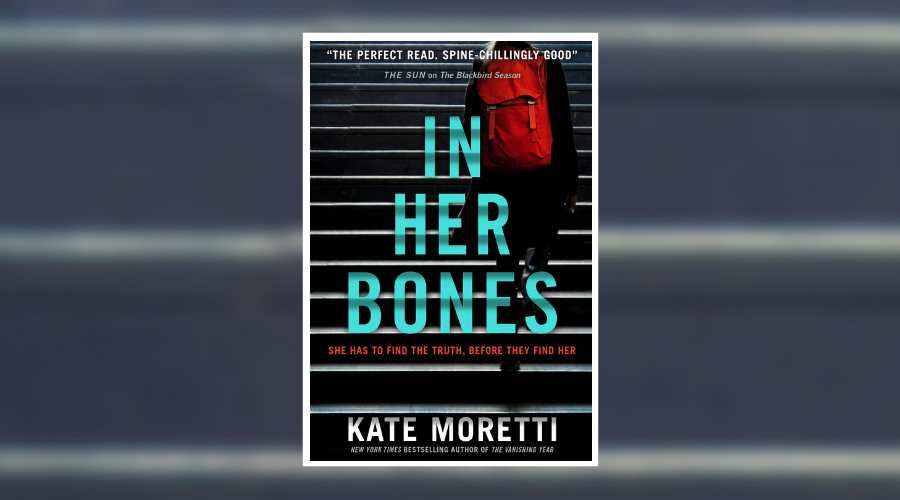 Edie is the daughter of a serial killer. She’s also a recovering alcoholic who’s obsessed with the families of her mother’s victims. When one of them is murdered, Edie becomes the prime suspect in the investigation, beginning her race for the truth before she ends up like her mother on death row. Moretti’s latest book is a slow burning and suspenseful psychological mystery. (2 October, Titan Books)

Rebels of Eden by Joey Graceffa 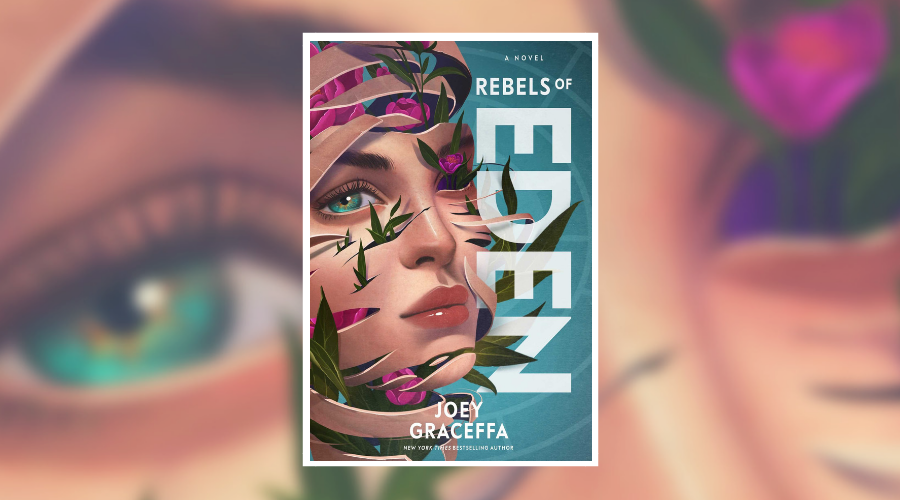 Get ready for the thrilling finale in Joey Graceffa’s bestselling Children of Eden Trilogy, which sees Rowan leave Harmonia – the sustainable commune she always dreamed of – in order to infiltrate Eden and fight for the future of humanity. Rebels of Eden is a rewarding conclusion to Graceffa’s YA sci-fi series, exploring themes that feel particularly pertinent to our times. (Side note: how gorgeous is that cover?) (2 October, Simon & Schuster Children’s)

Blood Communion – A Tale of Prince Lestat by Anne Rice 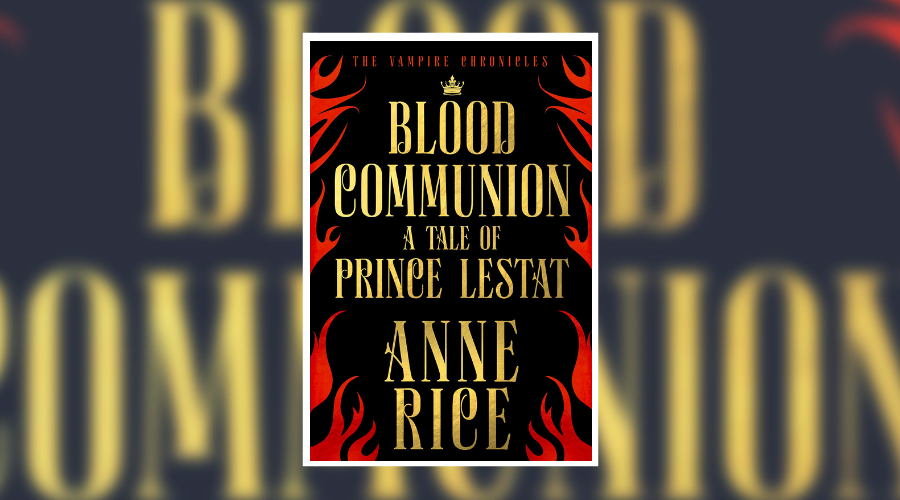 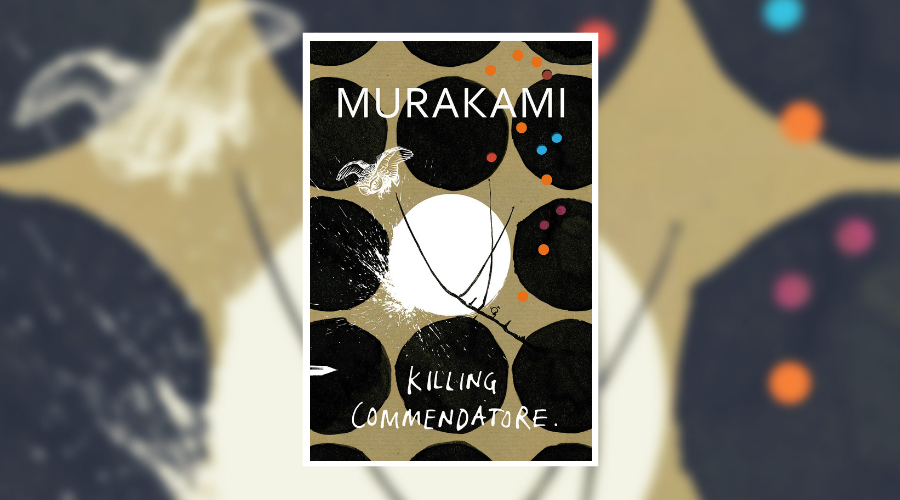 The influential Japanese author’s latest book is a powerful and multi-layered homage to The Great Gatsby. Centred on a thirty-something portrait painter in Tokyo, this is an ambitious tale of loneliness, imagination, art, love and war. Killing Commendatore will remind readers why Murakami is one of the world’s most beloved authors. Not that anyone ever forgot. (9 October, Harvill Secker)

Jess Castle and the Eyeballs of Death by M. B. Vincent 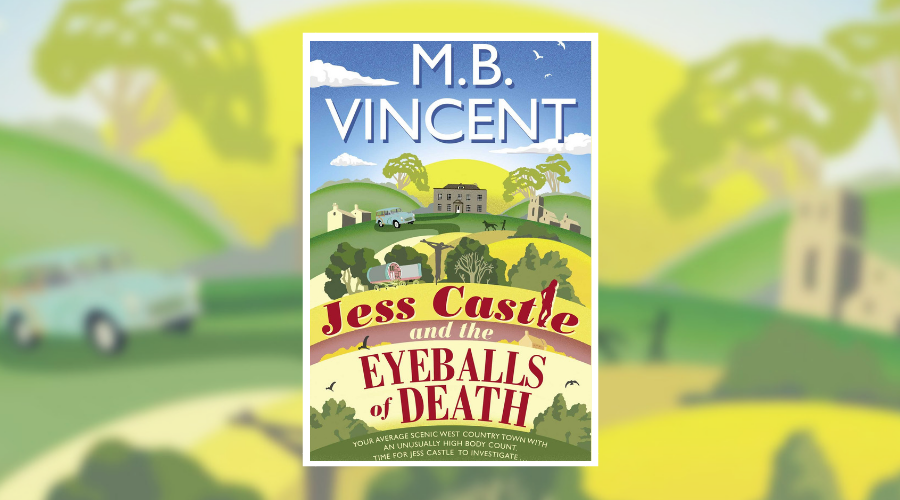 Fans of Midsomer Murders are in for a treat with this fun crime story set in the West Country. It follows Jess Castle as she returns to her picturesque, eccentric and gossipy hometown. Like Midsomer, Castle Kidbury has a rather higher than average murder rate and Jess soon becomes embroiled in the police investigation. Expect cults, crucifixions and plenty of entertaining murder mystery escapades. (18 October, Simon & Schuster)

Before I Let You Go by Kelly Rimmer 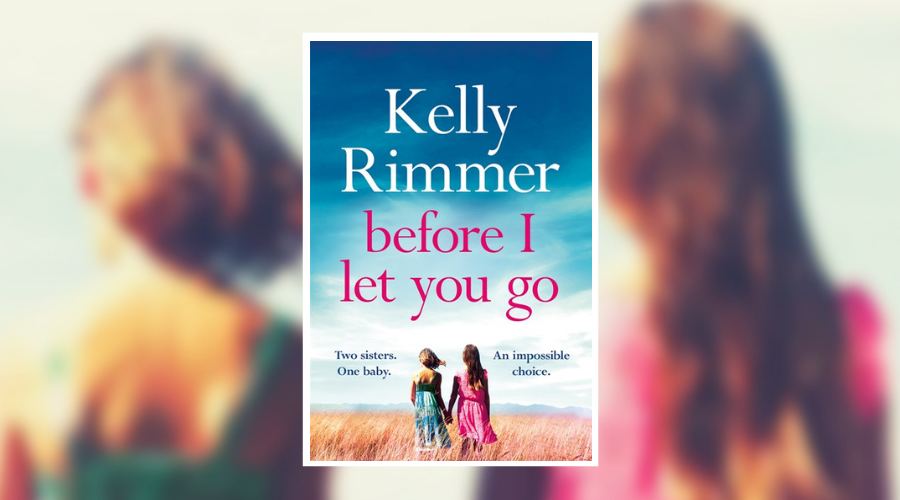 If you like Jodi Picoult and Jojo Moyes you’ll want to pick up a copy of Kelly Rimmer’s Before I Let You Go – a contemporary exploration of motherhood and sisterhood. It will take you on an emotional journey with sisters Lexie and Annie, who face a heart wrenching dilemma when addict Annie’s newborn baby is in danger of being placed in foster care. (18 October, Headline) 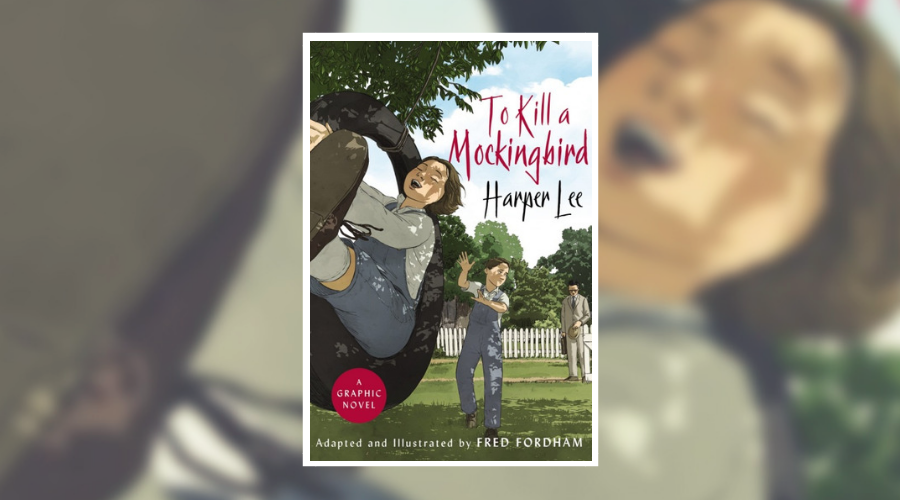 Having previously illustrated Philip Pullman’s debut graphic novel, Fred Fordham turns his incredible artistic talent towards Harper Lee’s seminal classic. The town of Maycomb, Alabama is brought to life in Fordham’s beautiful and poignant artwork, vividly capturing the issues of race, class, injustice and humanity that are paramount to Lee’s book. This is a graphic novel you’ll want to treasure and revisit. (30 October, William Heinemann)

No Time To Cry by James Oswald 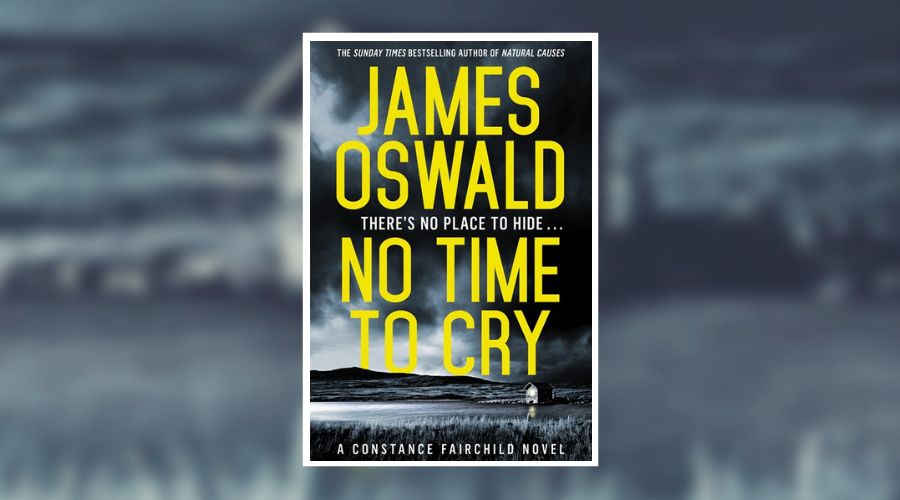 The new series from crime writer James Oswald follows DC Constance Fairchild who finds herself in the frame for an undercover operation gone wrong. Cast out, with her career and name in tatters, Con doesn’t have the time to sit and cry, not when someone is trying to kill her too. Great characters and a fast-paced, complex plot make this a story you’ll race through. (1 November, Wildfire)

Only The Ocean by Natasha Carthew 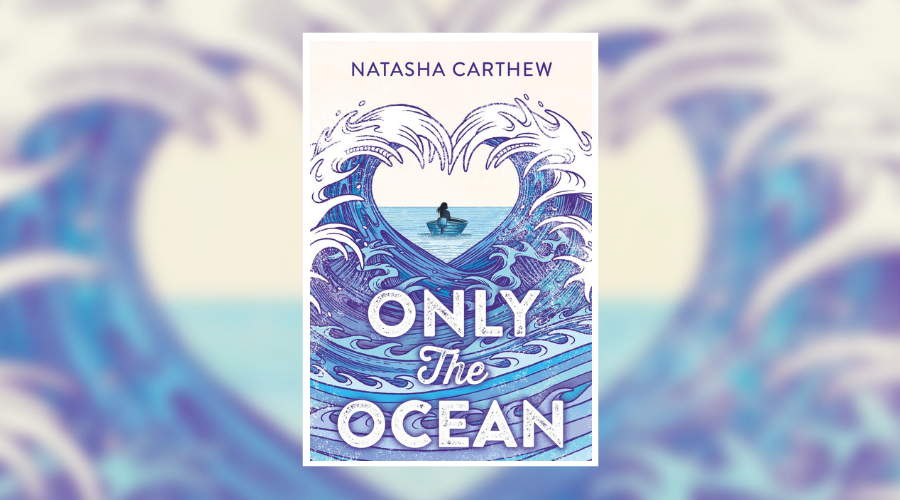 Carthew’s third YA novel tells the story of a fifteen-year-old girl who wants to escape her water-logged world. The plan is simple: stow away on a ship, kidnap a girl, swap the girl to buy passage to America, and seek out a life saving operation. Except plans are never so simple, certainly not for Kel. An intriguing LGBTQ story about survival and fortitude, with a fierce protagonist at its heart. (1 November, Bloomsbury YA)

Out in paperback this Autumn:

The Boy Made of Snow by Chloe Mayer 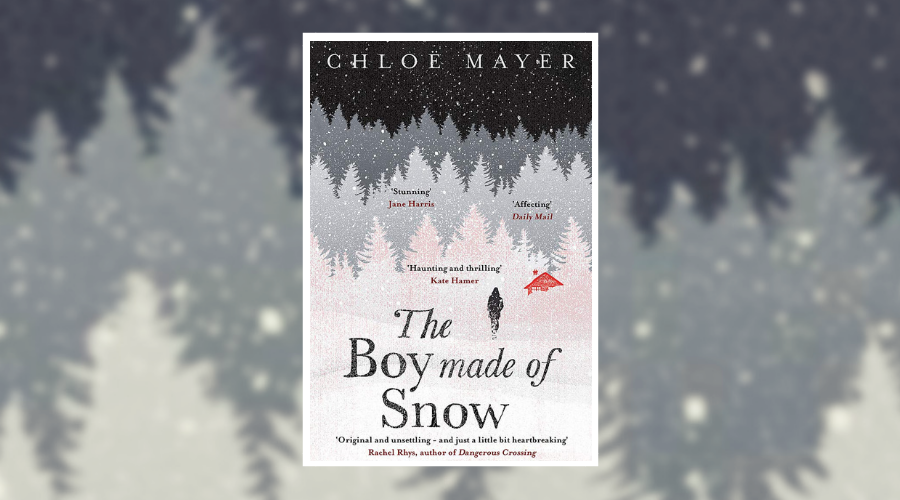 Chloe Mayer’s atmospheric debut is set in a sleepy English village during the Second World War. It centres on a mother and son living in the shadow of war, whose lives are irrevocably changed when they meet a German PoW consigned to a nearby farm. Evocatively written, The Boy Made of Snow is a love story and haunting period drama with a classic fairytale edge. (4 October, W&N)

It Devours! By Joseph Fink and Jeffrey Cranor 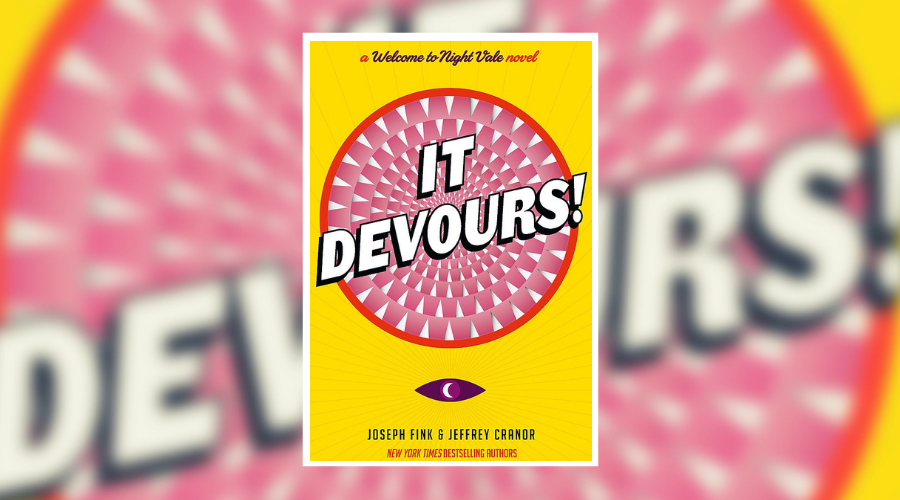 Trying to explain the first Welcome To Night Vale novel to anyone without a prior knowledge of the duo’s weird and wonderful podcast is a near-on impossible task. It’s much the same with this sequel, which explores faith and science with characteristic zaniness. Night Vale isn’t a town you’d want to visit but it is one you want to read about. This book is surreal, it’s original, it’s confusing, it’s clever and it’ll have you thinking about it for days after you turn the final page. (11 October, Orbit)

In The Midst of Winter by Isabel Allende 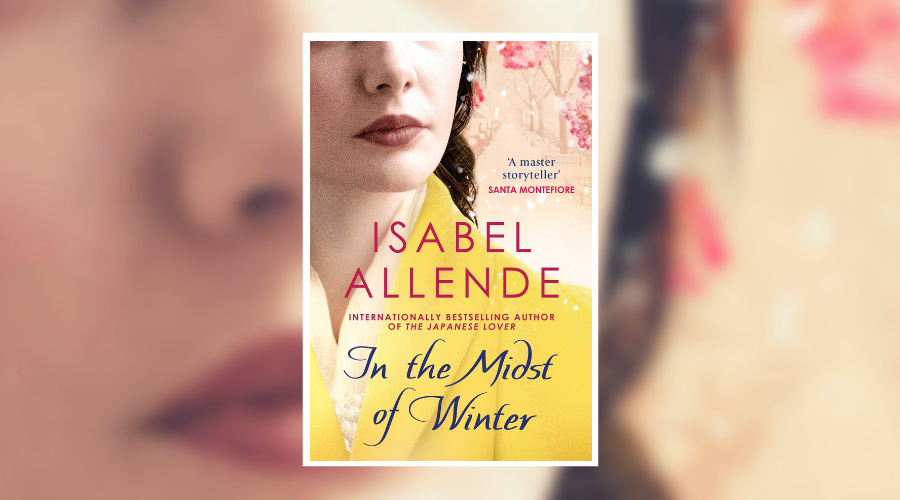 Amidst a brutal Brooklyn snowstorm, three people are thrown together: Richard, a lonely, aging university professor; Evelyn, a young, undocumented migrant from Guatemala; and Lucia, Richard’s tenant and neighbour. Moving between the present day and the past, as well as North, South and Central America, Allende has crafted a multi-faceted tale of love, life, friendship and healing. (18 October, Scribner)