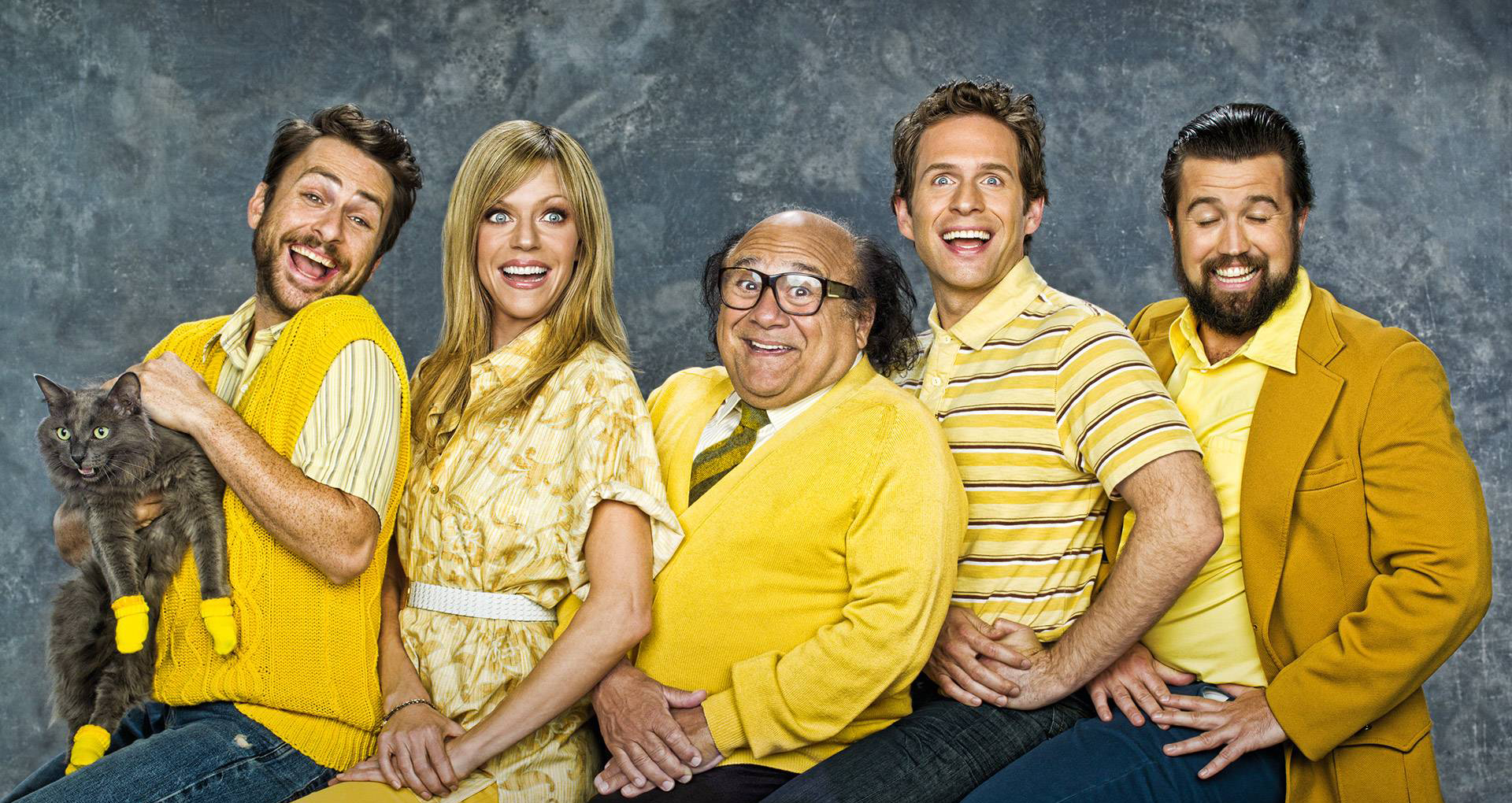 As season 12 premieres on Netflix UK this month, news also reaches us that the hit US sitcom It’s Always Sunny In Philadelphia has been picked up for a thirteenth and fourteenth season. This will make it the longest running live action sitcom in US history, which is quite an achievement for a show from the humblest of beginnings. The original pilot episode ‘Charlie has Cancer’ (which is episode four in season one as we know it) had an estimated production cost of $85-200 almost all of which was spent on tapes for Rob McElhenney’s camcorder on which the episode was filmed.

So how has It’s Always Sunny gone from four guys larking about with a camcorder to a worldwide television sensation watched by millions across the globe, despite the fact the show is almost unmatched when it comes to depravity?

Well, FX helped. They first noticed the show’s potential and put it on the air in 2005, but I doubt even they could have expected that they would still be announcing new episodes 12 years later in 2017 but, alas, they are. I doubt they expected bona fide Hollywood legend Danny DeVito to become a permanent cast member from as early as the first season either. In 2013, the show was moved to the spin-off network FXX as the flagship show. 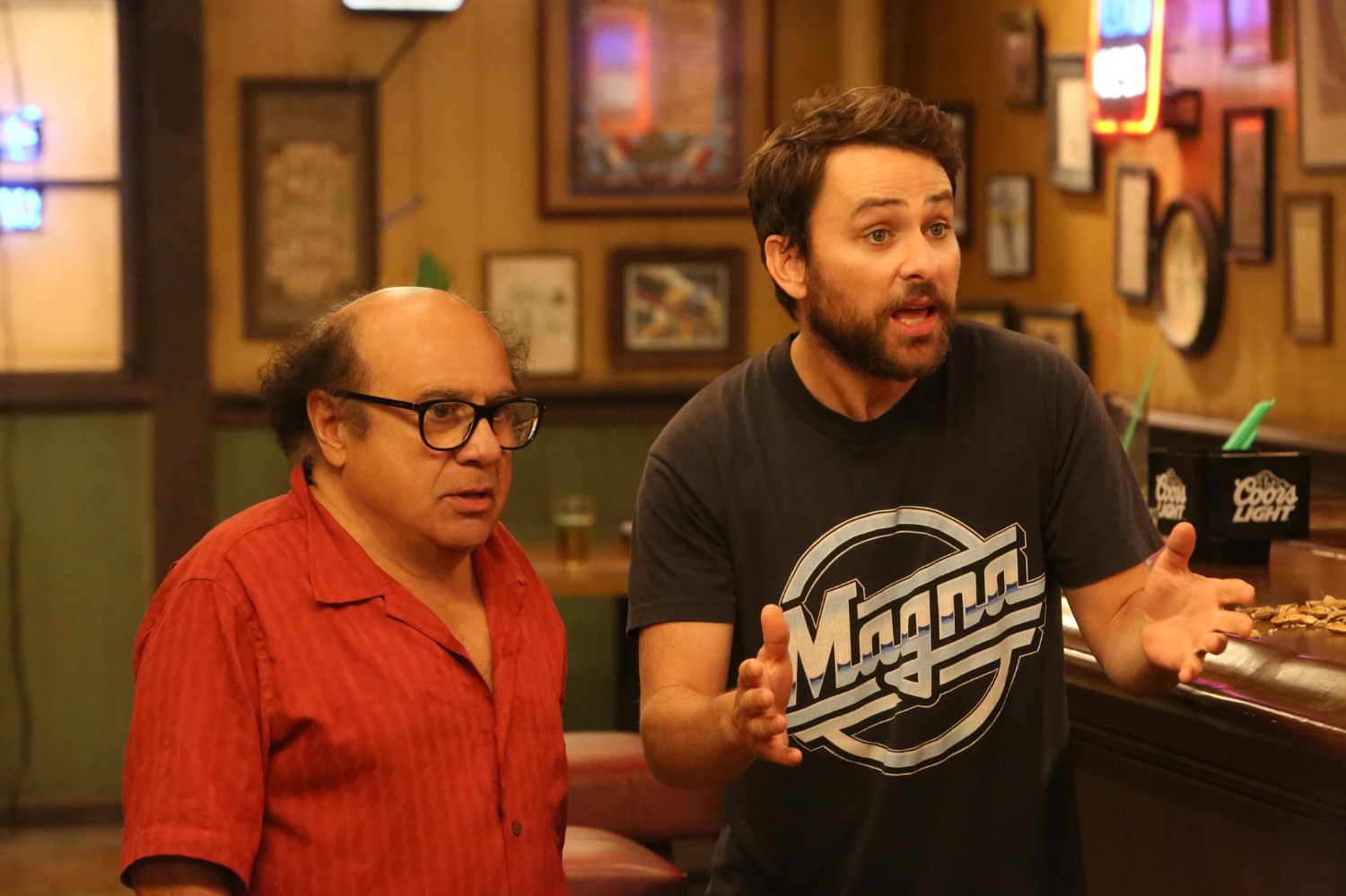 It’s no secret that most pilots never make it to television, but the road isn’t any easier for those that do. Perpetual pressure of ratings and approval means that some sitcoms exist without knowing if the current season will be their last. The most recent example of this is Fox’s New Girl which was only confirmed for an abbreviated seventh season last week, well over a month after the finale of the sixth season was aired on April 4th. This meant having to offer a sense of finality to the last episode but also leaving space for the characters to grow should they be renewed.

This is important when considering the endurance and longevity of It’s Always Sunny. Many sitcoms, New Girl included, tend to focus more and more on the plot and relationships between the characters on the show. As soon as this is adopted, they will inevitably write themselves into a corner both in terms of where the plot can go, and how the characters can develop, but also the expectations of the fans and viewers. Whilst some are loyal, some are fickle and won’t wait forever for that on-screen romance to blossom. Friends ran into similar problems post-London.

This is where It’s Always Sunny is different from most; it can end at any point. Literally, any point. Because, to a degree, every episode stands on its own. Each episode tells a story of the gang’s latest depraved scheme which it then resolves somehow. When I say somehow, I really mean anyhow, whether it be by locking their friends in a burning apartment or putting a wet, naked Danny DeVito in a sofa and sewing it up. 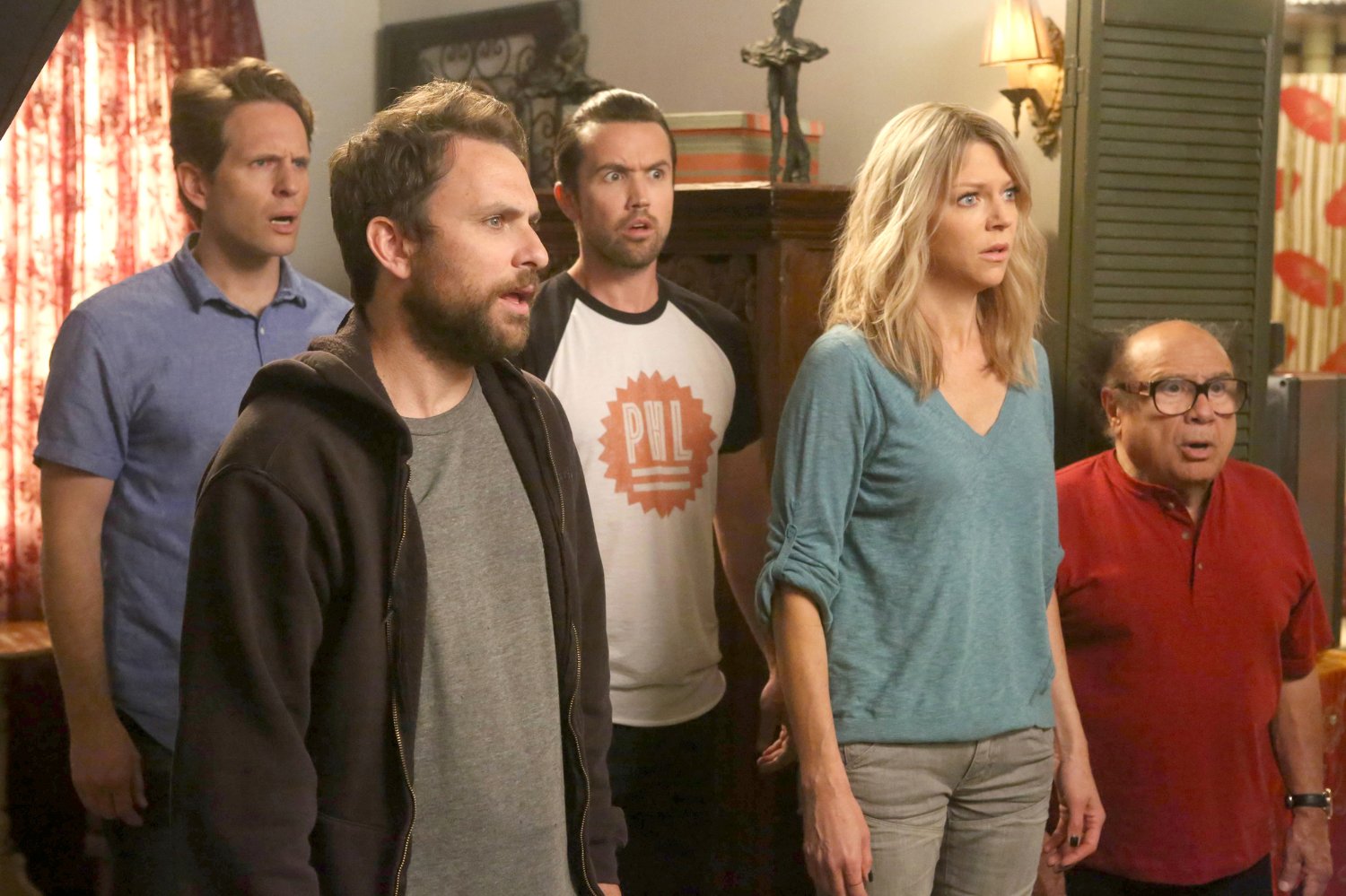 Indeed, when watching It’s Always Sunny, much of the fun comes from knowing that anything can happen in the next twenty-two minutes and just sitting back and enjoying the ride, rather than wondering how on earth they will resolve the show. Will the gang sell Paddy’s Pub? Will Dee and Charlie hook-up? These are questions that simply don’t need to be asked. In fact, it would almost be an injustice to the show to consider events with such seriousness. The closest the show gets to a romance of the ages is Charlie’s longing/stalking of the waitress before he finally gets to be with her in season 12 and finds her ridiculously annoying and longs to get away from her.

But that’s precisely why It’s Always Sunny is so great, it has never ever become serious in any way. There are seldom even undertones of seriousness. Perhaps that is why it manages to push the boundaries and get away with so much whilst still being inoffensive? And why should a comedy become serious anyway?

We may have to wait as long as 2019 for the thirteenth season, given the demand of the once-unknown cast, but one thing is for sure, if it continues on its current record-breaking run of form, don’t be surprised if we get another dirty dozen.

15 TV Episodes To Get You In The Halloween Spirit