Westworld: Did season 2 live up to the brilliance of season 1?

The classic Ronseal advertising slogan – ‘does what it says on the tin’ – comes to mind, weirdly, when one considers Westworld. Not too much in the literal sense of the phrase. Westworld is indeed about, well, Westworld, the eponymous theme park-cum-nightmare palace-cum-slave facility, but the same could be said of the original 1973 classic with Yul Brynner that the show is, as most know, based on. I mean to say, then, that Westworld is, persistently, exactly what you expect. Though exactly what one expects of Westworld is to have no idea what entirely to expect.

All of which could be read as a complicated way of saying that Westworld is complicated. Very. In the extended ‘off-season’ between season 1 and season 2, this twisty nature became almost mythical. It certainly became meme-worthy. This culminated in the high-art trolling by Jonah Nolan and Lisa Joy, the creators and showrunners of Westworld – a post on the show’s subreddit asking whether fans would support a reveal video of the entire season 2 plot as a way to anticipate ‘pre-spoilers’ via overly accurate theorising. A ‘spoiler’ video duly followed: about a minute of Jeffrey Wright’s voiceover of the opening scene to convince people that this really was what had been promised. Just enough to make you buy it… and then we cut to Angela Sarafyan playing a very familiar melody on piano, accompanied by Evan Rachel Wood singing, yes, ‘Never Gonna Give You Up’. If there’s been a more elaborate Rick-Roll before, I’d love to know.

Complicated, tangled, non-linear storytelling can have a unique, at times unmatched, kind of impact. I think that was one of the great reminders of Westworld season 1. I say reminder, because in spite of the show’s success, it’s not inventing the wheel when it comes to linearity or lack thereof. Jonah Nolan might individually have a kind of claim to that via Memento, but Westworld is just taking a concept and running with it. The way that the William/Logan timeline was weaved into the ‘present’ throughout the first season was a fitting example of how powerful radically non-linear narratives can be. It wasn’t just hidden from certainty – I can’t say that it was hidden entirely, given most of Reddit, myself, and many others started to pick up on the heavy clues prior to the actual reveal of the Man in Black’s identity – but it was also worked in thematically, so that it seemed to fit story beats that were in fact taking place 30 years later.

I do wonder, though, about the structure of season 1 versus that of season 2. For all that the first season did to act as a showcase for innovate narrative structure, it may have also showed that relatively linear, relatively ‘straightforward’ – whatever that term actually means when it comes to culture of any kind, as though there’s culture that can be flat-packed like Ikea furniture – isn’t a terrible thing either. 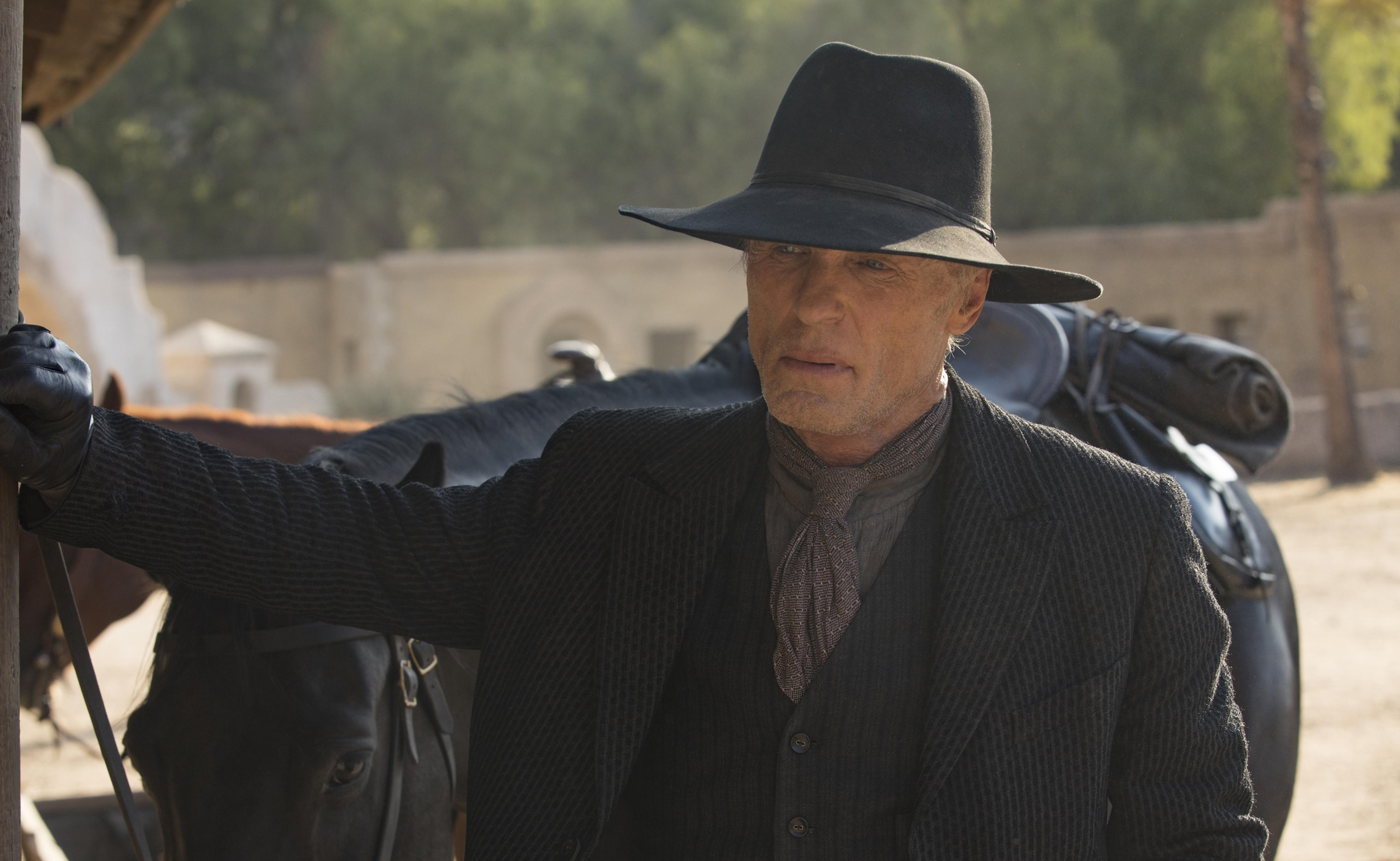 This is, of course, a season review, and so I write here in full knowledge of the season as a whole. Except unlike a film, a season of television is never just one whole, but rather a collection of constituent parts, stopping and starting and stuttering to fit into a structure that enforces false bottoms. And then that collection is stood next to another collection, another season, stacked up with space in between.

The shape and form, the beauty in the sheer intensity of style through season 2 has been fascinating to watch unfold. But as I alluded to above – and as many have done in countless articles across the season; I’m not treading new ground here – it’s reasonable to question whether season 2 teetered on, or even tipped over, the fine line between linearity and non-linearity, between, essentially, a jigsaw and a picture. The time you spend looking at a picture is spent examining the details and the flaws, in a very clichéd sense, is spent examining the ‘deeper meaning’. The time you spend with a jigsaw is just spent putting it together, and then you’re done. It’s complete, and indeed, once it’s complete, if you can ignore the lines between the pieces, it’s an identical image to the picture. But it’s an objective pursuit to complete a jigsaw, and so you spend far less time dwelling on the quality of the image unto itself.

Analogies aside, Lisa Joy and several cast members have spoken of Westworld as a kind of detective show, in that there is a central mystery – or even, let’s be honest, many central mysteries, far more than just one – which the audience is invited to solve before the show solves it for you. Part of the fun of a detective show is that thrill of working out the clues, and playing detective yourself. Westworld certainly indulges in and encourages that strategic spirit, which is in some ways great, and in others slightly restrictive. If effort goes into how best to shroud each and every development in layers of misdirection, to ensure that the ‘reality’ isn’t revealed until the ‘right time’, then it often shows.

The clearest evidence, though, in favour of a slightly simpler style, is actually presented by the show itself. By the standards of most other shows (barring Legion, Lost and a handful of others), the incredible eighth episode of the season, ‘Kiksuya’, wasn’t straightforward at all: a previously supporting character in the vague present – Akecheta – communicates with a lead character – Maeve – via the conduit of that lead character’s sort-of daughter- ? – in order to outline his story until that point via a series of flashbacks, with dialogue and narration predominantly in Lakota, and intertwined with Maeve’s own narrative developments. Like I said, in most shows, not straightforward at all. But for Westworld, this was a reversion to S1 levels of complexity – a past and present wrapped round each other. The difference here was that we know it’s a past and present timeline, in contrast to the hidden reality of the Logan/William timeline of S1.

Regardless, ‘Kiksuya’ worked so well because it was allowed to exploit its comparatively singular focus. Maeve, and Thandie Newton, played their part, but this was an episode that was carried on the back of the work of Zahn McClarnon as Akecheta. Westworld has certainly got an environment that works well with its chosen structure – that choice often being controlled chaos – but it’s also a dramatic environment that is replete with enough threads dangling around that tugging on one or two at a time and just focusingon them alone can be brilliant too. ‘Kiksuya’ was such an effective, emotive narrative that simply allowing it space to breathe resulted in fantastic television, uninterrupted by most of the rest of the show. 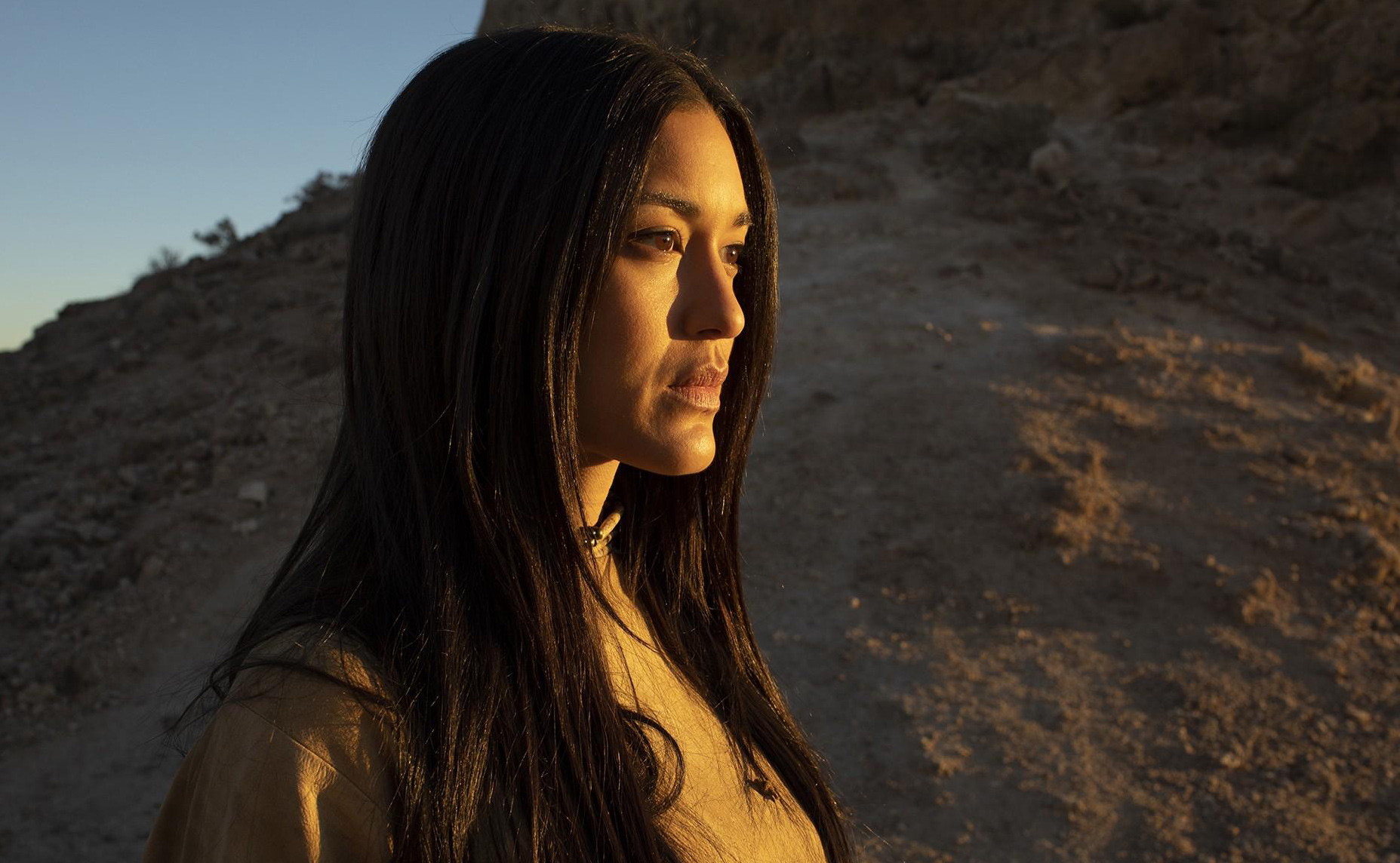 A few lines before looking forward to the future of the show need to go to consideration of the cast, crew and so on. There’s no doubt that the cast all continue to deliver some of the best performances of their generally acclaimed careers on the show. Evan Rachel Wood has called it the ‘Acting Olympics’ due to the hoops those playing Hosts have to jump through – wild leaps in accentuation, emotion and delivery from moment to moment as necessary – and that’s certainly true in a technical sense of ‘acting’. In the looser, freer sense of what acting is, there are strong performances across the cast. Spare a thought, aside from the obvious names, for Simon Quarterman, who managed to add genuine pathos to the stumbling arrogance of Lee Sizemore as the character sacrificed himself to buy Maeve and company time. Though as with many dramatic movie and TV sacrifices, it wasn’t entirely clear that it was necessary.

Despite the acting, the dialogue did veer at times towards Avengers and late-stage Game of Thrones territory, where every line sounds like it was designed as a potential trailer hook. Everything is dripping with so much dramatic heft and portent that it can become slightly hard for the scene to land. In some ways, it’s a scale thing, a somewhat unavoidable side effect of the kind of themes the show revolves around. Robotic humanoid revolution, interspecies conflict and oppression, simulated, nested realities, artificial intelligence, free will and predetermination, religion, various schools of philosophy, consumerism, modern privacy breaches… none of this is really the kind of stuff that can be pared down into the fresh, familiar dialogue that one finds in say, the work of Phoebe Waller-Bridge. Still, the idea of the fine line, this time between unavoidable consequence and the loss of sincerity and purpose that can haunt Avengers films, is again up for consideration.

So, the future of the show. We seem to be gearing towards Dolores and Charlotte Hale versus Bernard, a battle for the future of ‘a new people’ spilling over into the world of their oppressors, a battle between an unscrupulous revolutionary who is prepared to spill human blood, and a hesitant foe scared of becoming all that they fear. Did someone say X-Men? I mean, I did; that, as well as Unbreakable. The idea of Dolores voluntarily bringing back someone who will be neither her friend nor ally precisely to hold back her ambitions and keep her in check certainly has strong links to the latter, and the idea of a need for duality between hero and villain. Maeve will be back, if the hints at her and the techs were as expected. William and not-really-Emily will be back… sometime in the distant future. Stubbs is either a host, as was seemingly revealed, or is just far more clued-in than he ever gave away, so it seems there is more story for him to tell.

Beyond that? Anyone and everyone on the show could be brought back; thankfully, though, the show seemed to turn away from that Pandora’s Box of a narrative conceit in the closing scenes. Resurrection is an interesting tool to play with, especially in conjunction with the aforementioned key themes of the show, but there seemed a danger midway through the season that we were headed for a situation where that tool could get out of hand, where the Hosts were like some new breed of Terminator, with Arnie-like faces plastered onto an endless conveyor-belt of metallic underbodies.

Part of me, obviously, is excited for what the show has in store, whenever it is that it finds its way back to screens. But then, another part of me thinks that the scenes at the end of ‘The Passenger’ on the beach were the best ending the show could ever have. It’s never going to be a show that can tie up every thread. In fact, I’m not really sure it’s a show that would want to do that. But those beach scenes felt like a perfect point of coalescence; Hale/Dolores/other unknown pearl-based intelligence escaping to infiltrate the mainland, alone. Maeve succeeds in saving her daughter, at the cost of her life… with the hint that she could be brought back. William, alive, but very much scarred, mentally and physically. Bernard, having been used up by Ford, having set further events in motion. It’s the kind of ending that manages to achieve the impossible balance of finality and possibility. Alas, there will be more to come, which is no bad thing. Let’s just hope that whatever ending the show eventually provides manages to accomplish that same impossible balance all over again.