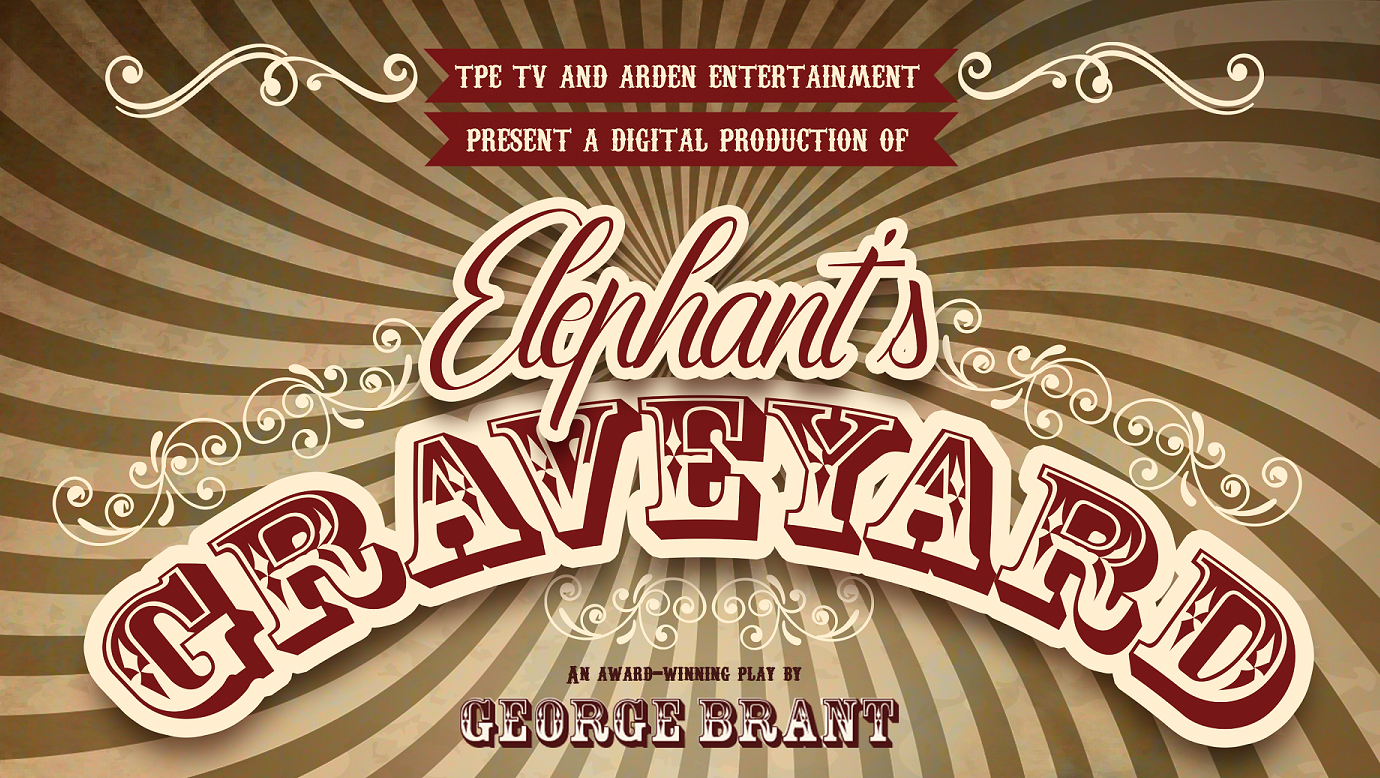 Climbing into the gap between theatre and television comes a streamed performance of Elephant’s Graveyard, telling the tragic story of a circus, a town, a railroad and an elephant. There are plenty of big themes to chew over in this true tale from 1916 Tennessee. We find ourselves delving into a crisis of progress in the tiny town of Irwin, where industrialisation is changing America.

A lively young cast play the mix of circus performers and townsfolk. They all act individually, delivering each of their parts to camera with black and white stills as a backdrop. Movement is minimal but the pictures they paint are vivid. The video cuts smoothly between them, moving through changing perspectives and feelings, occasionally making use of split screen to showcase a hazy sense of community.

Mary the elephant is the unseen star, a massive and mighty presence bringing spectacle and danger. When a mysterious man with red hair joins the circus out of the blue the tension goes up a notch. The people combine to describe an extraordinary parade through the streets, where man collides with animal who then comes up against machine. The horror is revealed bit by bit as everyone, from Ringmaster (Sam Page) to Marshal (Shaun Blaney), contributes to a bigger picture.

All the performances are compelling in a well-measured collective storytelling experience. Nickcolia King N’da is a hungry townie and he does an excellent job of evoking the precise moment of calamity. As a melancholic clown Esmee Cook shows the darker side of being bottom of the ladder, while the positives and negatives of being an animal trainer are presented by Philippa Hogg. The thoughtful preacher is played by Harriet Leitch, offering an unexpected angle on events.

Looking back a hundred years on what happened when the circus came to town feels like a good fit for these unusual times. A clever script by George Brant keeps the narrative moving while hinting at the turmoil of democracy, race relations and capitalism in the American dream. Director Colin Blumenau works all the elements together, spinning this bygone tale with modern technology. There’s excitement and horror in the chance to offer the people something new and then giving them what they want.