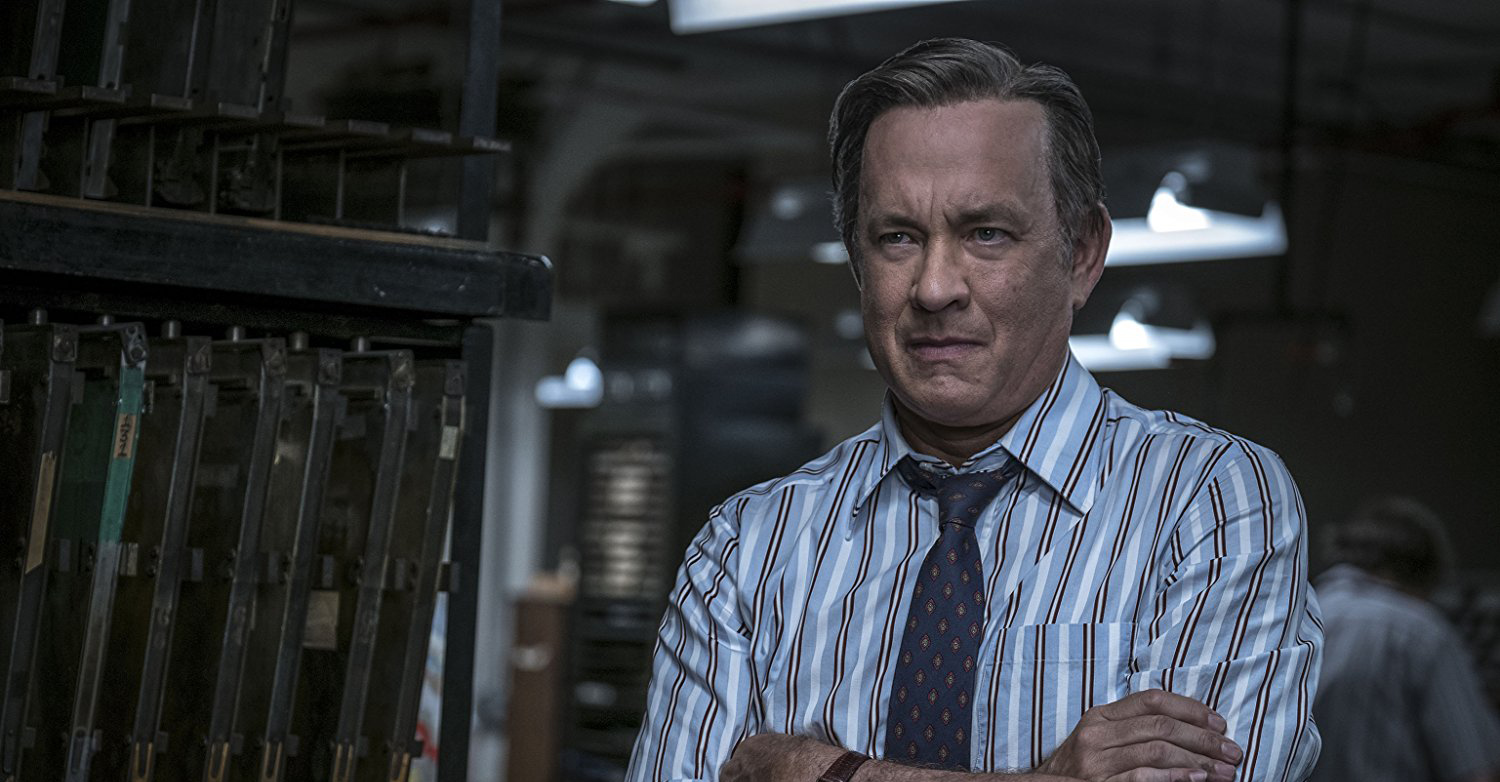 Steven Spielberg is obsessed with the US constitution. Bridge of Spies was about upholding its values and Lincoln was about amending them. He has been obsessed with the intricacies of how the constitution is upheld, so it is no surprise Hollywood’s legendary director completes his constitutional trilogy with The Post, turning his gaze on the journalism sub-genre and, in turn, the first amendment.

The events leading up to The Washington Post publishing the Pentagon Papers, government documents that revealed the fallacy behind the Vietnam War, and the Nixon administration’s consequent press suppression, let Spielberg indulge in journalism movie clichés — reporters almost get run over crossing the street, money men try curbing editorial, and people bicker about giving up sources. Along with his writers Liz Hannah and Josh Singer, he comically establishes the newsroom hierarchy, and isn’t afraid of presenting a less cinematic representation of the job.

Bob Odenkirk as Ben Bagdikian, the reporter who chased the papers down, is often found behind his desk ringing people to no avail or dropping the quarters he needs to talk to a source. Odenkirk’s comedic background lends these scenes a dash of relatable tragedy as the story is slipping from the paper’s grasp. As always Spielberg’s pedigree attracts a stellar class. The husband and wife duo of Tracy Letts and Carrie Coon deliver memorable supporting turns, but as the poster suggests, audiences want to see Tom Hanks and Meryl Streep. 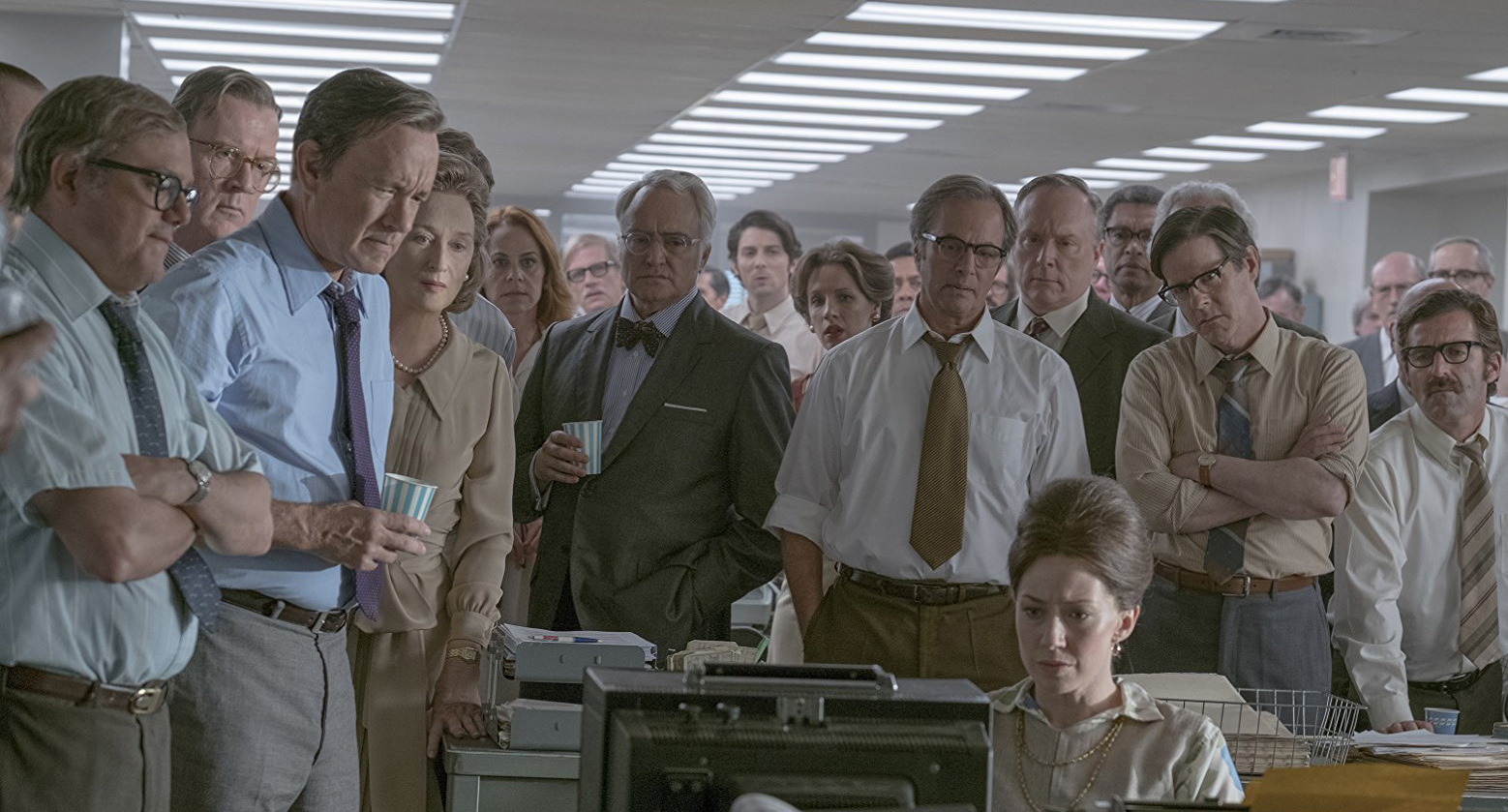 In newspaper movies, journalists are either the immoral scroungers seen in Ace in the Hole or the heroic defenders seen in Spotlight (also written by Singer). Ben Bradlee, the editor of The Washington Post, is regarded as one of the greatest journalists ever, and Hanks’ portrayal doesn’t break this mould. The actor is as reliable as ever as the steadfast and cantankerous editor. He staunchly defends the first amendment and is portrayed as being ahead of the curve, waiting for everyone else to catch up.

But, the editor is not one hundred percent in control. The publisher can veto any story and as Katherine Graham, Streep devours her arc, turning the publisher from skittish socialite to fierce feminist troublemaker. In Spielbergian tradition, Graham has leadership thrust upon her after her husband’s death. Inferior men who don’t believe she belongs with them talk over her during board meetings and she clashes with Bradlee, who believes she is too dedicated to the rich friends to hold them to account. It is a crowd-pleasing moment of triumphalism when she stands up to the condescending men because of Streep’s performance.

The script tells its story well, starting wide and narrowing in scope as the stakes increase. Spielberg perfunctorily handles the required set up, and isn’t interested in the scenes set in Vietnam. But, he is a master filmmaker, and he and his longtime director of photography, Janusz Kaminski, create potent visual metaphors once in the newsroom. The camera dives between desks, the sweeping steady tracking shots evolve into panicky handheld, replicating the stressful thrill of a looming deadline. As Graham walks from one room filled with women into one filled with their husbands, the message is clear.

It isn’t hard to miss the story’s relevancy when the current administration dismiss real reportage and turn fact into opinion with the dismissive ‘fake news’ label. Spielberg gives his opinion by honouring the newspaper movie’s roots in the thriller genre. Richard Nixon is treated in the same way the early Bond movies treat Blofeld – his face is never seen and he is the spectre haunting the paper’s print. In the end, The Washington Post has earned the right to take on a president, and with his tongue in his cheek, Spielberg assembles his team of press avengers to take on the nefarious Trickie Dickie in the upcoming Watergate scandal.