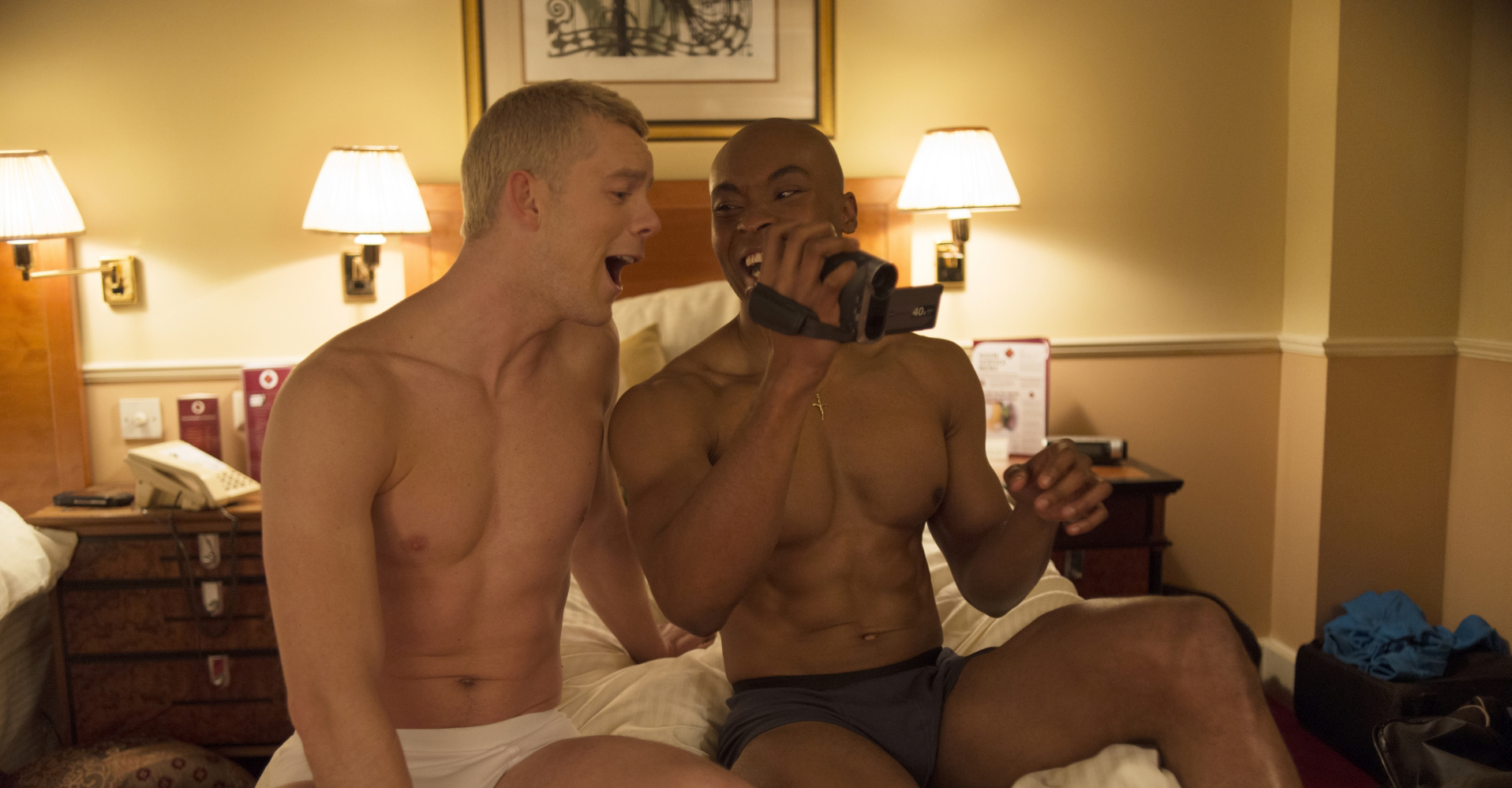 Ben A. Williams’ screen adaptation of John Donnelly’s theatre show opens in a Romanian hotel with Jason (Russell Tovey) and Ade (Arinzé Kene). They are two young, fame hungry footballers the night before their first champions league game, both aspiring for the same position at a new club. Their banter is the typical kind of talk you expect two football players to partake in when they’re not on the pitch. Ade is desperate for some female action and Jason watches a fellow team members’ sex tape. It’s everything you expect the life of a young footballer to be until the stereotypical misogyny slowly slips away, proving to be a frail mask of masculinity, unveiling the truth. It all culminates into an intelligent, interesting and touching examination of the beautiful game’s ugly sexual identity issue.

Russell Tovey has long been a robust, reliable actor carving an impressive filmography in the likes of The History Boys and Being Human, thanks to his authentic working class charm. But here, it’s finally Tovey’s show and he makes the most of it with a subtly brilliant performance that dominates the screen. The British actor perfectly depicts a man struggling with the game’s expectations and its artificial (and frankly medieval) depiction of masculinity, and as the film plays out, the central dilemma sends Jason into a pill-taking, alcohol fuelled spiral that is amplified by Tovey’s performance. Kene makes the most of his time on screen, especially in the concluding third as we meet an older Ade whose life outside of football has allowed him to come to terms with his sexuality. Kene never plays substitute, the underpinning subtly of Tovey’s performance can be largely accredited to the pair’s chemistry, but he gives Tovey the space he needs to exercise his emotional range. 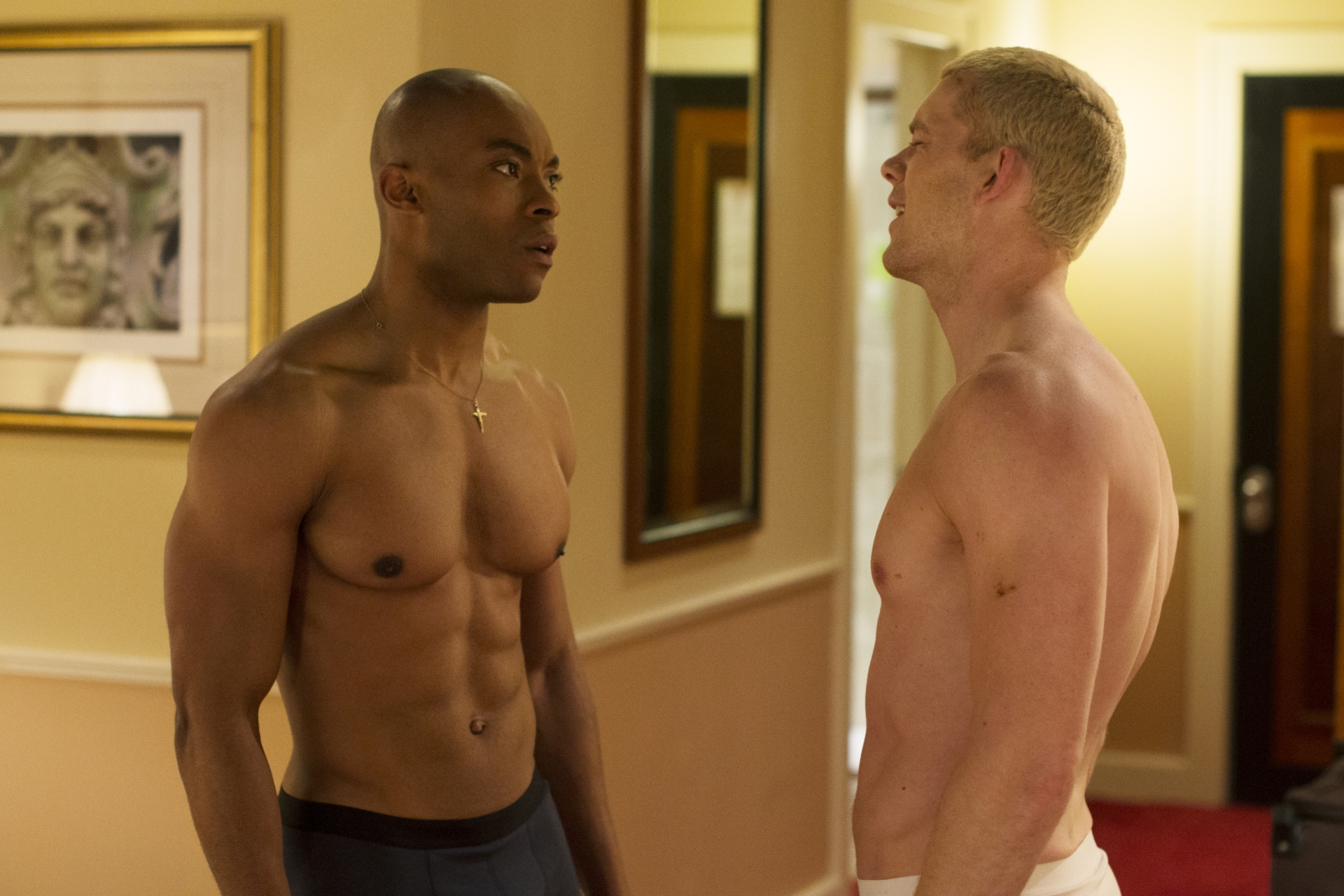 Williams sticks rigidly to a third act structure, splitting the game into three halves, each taking place over five years. The first and third benefit from Kene and Tovey’s chemistry and the film’s close examination of sexual identity in the game. The second chapter at times feels a little out of place sandwiched between the two stronger excerpts. Yet, Donnelly’s script uses each chapter to insightfully highlight the dark side of celebrity culture, as well as the press’s role in this sordid world. As if that wasn’t enough plates to spin, the intimate chamber piece has interesting discussions about religion, class structure and the isolation of fame that manage to seep through, adding compelling layers to an already eye opening behind the scenes experience. All this in just eighty seven minutes.

The film’s isolated settings echo its theatrical origins, allowing the film to concentrate more on script than spectacle. The claustrophobic settings perfectly mirror the isolation Jason feels from his true self, yet the translation from theatre to screen can feel hamstrung by Williams’ static camerawork, despite the director attempting to pump things up a bit in the final third. It’s a tug of war the film never manages to win.

Homosexuality in professional football is pretty much non-existent, as Jason states the world of football is still in “1066” when it comes to the subject. It’s a sad but true fact and as you are watching The Pass, you are continuously questioning how many real life footballers are going through this emotional turmoil. It strengthens the film’s inner turmoil and intensifies the emotional core, yet as the film concludes it leaves a harrowing depiction of a life many would aspire to have.