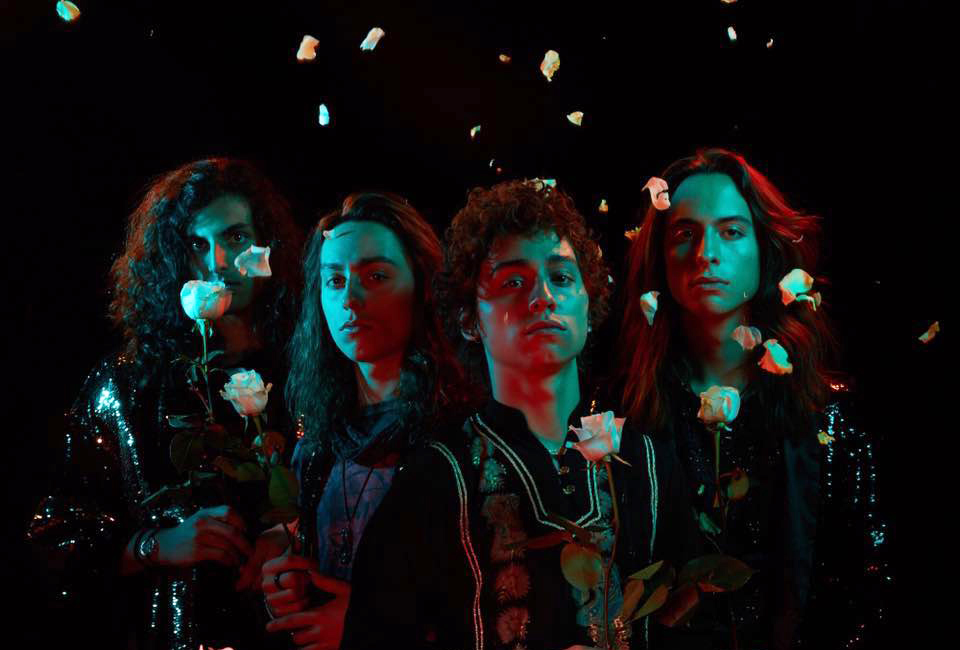 Until streaming was born, it was pop’s defining characteristic. Mods and rockers congregated on Brighton seafront to beat seven bells out of each other. Headbangers and New Wavers hurled creative insults at one another in 80s schoolyards. Kids and parents struck up bitter feuds over the question of the Rolling Stones’ musical merit – and then, somehow, it all went away. Who has a musical tribe in 2019? When you can listen to everything, why get hung up on anything in particular?

There are artists who buck that trend, however, and leave burning divisions in their wake – artists like Greta Van Fleet.

We included them in our Best Albums of 2018 roundup and then, in a brazen display of copy-catting, the Grammys awarded them for ‘Best Rock Album’. Classic Rock salivated so much at the prospect of a proper, hairy blues-rock band getting mainstream attention that they put them on the cover of their magazine and called them ‘the world’s hottest new band’. Slightly more restrained, Kerrang admitted they were ‘saddened that Greta didn’t take home the [Best New Artist] award, but can’t wait to see the next time they’re nominated.’

Somebody called Joe Jones, on the other hand, decided they were ‘the worst cover band for a generation’, and got quite upset about their win. A quick Google News search of their name brings up, among other things, a music blog called Alternative Nation running the clickbait title: ‘Red Hot Chilli Peppers Reveal If They Hate Greta Van Fleet At Grammys’. Three guesses If They Do.

The bottom line is – for some reason, Greta Van Fleet spark gleeful food-fights in the music media. Why is that? Why should this one band in the wash of six-string hopefuls accrue not only sales, but an infamy that they themselves have done nothing to court? Frontman and mouthpiece Josh Kiszka is a sweetie, and contrary to their hell-raising, face-melting tones, their band mantras are all peace, love and harmony.

They don’t claim to be God’s gift (which their musical predecessors most certainly did) – so why does everyone seem to think that’s what they’re trying to be? And more to the point, why does everyone care so much?

For one thing, they’re the first straight-ahead School of Rock, Rock of Ages, Wayne’s World rock band to do anything other than plod through clubs and theatres since 1989.

For another, they’re pretty – really pretty – which is more than can be said for literally any other blues-rock band of the past thirty years. Rock used to be beautiful. Jim Morrison, Jimi Hendrix, David Lee Roth – they weren’t just musicians, they were hunks. And you’d happily put GVF on your wall even if you didn’t have a Y chromosome.

For a third, they swagger in the grand tradition: like Oasis, Muse and other post-grunge world-conquerors, there’s a belief behind Greta Van Fleet’s shades that blues rock lost somewhere around 1994.

That’s why people take note – but why are they so angry? Two words: Led Zeppelin. Listen to GVF’s ‘The Cold Wind’ and you’ll get it. There’s a sense amongst the naysayers of spotlight stolen, of plagiarism masquerading as progress, and that that invalidates the fame they’ve achieved.

In some ways it’s hard to argue – they do indeed sound like Page & Co, and there’s no shortage of inventive rock music out there that doesn’t. Can’t someone else have a turn? Why does rock have to prove that it’s alive by going backwards?

Well, I think I’ve found a way of solving the problem. Here it is: take your music-playing device of choice into your bedroom, turn it up very loud and listen to Anthem of the Peaceful Army. Now ask yourself: if this album’s datestamp said ‘1973’, would you be calling it a cornerstone moment for heavy music? Don’t lie. Yes, you would.

Because – and this is the point – when you strip away the record industry claptrap and the teleological view of musical fashion, Greta Van Fleet are simply that most wonderful of things: a band with good tunes, man. There’s a passion and a power and a roar of electric joy in their music that you can’t cobble together from A&R fairy dust. They’re good.

And in the words of J.B. Priestley: ‘if any man thinks it’s easy to write like that, let him just sit down and try it.’