You’d become complacent if you were related to a superhero. If you’re out getting coffee with your super-powered kids, you know you’ll be safe. Nothing can touch you, which is a good thing if you’re being hunted by a meta-human who kills with a single touch.

‘Untouchable’, the latest episode of The Flash, is all about how complacent we become when we are with our family, and naturally, good cop, bad cop, dad cop, Joe West (Jesse L Martin) is at the centre of this episode. Joe knows that with Barry (Grant Gustin) and Wally (Keiynan Lonsdale) at his side, everything will be fine (it’s not), and it is Joe’s complacency that allows the show to scrutinise the West family dynamic.

The episode proves to the family that they are not untouchable. Certain events puncture their bliss, with each member shattered at the episode’s end. In a pivotal scene, Jesse L Martin will cause an overt emotional reaction. His tears seem sincere, his anger feels justified. Wally’s realisation he struggles with his powers beyond his natural ability is too similar to a jock trying to make the grade, but Lonsdale’s desperation and disappointment make Wally relatable — anyone who tries hard but can’t push past a certain ceiling will relate to his struggles.

That is the key to the Wests. They’re not super smart, and two of them aren’t super fast, but they are our lynchpins. Watching them react to all the crazy surrounding them allows us to imagine how we would react if our best mate suddenly had superpowers. It’s just a shame The Flash’s arch-nemesis turned up. 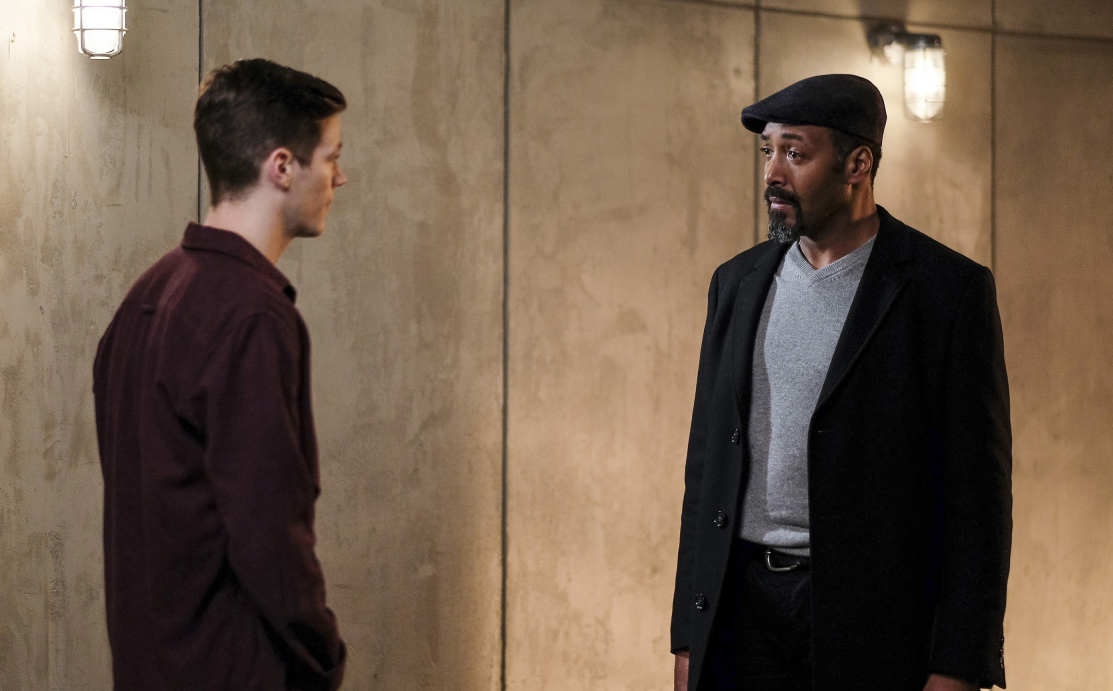 No, sadly the Reverse-Flash didn’t make an appearance, but the show’s greatest enemy is the speed it sometimes tells its stories. Often, zipping from plot point to plot point makes the show gripping. Here is no different, you won’t check your phone, but, ‘Untouchable’ is so melodramatic the rapid plot points don’t allow major revelations to stew.

The writers playing the ‘how many people can you fit in a Mini Cooper’ game but with the people being plot points and the Mini being the episode stops Iris (Candice Patton) and Joe from having any type of catharsis. Some of the scenes between them are heartbreaking, but their arc feels incomplete because there isn’t enough space left.

Fortunately, most of the plot developments are so giddy and pleasing. Barry training Wally unlocks a new dynamic between the two — sibling rivalry. The way they chide and compete against each other is familiar to anyone with a sibling. Turning Barry into a quasi-mentor adds more depth to his character. Gustin brings Barry an older brother’s cockiness, and their competition culminates in an awesome action scene involving a train and blocked train tracks.

However amazing that moment is, the best scene in ‘Untouchable’ is focused on family. Before Yorkin interrupts their family get-together, there is a nice bit of dramatic irony, as Joanie (Riley Jade) admits to crushing on Kid Flash, unaware he is sat opposite her. Barry, being the older brother, stirs the pot, jovially asking Joe to make his self-admitted Sophie’s choice: the Flash or Kid Flash? The scene serves as a reminder that The Flash’s emphasis on family is what distinguishes it from other superhero dramas, it’s just a shame there was too much going on that we couldn’t stay a while longer.

P.S. The Flash is taking next week off. He’ll be back on the 28th February, and if this week’s coda is anything to go by, it will be amazing.