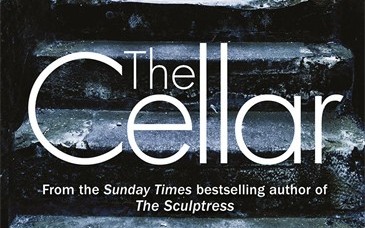 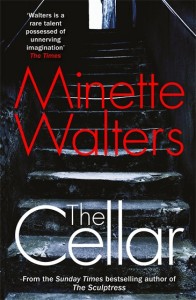 With a title as the ‘Queen of Crime’, Minette Walters has quite a reputation to live up to. The author’s latest novella, The Cellar, serves to further secure her place as one of Britain’s best-selling and most popular crime writers.

Walters’ sixteenth literary offering follows Muna, the stolen ‘daughter’ of Mr and Mrs Songoli. Muna spends her days cleaning up after the Songoli family, a slave to their selfish needs, desires and animalistic attitudes. Malnourished, mistreated and manhandled, Muna is a ghost to the outside world. In the dark of the cellar where she sleeps at night, the devil whispers to Muna, comforting her and planting devious thoughts in her mind.

Muna’s pitiful life changes for the better when the Songoli’s youngest son disappears. The family believe he was taken on his way back from school, but there’s no trace of him; neither the Songolis nor the police can figure out what happened to Abiola. The police presence gives Muna a renewed hope, as the Songolis can’t mistreat her with the law keeping a watchful eye on them.

Muna’s faux-family think she’s stupid, but she’s much cleverer than anyone suspects. She can speak English, memorise number sequences and is a powerful manipulator, acting the “brain damaged” child to appear the picture of innocence to the police and her nosy neighbour. As the Songoli family’s life falls into tatters, Muna grabs hold of every opportunity to better her situation, but her soul becomes blackened in the process.

I was engrossed in The Cellar from the very beginning. Minette Walters possesses the ability to delve into the very depths of human depravity; it’s disturbing but it also gives her story a very real complexity. The novella’s heart is its central character, Muna, who comes across as surprisingly strong despite her deprived situation. I felt weirdly conflicted about Muna; initially she comes across as a weak child in desperate need of saving, but as the story progresses it becomes clear that Muna is perfectly capable of protecting herself, even if she loses a part of herself in the process. She is what the Songolis have made her.

The Songolis are a hideous bunch and Walters does such an excellent job of making the reader detest them. Even Mr Songoli, who appears to show remorse for his disgusting actions, is beyond redemption. It’s natural to feel sorry for people’s misfortunes – of which the Songolis have many – but I couldn’t help feeling like the family received their just deserts. Unfortunately it seems as if Muna does too, though the ambiguous ending leaves room for interpretation.

The Cellar will shock and surprise as it whisks you through Muna’s oppressive tale. It’s the perfect novella for readers who love contemporary crime stories that rummage uncomfortably deep into the human psyche. It’s not pretty but life often isn’t, and Walters is able to capture this with ease.