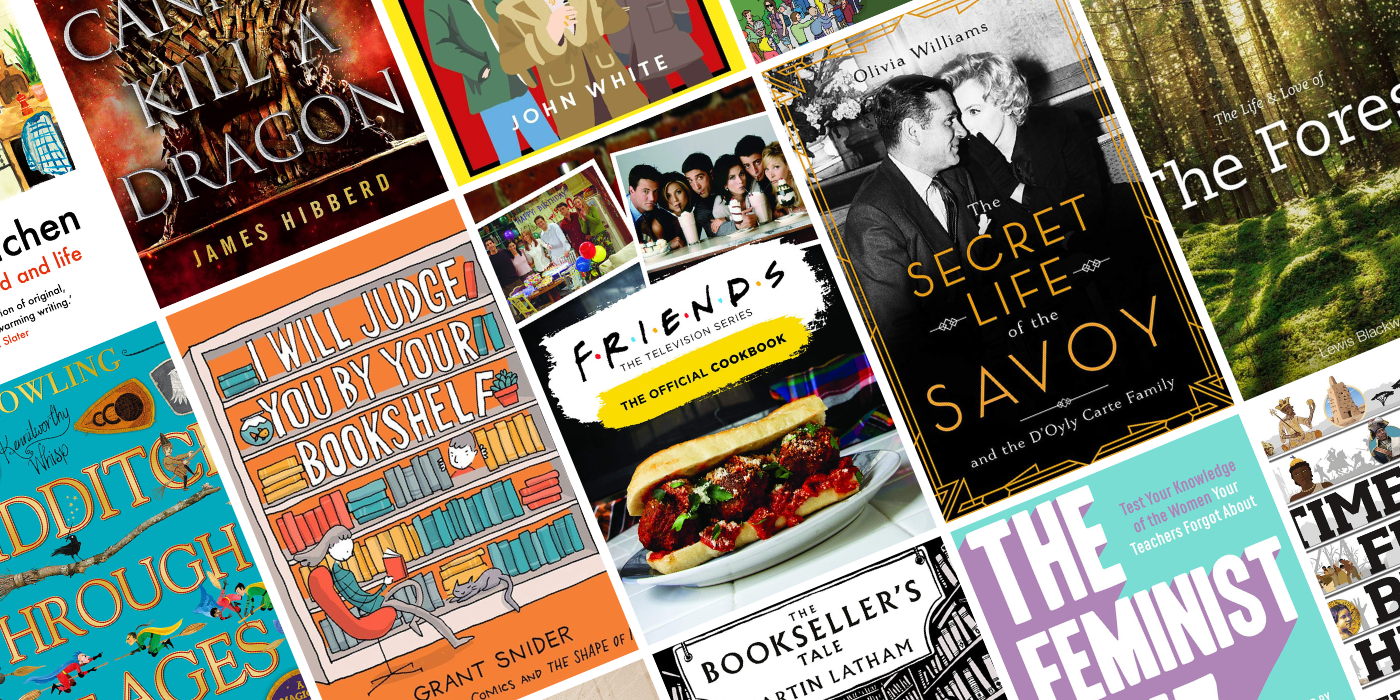 Theatre Review: In Search of a White Identity, streaming at The Actors Centre

Whether you’re looking for a thoughtful stocking filler, a fun Secret Santa gift or a special hardback that the recipient will treasure for years to come, we’ve filled our non-fiction gift guide with books that are guaranteed to bring a little happiness this Christmas.

In The Kitchen: Essays on Food and Life by Various 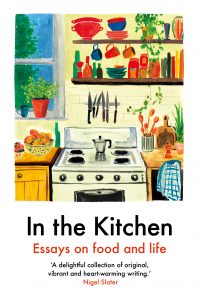 This follow-up to Daunt Books’ wonderful essay collection At the Pond swaps outdoor swimming for musings about food and cooking. Bringing together thirteen contemporary writers including Daisy Johnson, Rachel Roddy, Ella Risbridger, Yemisi Aribisala and Joel Golby, these original essays capture our diverse experiences in the kitchen, exploring how both making and eating food can shape our lives. It’s the perfect book for foodies who loved Ruby Tandoh’s Eat Up. Add in a limited edition A2 poster of the cover art for an extra special gift.

The Essential Compendium of Dad Jokes edited by Thomas Nowak 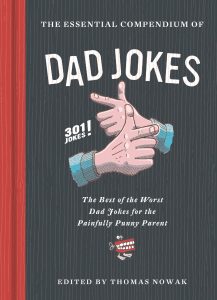 We’ve all experienced the groan that involuntarily escapes your mouth when someone utters a terrible joke. Dad jokes are simultaneously the best and worst of them – the kind of jokes that make you inwardly cringe and laugh at the sheer badness of them. Yet no matter how bad they may be, we can’t help but love them, and The Essential Compendium of Dad Jokes is a chuckle worthy celebration of this. Be prepared for plenty of painful puns and fun accompanying illustrations. 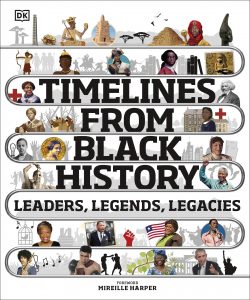 If you’re seeking a book that’s both inspirational and educational, Mireille Harper’s Timelines From Black History will make the perfect gift. With over 30 timelines to explore, it takes readers on a visual journey through the events and people that shaped black history – beginning with African origins and moving through the US Civil Rights movement, before arriving at the current black changemakers whose achievements continue to make the world a more diverse and equal place. It’s an important and creatively presented book for young and old alike. 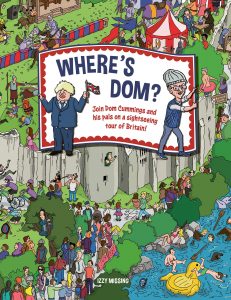 Life might have ground to a halt for many of us during lockdowns one and two but – as we know too well – that wasn’t the case for Dominic Cummings. Izzy Missing’s brilliantly tongue-in-cheek Where’s Wally inspired book follows Dom and his political pals on a sightseeing tour of the country. Eagle eyed readers can track Dom and co on cheeky day trips to Cheltenham Festival, Barnard Castle and Durdle Door, before finishing off as all great British adventures do, for a few pints at the pub. Only in 2020 could this book exist. When you see how hilarious it is, you’ll be glad it does.

The Life & Love of the Forest by Lewis Blackwell 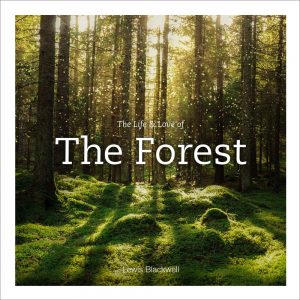 Lockdown has given us all an opportunity to appreciate the natural world around us. Leaning into this, The Life & Love of the Forest is a visual feast for nature lovers, particularly those who enjoy wandering in woods and hiking in forests. Lewis Blackwell’s captivating coffee table book showcases the work of leading nature photographers, capturing the vastness of our world’s forests, as well as the microscopic details that often go unnoticed. This is the kind of book that should be treasured, just like our woodlands.

Quidditch Through The Ages by J.K. Rowling and Emily Gravett 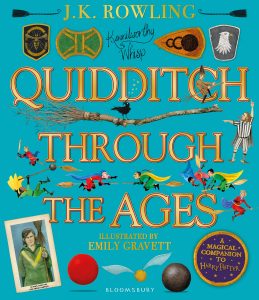 As Ron Weasely so famously said: ‘it’s the best game in the world.’ He was of course talking about Quidditch, the sport played in J. K. Rowling’s Harry Potter stories. This illustrated gift edition of Quidditch Through the Ages invites readers on a whistle-stop tour through the history of Quidditch, covering everything from its early origins and the fabled teams, to the great matches and moments as told by Rowling’s fictional writer Kennilworthy Whisp. With a portion of proceeds from the sale of this edition going to children’s charity Lumos, you’ll be giving more than one gift this Christmas. The fact that this is such a beautiful book is a bonus. 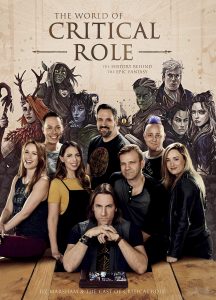 This guide to Critical Role is an epic gift for role-playing game fans. It offers readers a behind the scenes look at the worldwide phenomenon, chronicling how it went from a humble home game between a bunch of friends and voice actors to the world’s most popular fantasy RPG livestream. Featuring photos, illustrations, exclusive interviews and fascinating insights into locations, characters, the cast and the game community, it’s an inside story like no other. 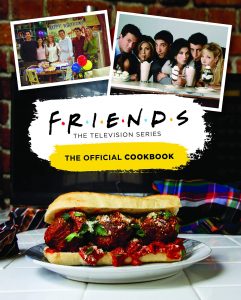 Could this book be any more amazing? Like the fashion and the catch phrases, the food of Friends is an iconic part of the TV series. From Ross’ Moist Maker sandwich (MY SANDWICH!) and Chandler’s grilled cheese, to Joey’s beloved meatball sub and Phoebe’s oatmeal raisin cookies (which are, apparently, the best in the world), this official cookbook is jam-packed with Friends inspired recipes to make your mouth water. More than anything, for anyone who watched and loved the show, this book is pure nostalgia. It even manages to make Rachel’s famous meat trifle appetising. It won’t taste like feet. Promise. 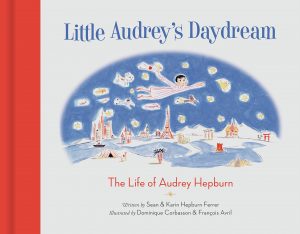 Written by Audrey Hepburn’s son and daughter-in-law, this personal biography introduces children to the late actress’s extraordinary life from her own perspective. Opening in Brussels, 1929, it recounts her childhood in Nazi-occupied Holland, her rise to stardom as a performer and later her life as a mother and humanitarian. It reads like a young girl’s daydream but is a real story of hope, perseverance, fame and family. Dominique Corbasson and Francois Avril’s illustrations are absolutely charming too, complementing the tale’s optimistic tone. You’d be forgiven for keeping this book for yourself.

Only Fools and Horses Quiz Book by John White 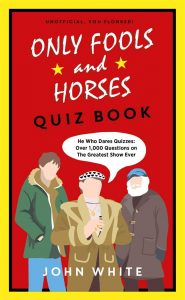 Show you’re not a total plonker with this Only Fools and Horses quiz book. It tests quizzers on everything from Rodney’s middle name to the ‘type’ of Beaujolais Del Boy orders in a wine bar to who played Grandad. Each round is catagorised, so quizzers will need to brush up on specific episodes, as well as Christmas Specials, main characters and more obscure elements of the show too. It’s a great opportunity to revisit the beloved British sitcom before taking on your family and friends, whether it’s in person or via zoom.

The Bookseller’s Tale by Martin Latham 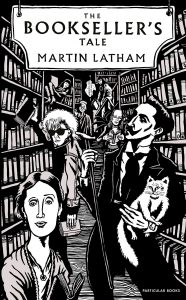 As a bookseller for over thirty years, Martin Latham knows a thing or two about books. In A Bookseller’s Tale he writes about the history of books and our collective obsession with them, offering up insightful stories and anecdotes from a career and life surrounded by writers, readers, librarians, collectors and all-round bibliophiles. Witty, perceptive and wonderfully written, Latham’s love for books shines through on every page. If you need a gift for a true bookworm, this is it. 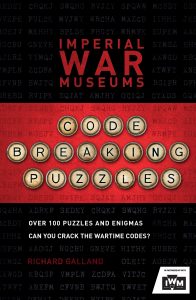 Seeking something to keep your dad or brother occupied over the festive season? Look no further than the Imperial War Museums Code Breaking Puzzles book, which has over 100 puzzles and enigmas to crack. Inspired by the code breakers of the 20th century, it’s a head-scratching cryptographic challenge that will test even the brightest minds. Don’t miss the tips, tricks and titbits, which will keep anyone who is reading and deciphering this book occupied for hours.

I Will Judge You By Your Bookshelf by Grant Snider 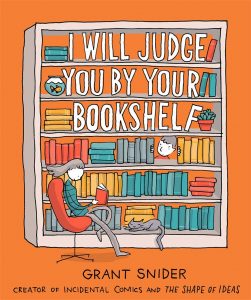 There’s no better gift for a bibliophile than a book about books. I Will Judge You By Your Bookshelf well and truly wears illustrator and comic strip artist Grant Snider’s love for literature on its sleeve. Each page is full of the sort of thoughts, feelings, habits, judgements and behaviours that every true bookish person will identify with. It’s a witty and perceptive love letter to not just literature itself, but to the art of reading and writing, and to all of us who share in Snider’s adoration of books.

Buy now: I Will Judge You By Your Bookshelf – Abrams ComicArts, £8.99 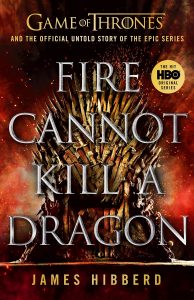 Game of Thrones might be over but the magic of the series lives on in James Hibberd’s Fire Cannot Kill a Dragon – the official untold history of the TV series. Like the show’s source material, this is an impressive tome full of intricate detail. It draws on Hibberd’s extensive knowledge and journalistic coverage of the show, his time on location and his interviews with the cast and crew, to deliver a comprehensive look behind the scenes. It’s an absolute must-have book for GOT fans.

The Feminist Quiz Book by Sian Meades-Williams and Laura Brown 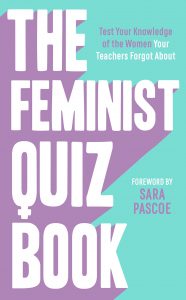 The Feminist Quiz Book is, primarily, exactly what the title suggests. But it’s also so much more. With a foreword by the brilliant Sara Pascoe, it has interactive categories that range from literature, drama and music to geography, mathematics and politics – all of it centred around women who challenged systems, who led and discovered and dared to think and act for themselves. It’s an inspiring and intelligent celebration of incredible women around the world, and there’s no better Christmas present than that.

Be Amazing! by Chris Hoy 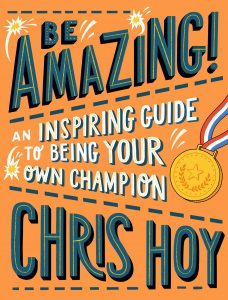 We all need a bit of motivation at the moment and Chris Hoy’s Be Amazing! is just the thing to inspire us to be the best versions of ourselves. In the book, Hoy discusses his own inspirations and how he achieved success by following his dreams, working hard and believing in himself. The book is a fun, digestible guide that’s packed with words of wisdom, practical strategies and personal stories from the world’s most successful track cyclist of all time.

The Secret Life of the Savoy by Olivia Williams 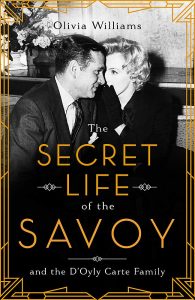 Telling the story of the D’Oyly Carte family for the first time, The Secret Life of the Savoy is a fascinating glimpse into the past. It explores three generations of the famous family who pioneered Britain’s first luxury hotel – from Gilbert and Sullivan impresario Richard, to his son Rupert, who inherited the family empire and took it through two world wars and the roaring twenties, to Rupert’s only daughter Bridget, the reluctant heiress. Williams’ biography is informative and hugely entertaining, painting a deliciously decadent picture of the glamour, theatre and scandal that surrounded the D’Oyly Cartes. 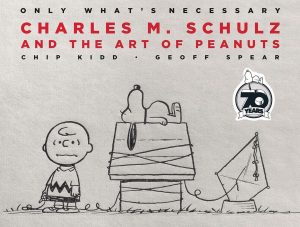 Celebrating 70 years of Snoopy and Charlie Brown, this special anniversary edition of Only What’s Necessary is the ultimate gift for Peanuts fans. It takes readers behind the scenes of Charles M. Schulz’s creative process, delving into his raw sketches, unpublished artwork, correspondence and the ephemera that have existed. It’s basically a museum in book form; an eye-catching and fascinating tribute to a man whose comic book creation is still timeless all these years later.

John Lennon 1980: The Last Days In The Life by Kenneth Womack 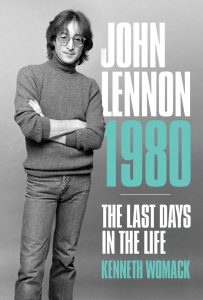 October 2020 would have marked John Lennon’s 80th birthday. In a fitting tribute to the man and his legacy, Kenneth Womack’s biography delves into how Lennon lived in his final year, a year of creative revival and possibility. It, rather gratifyingly, doesn’t focus on how he died, but the way he lived, from the minutiae moments to the monumental. It paints a vivid image of creativity, humanity and warmth – things that will never go out of style. Like Lennon himself. 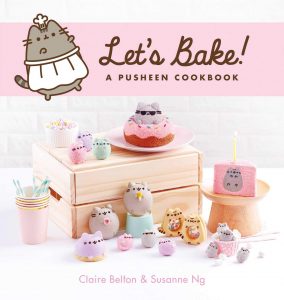 This year has seen so many of us turn to food for comfort, not just in the eating but in the making too. Let’s Bake: A Pusheen Cookbook is a vibrant, colourful delight, filled with delectable Instagram-worthy creations to make and decorate. Whether you prefer cookies, cakes or breads, creator/artist Claire Belton and creative chef Susanne Ng have shared forty fun, adorable recipes to keep you busy over Christmas and well into the New Year. With food this cute, who could not be happy?

Theatre Review: In Search of a White Identity, streaming at The Actors Centre

Fantastic Beasts and the View of a Harry Potter Nerd