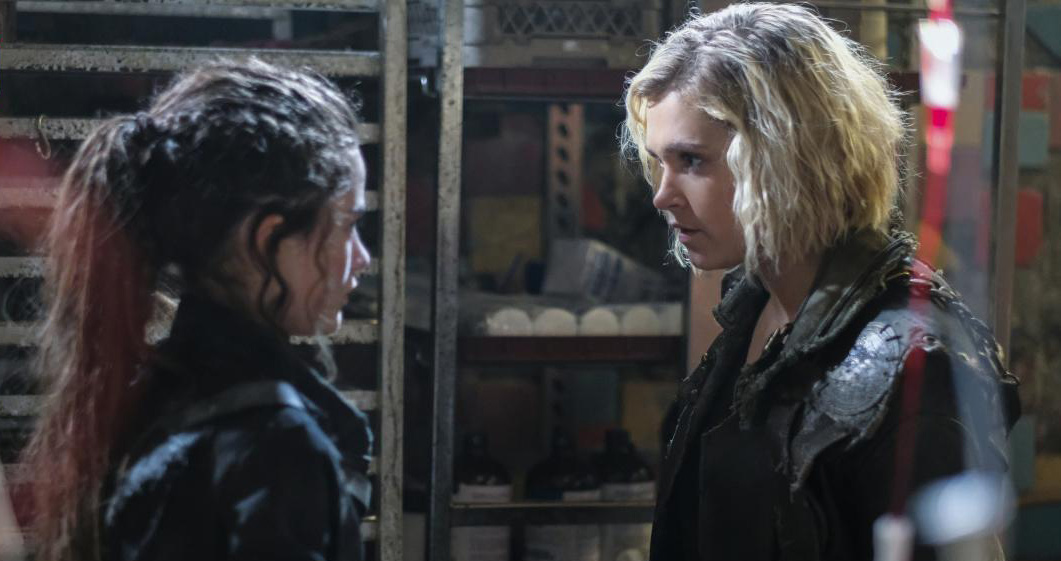 Never before has an episode of The 100 been so heavily built up beforehand than that of this week’s outing, ‘The Dark Year’. The season up until this point has been dropping hints at the horror of the Dark Year, with characters speaking about it only in hushed whispers and carrying the burdened weight of it on their shoulders. Last week the episode even got its own early screening at San Diego Comic-Con, further building up the buzz for those who had to wait the week to see it air on TV. But, despite all that build-up – or maybe because of it – the actual episode of ‘The Dark Year’ felt a little lacking, serving to flesh out a history many fans had already guessed at a long time ago through a questionable framing arc, while the major characters and storylines that have been driving the rest of the season were sidelined, even as the plot inched ever forward towards war.

Of course, that doesn’t mean that the episode wasn’t a powerful one, bolstered by strong performances, some tensely played-out scenes and a growing sense of abject horror that meant it was impossible to look away from what was happening. The bunker flashbacks did their job – they were both brutal and effective – while the present-day timeline was strengthened by the bringing together of fractured groups and plot lines to all work together towards bringing this season to its head. But, at its heart, ‘The Dark Year’ was all about choices – impossible choices, questionable choices, and what happens when you take those choices away – and it’s on that point that the episode became something altogether more complex.

It’s not a stretch to find out that Wonkru had to eat its own people to survive in the bunker; not only did fans guess as much the moment the season four cliffhanger revealed the bunker hadn’t been opened yet, but the show also made sure to point out the role cannibalism played in the Ark’s history back in episode two as well. So, rather than simply confirming what we all kind of knew, the flashbacks this week took a different tack and focused on the individuals behind the choices: Octavia, the leader, bearing the burden of choice so her people don’t have to; and Abby, the doctor, offering the most extreme solution to a horrible situation, and trying to cope with her choice ever since. Abby is the one who suggests the alternative source of protein, and Abby is the one who pushes Octavia to force everyone into compliance, but it’s Octavia who makes the decision and Octavia who has to kill those who refuse to eat.

Octavia has proven a divisive figure in season five, but Madi summed it up best when she threw Clarke’s words back at her after hearing about what happened in the Dark Year: “She bore it, so they don’t have to.” Octavia may be a dictator, and she may take away her people’s choices and force them to follow one path not everyone may agree with, but, at least in her mind, she’s doing it to ensure the survival of the human race and she’s putting all the responsibility and all the guilt that comes with those choices on her own shoulders. For Octavia, fighting this war for Shallow Valley is just another trial – another decision she’s made for her people to ensure all the other horrible, impossible choices are justified, and there’s no denying that it adds another fascinating layer to Octavia’s character. 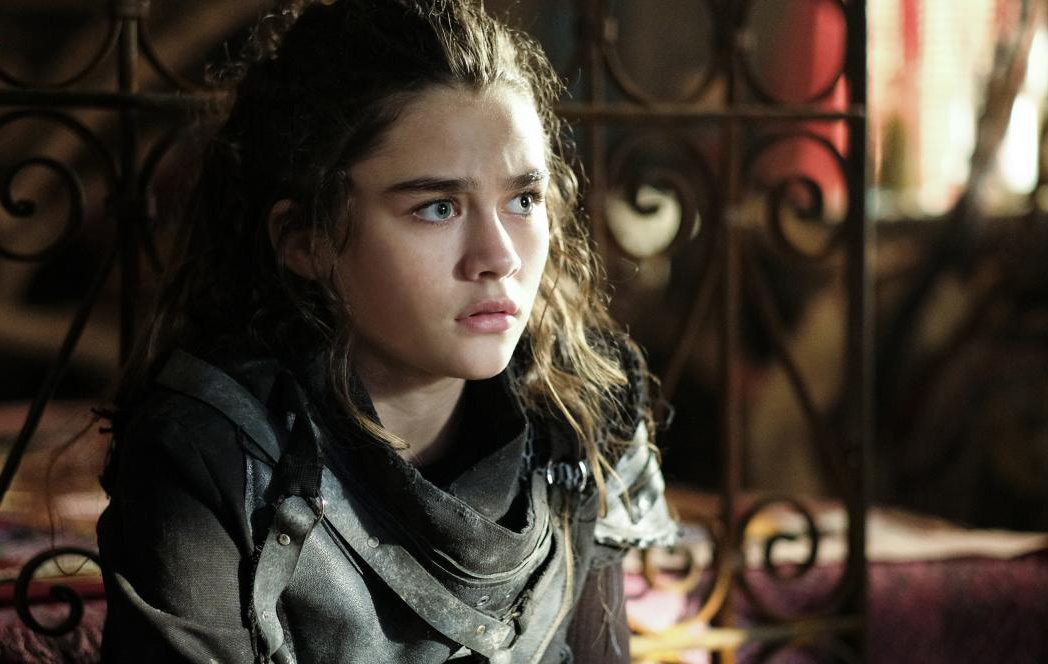 Where ‘The Dark Year’ gets a little murky, however, is the decision to tell this story via Abby, and to give this information to Clarke and Madi. Clarke, in particular, doesn’t need a lesson in the consequences of making the hard choices to save your people and Madi, now that she’s got the flame in her head and the previous commanders whispering memories in her ear, doesn’t either. As far as Abby is concerned, while the Dark Year may be a crucial moment in understanding the root of her addiction, it doesn’t feel like enough to anchor the episode on – there should be more to the story, but The 100 hasn’t been keeping Abby interesting enough this season to warrant telling it.

Instead, it would have been more interesting to see the revelations coming from Kane’s perspective as he hides out with Diyoza, the Spacekru and everyone who managed to escape McCreary’s civil war. Here we learn that Kane’s girlfriend and the girl he took under his wing played a crucial role in the Dark Year coming to pass, as well as the fact that they used his morality to make him a key part of Wonkru’s submission, leaving Kane with deep-rooted emotional and psychological scars. “How do you choose between a monster and the devil?” Kane asks Diyoza at one point while weighing up which side to fight on. It’s a testament to the extent of Kane’s trauma that the episode ended with him choosing McCreary, the “monster” to Octavia’s “devil”, as the lesser of two evils.

Bellamy, too, could have benefitted from a bit of insight into the Dark Year, at the very least to scupper his belief that Octavia’s been living out her storybooks by choice and not by necessity. Considering everything they’ve been through, it’s hard to see how the Blake siblings will ever come back from this – and what’s worse is that Bellamy and Octavia know it too. Their conflict is a given now, something simmering under every interaction even as Bellamy begrudgingly follows his sister into war – although not for her, he stresses, but for his family, which is something he no longer appears to consider Octavia to be a part of.

‘The Dark Year’ serves not so much as a justification as an explanation for some of the more jarring character changes brought about by the time-jump, from Abby’s addiction and Kane’s antagonism to Octavia herself and the brutal approach she takes towards leadership, all while The 100’s favourite questions of what’s right and what’s wrong rumble on ever-present in the background. It also paved the way for war, with a battle plan in place, two armies awaiting orders and unexpected allegiance shifts across the board too. As of the end of this week, Madi, Clarke, Abby, Kane and Diyoza are all helping McCreary (in whatever way, whether it’s the right side or not), while Bellamy, Echo, Raven, Shaw, Murphy and Emori are all fighting for a Wonkru victory.

Now that the spectre of the Dark Year is no longer hanging over the series, The 100 is entering into its two-part season finale unfettered by storyline expectations and weighted episode titles. Instead, we’re heading into ‘Damocles’ season – and all the expectation of doom and misfortune that the story of the Sword of Damocles brings with it – and there’s only one way to respond to that: Bring. It. On.