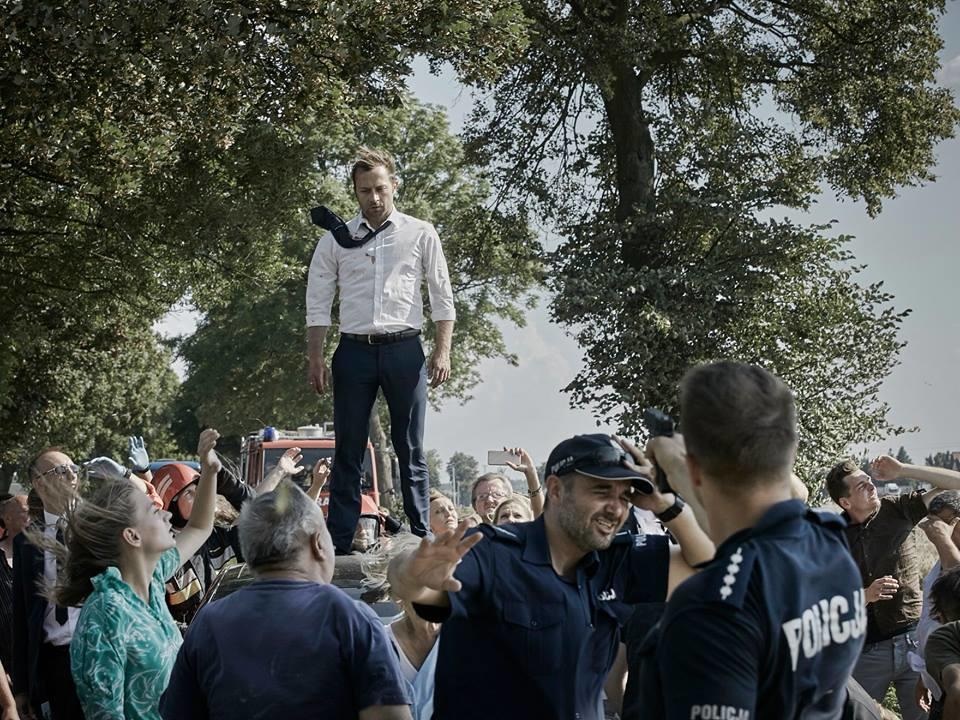 It all happens on a dusty stretch of road in the middle of nowhere. Iwona (Agnieszka Skibicka) has finally worked up the courage to leave her drunken husband, and she takes their two kids with her. But then an accident – horrendous and tragic – happens. In a second, everything changes. Supernova charts the fallout from that accident: an escalating series of crises that are constantly on the brink of combustion.

It’s hard to overstate just how intense an experience that Supernova is, especially without ruining anything from the twisty, expertly-constructed plot. The level of human anguish involved, the upsetting nature of the accident, the naked fury and devastation it evokes in so many of these characters. It’s the kind of film that makes you forget to breathe for large swathes of time. There are so many dramas playing out simultaneously; so many furious men who seem capable of doing anything.

One of the many impressive elements of Bartosz Kruhlik’s debut feature is that even though the emotional tenor is consistently dialled up to eleven, not once does the action feel inauthentic or stagey. This is in large part due to the performances. The standout is Marcin Zarzeczny, who plays Michal, Iwona’s husband. Of all the characters, Michal is the one who spends the most time teetering on the edge. He is scarily animalistic in his drunken fury, but what sears you is his devastation. Over the course of the film’s eighty minutes, he loses everything that’s important to him. Everything. Witnessing his self-destruction, played with such raw and naked emotion, is hard to do. Zarzeczny’s performance is so potent, sometimes I found myself having to look away.

Under all that high-intensity action, Kruhlik layers a fervent critique of societal corruption. Adam (Marcin Hycnar), the man responsible for the accident – and whose immediate response is to run away from the scene of the crime – is a politician. With an uncaring oiliness about him, as well as a fancy suit and a fancier car, he’s an easy figure to root against. When the crowd that has been gathering around the scene recognise him, and realise what he has done, they know that the police – under the thumb of a crooked government – are going to let him off. Understandably, that makes them furious. As the people rail against an elite who couldn’t care less about them, and the elite huddle in their expensive car, it looks like a riot is destined to break out.

And then Kruhlik does something surprising. As events reach boiling point, he decides to pull back. Whilst until that point Supernova has been sweaty, grimy and street-level, for the finale, Kruhlik chooses to comment on what we’ve seen with a cooler, more philosophical gaze. Though the sudden tonal change comes as a jolt, it’s also valuable to be given that moment to breathe and reflect on everything that has just happened. The finale lets us place all the blood and fury and frustration in a wider context. It’s a thoughtful way to end a film that has been so much about feeling.