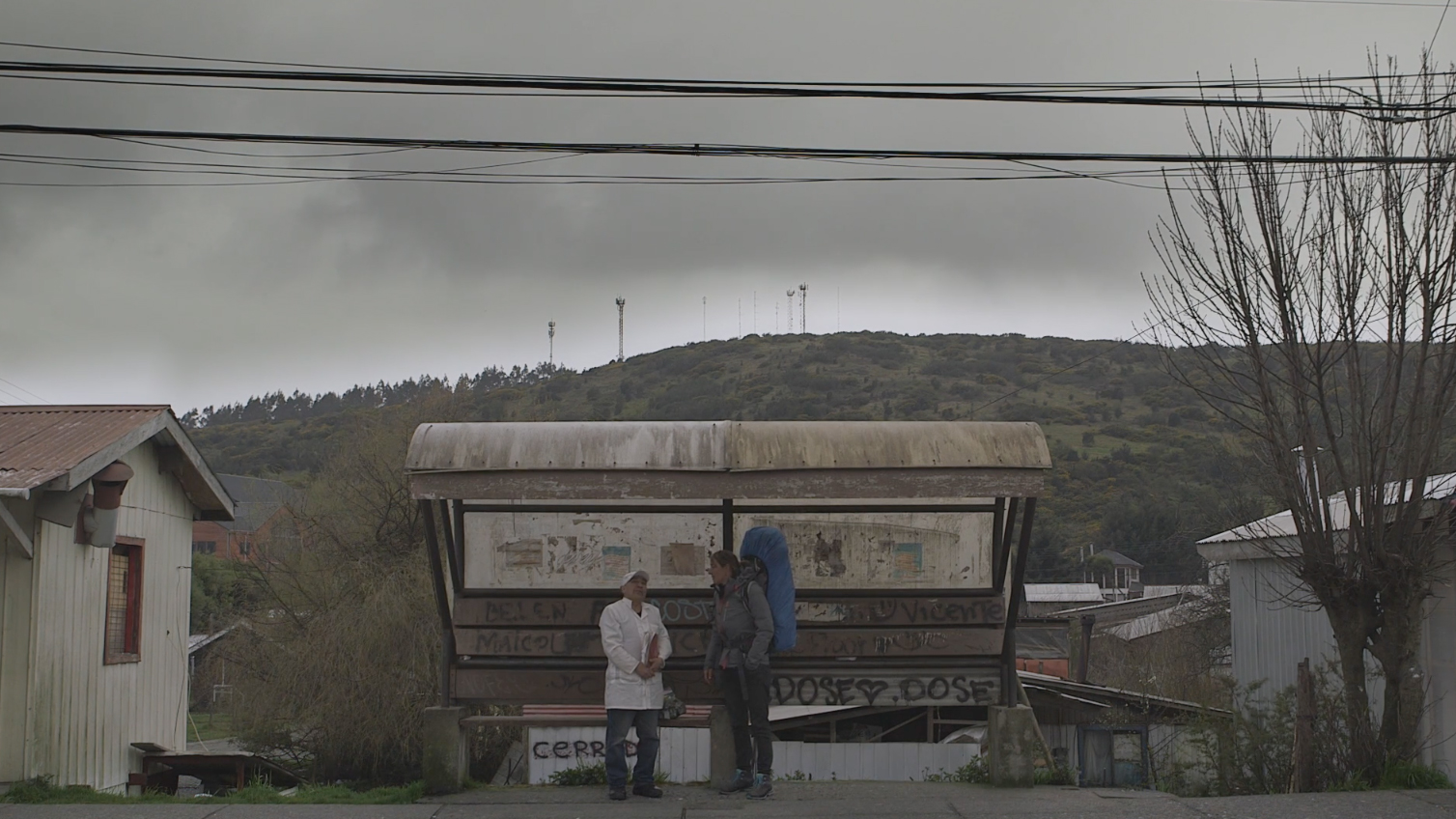 Space Journey (El Viaje Espacial), the feature documentary debut of Carlos Araya Díaz, takes us on a tour of Chilean bus stops. Which, to be honest, is not the most exciting premise of this year’s Sheffield Doc/Fest. In fact, it sounds almost farcically unexciting. But trust me on this one: Space Journey is a movie you’re going to want to see.

For starters, a fair few of these Chilean bus stops wouldn’t look out of place in a museum. Yes, there are the broken down repositories for urine and graffiti that you’d find in any country, but some are genuinely impressive pieces of architecture. Bonafide works of art. When you combine them with the ravishing scenery on show in the background – Chile is famous for its dazzling variety of landscapes – this is a very handsome film indeed.

The main draw of Space Journey though, is not the bus stops or the landscapes but the people who congregate within them. Araya Díaz situates his camera across the street from the bus stops, so the people are viewed only from a distance – it’s rare that we get close enough to pick out facial expressions. Sometimes it’s tricky to discern who’s talking. You can, however, hear every word they say. It’s fascinating, informative, and often funny to listen to the small talk between strangers as they wait to be taken from point A to point B. You never know where these conversations are going to go, either. One of my favourites happens when an older man asks a younger woman about a discarded fruit on the road, ‘Hey, is this your lime?’, ‘No’, she replies, ‘but I could use one!’ Then, with whiplash-inducing speed, these two strangers start talking about Chile’s problems with gay rights.

Politics predominates the conversations in Space Journey, mostly topics surrounding immigration. One of the bus stops is situated outside an immigration office, and in one scene, as a group of waiting passengers watch the lengthy queue outside, they discuss the ways in which immigrants are taken advantage of by duplicitous employers. Whilst that group are sympathetic to their misfortune, not everyone is. Later on, a man, who beforehand has appeared amiable and even rather charming, says to another man that there’s ‘too many Haitians! They’re scum!’ His interlocutor agrees. The ease with which he feels free to share this malice, and with a perfect stranger, is quite shocking to witness.

But then bus stops are strange places. Liminal, like airports and train stations. They grant an anonymous kinship to those who shelter within. The knowledge that any interactions will be time-limited seems to bestow a certain type of freedom. You don’t expect to see these people again, so there’s less pressure to reign yourself in. Sometimes that results in an exchange of hateful opinions, but more often – at least in Space Journey – it creates these lovely, unexpected moments of community. Like a group who were planning to perform a song on the bus, who give a lady waiting with them a special preview. Or a Chilean local who tries desperately to help an American tourist with directions, despite the fact that she doesn’t have a clue what he’s saying.

Space Journey has gained an extra poignancy in this era of the pandemic. Very few – if any – people would admit to relishing their commute or their wait for the bus, being squidged up amongst strangers as they long to get home after a hard day at work. Yet as we have seen during the last few months, you sort of miss it when it’s gone. There’s a real beauty to those moments of shared humanity, as smelly and uncomfortable as they may be. Araya Díaz’s documentary reminds us of the unexpected joys of sharing space with strangers, and gives us hope that one day soon, we’ll get to experience it again.

Space Journey is available to stream until 10 July via the Sheffield Doc Fest website for £4.50.