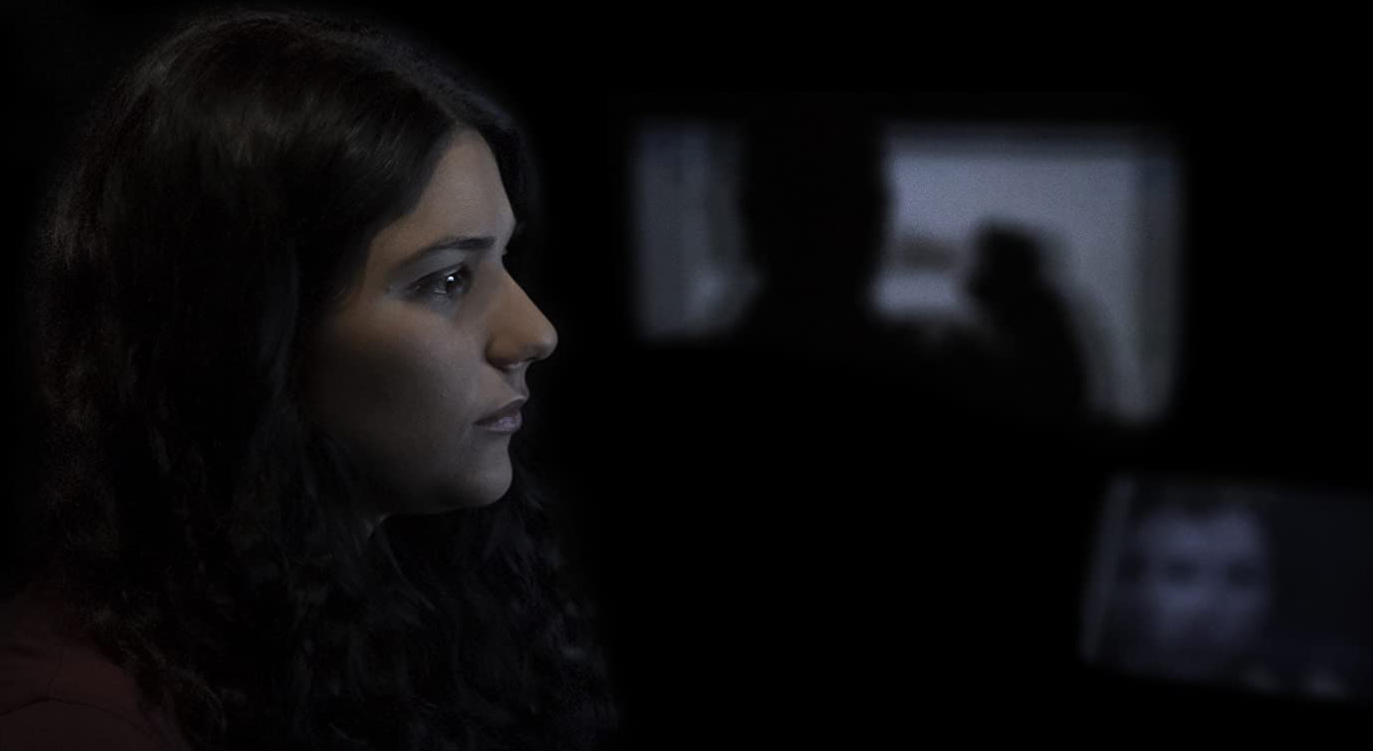 It’s a simple concept, on the face of it. Filmmaker Ra’anan Alexandrowicz sets up a viewing booth, supplied with twenty pro-Israeli videos and twenty pro-Palestinian. He invites a selection of interested American students to watch the videos and comment on what they see. That’s it.

Though he enacted this exercise with seven students, The Viewing Booth only shows one – Maia, who would admit that she’s coming to the videos with a biased perspective. Her parents are Israeli. She believes that the Israelis are right, and the Palestinians are wrong.

So we watch her watch the videos. It’s easy to see why Alexandrowicz has chosen to focus on Maia over any of the other students. From the beginning, she’s very clear at expressing her point of view. There doesn’t seem to be any difference between what she’s saying and what she’s thinking: we are watching her thought process play out in real time. Often, when she views something that is viscerally moving – a child being hurt or scared – you see her react first empathetically, and then cynically. It’s like she’s self-correcting. Anything that threatens to contradict her world view is accused of being ‘staged’ or lacking ‘context’. Even when her initial assumptions are proven wrong – she assumes a group of boys throwing rocks at the camera are Palestinian because she doesn’t ‘think Israelis would do this’, yet they are in fact Israelis – she always falls back on those same ‘explanations’.

Watching Maia stick so resolutely to her biases in the face of such compelling evidence that opposes them is frustrating, and still you have to admire her honesty. She admits her thinking can be flawed – she acknowledges that the fictional Israeli show Fauda has coloured her view of the conflict – but she doesn’t change her thinking.

Sometimes she’s right. In the second half of the documentary, Alexandrowicz invites Maia back, six months later, to watch herself watch the videos. Unlike the first time, where he let her comments go by without challenge, he interacts with her. When, during their discussion, she says ‘film is only so real’, it’s hard to disagree. Filmmakers are biased, just as audiences are. Behind Maia’s biases there’s an understanding about the way that all filmed images are produced with the intention of causing a reaction. Alexandrowicz – a documentarian who focuses on the Israeli/Palestinian conflict – tells Maia, ‘You are the viewer that I’ve been making these films for,’ and calls her comments ‘a harsh mirror’. He’s trying to change hearts and minds, and she makes that look impossible.

You can’t draw a broad conclusion from the opinions of one person, and yet still, the questions that The Viewing Booth asks could provide clues as to why society has reached its most polarised state in living memory. Based on Maia’s experience in the booth, it seems as if ingrained bias is an insurmountable obstacle. People are always going to find ways around footage that contradicts their opinion. And as technology makes images ever easier to manipulate, the situation is surely going to get worse. What are we going to do when we really can’t believe what we see?

There are no easy answers here, but the questions asked by The Viewing Booth will surely spur a series of fascinating, important debates. If you care about documentaries, current affairs, or the future of society as a whole, this is vital viewing.

The Viewing Booth is available to stream until 10 July via the Sheffield Doc Fest website for £4.50.