With I, Daniel Blake in 2016, Ken Loach struck gold. It was an incisive investigation of the welfare state and the bureaucratic nightmare of those trapped in the system. It pulled over $15million worldwide and the follow-up, Sorry We Missed You, is similar in how it uses a prescient social issue to drive its narrative forward. Rather than benefits, Sorry We Missed You takes on the “gig economy” as workers rights have been stripped away between unrealistic targets, a lack of security in self-employment and contract jobs – with families bearing the weight of the consequences.

Sadly, via the Turner family, the multiple problems of the British working class become a busy collage of difficulties, bad luck and brutal, heart-breaking realities. A clear, single story is difficult to pin down and the overwhelming loose threads distract and struggle to be woven together. Ken Loach, akin to I, Daniel Blake, Kes and Cathy Come Home, is revealing a truth that must be heard – a damning indictment of Conservative Britain in 2020. But the problems of the film cannot be ignored and Sorry We Missed You is significantly weaker that its Palme D’Or winning predecessor.

Set in Newcastle, Sorry We Missed You begins with Ricky Turner (Kris Hitchin) at a job interview. While it feels like a normal procedure, the standard expectations of the job are not as clear-cut as you’d think. For example, he will be personally charged if his equipment is lost or broken. He has to buy his own significantly expensive personal van (or rent, at a ridiculous cost, a van from the company directly). He has to meet specific targets – and is tracked throughout the working day. The tight restrictions wrapped into a “you’re in control” mantra is unsettling but clearly a reality for so many. 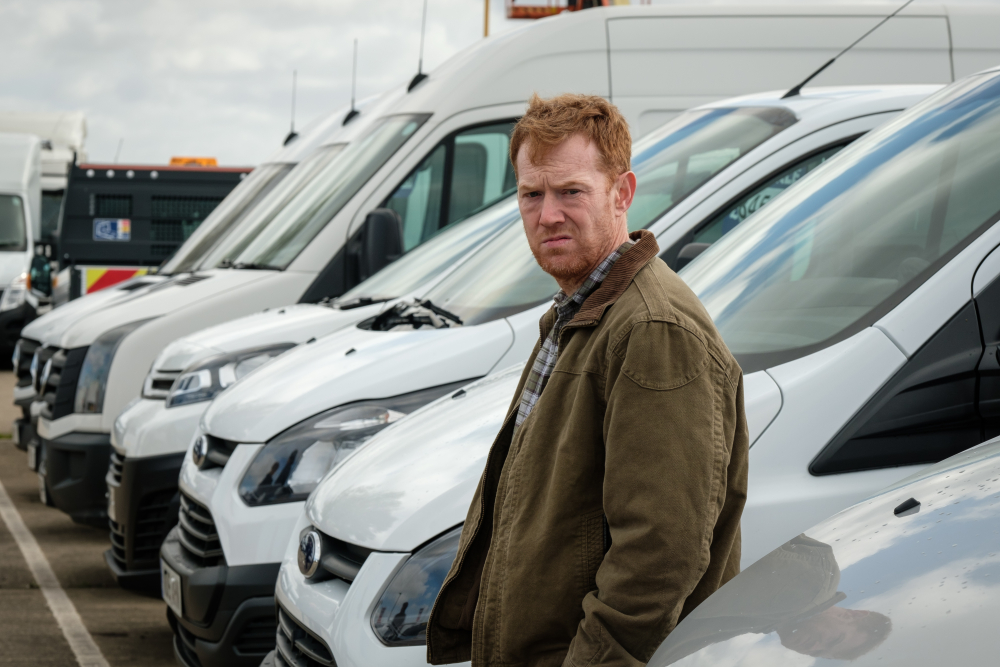 The job is delivering parcels. Signatures are required and IDs must be presented. Traffic, incorrect addresses, rude customers are all part and parcel of the job at hand, and his “boss” (Ross Brewster) doesn’t care for anything that gets in his way.

His wife Abbie (Debbie Honeywood) is a social carer, travelling to elderly and disabled clients, supporting them in a way that most of us would struggle to even achieve with our own family. Similar to her husband, she has limited time with each client and any challenges, refusals or unexpected bodily fluids that appear to slow her down do not matter a jot.

To make matters worse, they sell their car to support Ricky’s sincere efforts to excel as a delivery driver. Missing their parents, daughter Liza Jane (Katie Proctor) is finding it difficult to sleep and son Seb (Rhys Stone) is bunking off school to become a street artist. 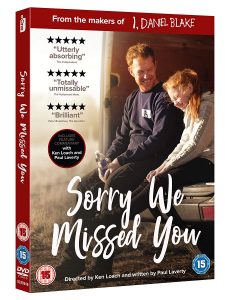 Ricky’s story is the core of Sorry We Missed You, and the pressures put on him are immense. Loach manages to capture the subtle, growing issues that claw away at him and infect the family unit. But as characters discuss their social struggles it begins to feel false. The disillusioned Seb has his own political position, for example, and it is awkwardly shoehorned into an argument or conversation. The many problems of the UK are on display in Sorry We Missed You, and they are ugly. But the lack of a clear focus and analysis of one particular problem means that it is too much to process. The final act squeezes in a commentary on the overstaffed and underfunded NHS but I would have rather seen a Ken Loach film that is exclusively about the challenges they face.

Sorry We Missed You is successful in showcasing the real challenges of Britain. We rarely see the carers, package deliverers and working class of Britain outside of documentaries. But if Ken Loach fails to engage an audience in the first instance, then viewers are lost before learning the intricacies of a crumbling inequal system.

Sorry We Missed You is out on Digital, Blu-ray and DVD now